Can a Smart Nation be led by Dumb Asses? 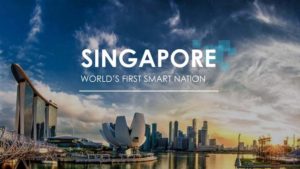 Singapore is in the throes of change. MRT stations and many other places where monetary transactions take place – including at hawker centers –  are going cashless, food courts deploy robots, robots fry our rice, parking coupons will soon belong to museums, etc etc as we plunge ahead to become the world’s first Smart Nation.

Change, however, cannot be foisted on people.

Most people, no matter how old they are, grapple with change.

Some cope better, some struggle and are traumatized by change, especially the less educated and the elderly ones. To paraphrase Dickens, this could be the best of times, as well as the shittiest of times.

As we aspire to merge technology into every aspect of life on our small island, it is vitally important to ask several questions:

More than three decades of helping organizations and companies lead and manage change – yes, welcome to my life! – have convinced me that unless and until these questions are sufficiently answered, failure is almost certainly guaranteed. Ask those clowns at SingTel. (You jokers there know what I am talking about!!!) This will lead to disillusionment, widespread skepticism and cynicism, and even the potential of sabotages, and any more talk of further change in the future will be even more strongly resisted and fought against. You cannot force change down people’s esophagus especially when leaders themselves are the last to accept the changes they preach about. Furthermore, such outcomes may lead to societal upheaval, dividing Singaporeans into “haves” and “have-nots,” “cans” and can-nots” – no longer a “united people” as per our national pledge, surely something our founding fathers do not want.

No joke, those dumb asses and clowns in charge ought to know that change is no laughing matter.