Come on, it’s Bullshit, no Matter What you Call it 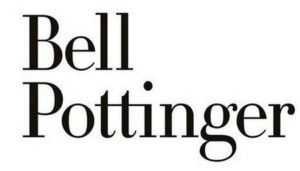 In a newspaper headline stating that “PR firm Bell Pottinger Asia mulls over name change after crisis hits UK parent” Bell Pottinger Asia Chief Executive, commenting on a crisis that has engulfed its British parent over a campaign in South Africa said, “Sadly an incident by a small team has been blown out of proportion…”

Well, it seems rather fashionable nowadays to label certain news as fake, or “blown out of proportion” especially when they put certain people in a negative light. Even spin doctors themselves resort to this behavior when news pertaining to their organizations are deemed unfavorable to them.

The PR firm’s work on a campaign for Oakbay Capital, a South African company had “incited racial hatred” and was “absolutely unthinkable,” said PRCA.

Bell Pottinger’s unprofessionalism came to light when South Africa’s opposition Democratic Alliance complained to the PRCA, accusing Bell Pottinger of a “hateful and divisive campaign to divide South Africa along the lines of race.”

Even Bell Pottinger’s own law firm Herbert Smith Freehills, which examined more than 45,000 documents, has confirmed that certain material created by Bell Pottinger for the campaign “was negative or targeted towards wealthy white South African individuals or corporates and/or was potentially racially divisive and/or potentially offensive and was created in breach of relevant ethical principles.”

Several blue-chip clients have since left Bell Pottinger over the affair, including luxury goods giant Richemont.

One day after making that pronouncement, Bell Pottinger in Singapore indeed changed its name to Klareco and declared that it has formally separated from its parent company in the UK. (Bell Pottinger UK was the majority shareholder of the outfit here.)

But come on, let’s call a spade and spade and not downplay what has happened. Instead, use the episode to garner some learning points on transparency, governance, accountability, and a clarion call for greater scrutiny of the world of international corporate BS, er, I mean PR. A name change is not a strategy. It tantamounts to deception, the last thing a firm in crisis should resort to.

But it did, and so what can I say but to leave you to draw your own conclusions.

But first, a question: How many legs does a dog have if you call its tail a leg?

Answer: Four. Calling a tail a leg doesn’t make it a leg.

I rest my case.