The Sarkies brothers were a group of brothers of Armenian ethnicity, born in Isfahan, Iran and best known for founding a chain of luxury hotels throughout Southeast Asia.

These include the Raffles in Singapore, the Strand in Rangoon, the Oriental in Bangkok, and the Eastern & Oriental in Penang. They also founded some other hotels that are no longer operating.

My recent stay at the E & O completes a personal wish to stay in all these great hotels at least once. (Click on picture to enlarge.) 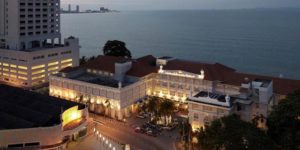 But it wasn’t a very pleasant experience.

I stay in suite 121 from September 18th to 21st at the old wing, called the Heritage Wing. 121 is on the first floor or second level and is a longish room – you walk in, turn right to find the toilet, and next to it, a walk-in wardrobe with a dressing table; walk some more and there’s the bed room, the living room and a working area and then a window with a view of the sea front.

Housekeeping standards were dismal, amenities were not replaced, and for the price they charge you would have thought they would include a shaving mirror in the toilet; the floor creaked and the entire old wing – plus my suite – had a very eerie feel. Staff didn’t seem motivated or enthusiastic, some told me business is really bad and the evidence was that when I showed up at the Farquhar’s Bar at about 10:00pm on the first night – was craving for a Partagás Lusitania – I was told it had closed early. (The bar was supposed to be opened from 11:00am to midnight.)

Upon check-in, the Rooms Division Manager sent a card to the room and you could see it was pre-written with my name filled in later. And guess what? They got my name wrong – I am NOT Mr Wright! 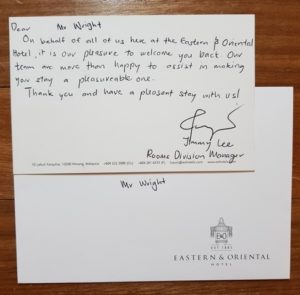 The bathtub was enclosed in wood and guess what it looks like! 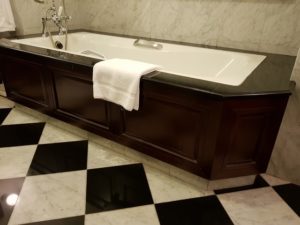 It doesn’t help with so many stories about the hotel being haunted and this being the Chinese 7th month when the gates of hell were supposed to be opened and ghosts roamed freely.

I slept all three nights with all the lights switched on. (Yeah, humans I can handle, but I have enough of grappling with ghosts.)

Then the waves from the sea started to cause a racket all night, every night.

All in all, an unpleasant stay.

If the staff smile a little more, it might help, but smiles were infrequent at the E & O. I smiled at some who actually turned away.

I know my wife didn’t marry me for my looks, but I’m sure I’m not that fucking ugly to have people turn away when I greet them and coming from staff working in the hospitality industry, that’s unthinkable.

The whole hotel exudes coldness and an atmosphere of neglect and complacency.

One thing for sure, the Sarkies brothers must be turning in their graves if they know this.

By the way, in case you are curious, my favorite Sarkies brothers hotel is the Oriental in Bangkok. I must have stayed at least 20 times. The Strand in Rangoon is situated in a very depressing neighborhood and the staff at the Raffles treat you like intruders and criminals if you are a local Singaporean.

But the next time I go to Penang, I will stay at the Macalister Mansion. It is a boutique hotel with a great cigar bar and you can see lots of smiles and sense hospitality there. Me and a friend from Penang were there two nights in a row fellowshipping for many hours over Romeo y Julieta Wide Churchills, Hoyo de Monterrey Epicure Especials, Arturo Fuente Opus X Perfection Xs, Lagavulin Distiller’s Edition and Wira Wira Church Block. 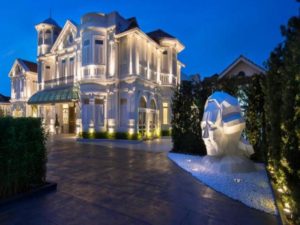