What Drug is Thitinan Pongsudhirak high on? 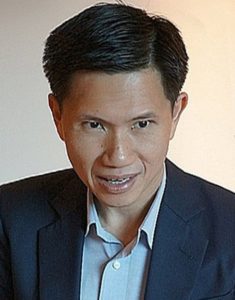 Glaring from an ivory tower.

In The Straits Times, October 14th, Thitinan Pongsudhirak, Director, Institute of Security and International Studies at Chulalongkorn University, Thailand, claimed that “Myanmar’s moves against Rohingya a get-out campaign, not genocide.”

According to the United Nations Office on Genocide Prevention, the crime of genocide as contained in Article II of the Genocide Convention, is defined as any of the acts committed with intent to destroy, in whole or in part, a national, ethnical, racial or religious group, as such:

By this definition, the Myanmese authorities – and certain sectors of the Myanmese population – are guilty of all of the above. The Rohingya Muslims have had to suffer a lack of official recognition by the Myanmese government and denied citizenship, despite history being able to trace Rohingya presence in Myanmar to the 8th century.

Since 1978, the Rohingyas have been tortured and killed and have had their dwellings burned and destroyed – heinous atrocities still committed today – while Nobel Peace Prize recipient Aung San Suu Kyi turns a blind eye and even claimed that the Rohingyas torched their own homes to attract world attention. Clearly Aung San Suu Kyi is more interested in protecting her own political career.

Pushed to a corner, the Rohingyas fought back, exacerbating the situation. Since August another 300 of their villages were razed to the ground.

Suu Kyi’s failure to condemn the military is not merely a matter of pragmatism, however. The party she leads was co-founded by a former commander-in-chief of the armed forces, and several of Suu Kyi’s closest advisors are ex-officers. For all of her opposition to the ruling junta, Suu Kyi remains a child of the military. Her father founded the Burmese Independence Army, the pre-cursor of the Myanmese armed forces today. In her first major political speech after returning to Myanmar in 1988, after having lived the good life abroad for nearly 30 years, Suu Kyi said publicly “Let me speak frankly. I feel strong attachment for the armed forces. Not only were they built by my father – as a child I was cared for by his soldiers.”

The UN has described the Rohingyas as one of the most persecuted minorities in the world. UN officials and Human Rights Watch have described Myanmar’s oppression of the Rohingyas as “a textbook example of ethnic cleansing.” The UN human rights envoy to Myanmar reported “the long history of discrimination and persecution against the Rohingya community… could amount to crimes against humanity.” Researchers from the International State Crime Initiative at Queen Mary University of London suggest that the Myanmar government is in the final stages of an organized process of genocide against the Rohingyas. Since August, more than 600,000 Rohingyas have been driven out of Myanmar, in what the UN says is the fastest displacement of a people since the Rwanda genocide.

Meanwhile Aung San Suu Kyi remains well-loved. History is on her side – her father was assassinated shortly before Myanmese independence from the British, and her graceful bearing has long made her a potent darling of the  bleeding hearts. She did not leave Myanmar (after her return in 1988) to be with her husband who was dying in England, saying that if she had left to see him, she would not be allowed to come back. Those besotted with her are saying that her action speaks a lot about her resolve to advance the cause of Myanmese democracy. Others are not so sure, accusing her of political greed, saying if she can be so cold-hearted as to let her husband die alone, what are a few Rohingyas to her? Several prominent people are calling for her Nobel Peace Prize to be revoked. Oxford University (where she was once a mediocre student) has already removed her photos. In the meantime, hundreds of thousands of Rohinyas continue to suffer indescribable horror and abuse.

In the face of such facts, how could Thitinan Pongsudhirak make an outrageous claim that the Rohingyas are not victims of genocide?

Noam Chomsky said that it is the responsibility of intellectuals to speak the truth and to expose lies.

Indeed, academics like Thitinan Pongsudhirak should utilize their supposed intellectual prowess to contribute solutions to world problems, not kiss the asses of those in power, or engage in games of semantics, playing with words, to make patently false claims to protect murderous regimes. The fact that Thitinan Pongsudhirak still has his cushy job at Chulalongkorn University, in a land where democracy has been hijacked by a shitface despot (another army head honcho) says a lot about him.