Everything Also Can Lah 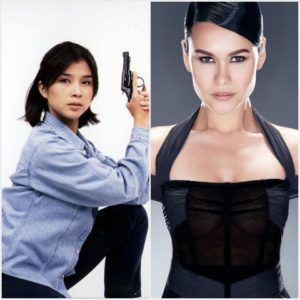 Chute or I’ll shoot; nah, come space out with me.

Li Lin Wong, a has-been TV actress with self-life long expired, and who would, for money, sponsor just about any product when asked, was recently appointed as executive director of the Public Hygiene Council. It is a job she has no qualifications for. This is echoed in the headline of the local paper which said “Wong Li Lin: former ballerina, actress, entrepreneur, and now a public servant.”

The same paper reported that since she took up the job, Wong has been “learning the ropes”.

Wong admitted that “she has no academic or work experience in the area of public hygiene” but she does not see it as a problem.

Some people are very brave. I’ve seen enough braggarts who over-sell themselves at interviews, only to underperform at work and get fired.

Celebrities are no exceptions and it is disturbing to note that many celebrities with zero relevant qualifications are hired for certain positions. Is nepotism at work here? Is it a case of “it’s not what you know but who you know”, or worse, are there Weinsteinian forces lurking in the background? Come on, it’s not like acting, you know. On a film set, you can be anyone but in real life, if you don’t deliver, out you go.

Not long after the Wong announcement, Space For Humanity, a US outfit that aims to send non-astronauts to space as early as the end of 2018 declared that it has named Eunice Olsen, another local actress (and former Nominated Member of Parliament) as Strategic Advisor. For those not familiar with Singapore politics,  “Nominated” means she didn’t win any election but was again, appointed into the role. The whole idea of NMPs is a joke uniquely Singaporean. I’ll leave you to Google to find out more yourself.

Back to Olsen – what are her qualifications for the job?

The Straits Times reported that Olsen is a Star Wars fan who has been following Elon Musk and his company Space X’s developments and was inspired by the 2016 movie Hidden Figures “to think further about women playing a key role in space missions.”

Okay, so that qualifies her as a strategic advisor to “select citizen astronaut crews” for space trips and “take on a mentorship role to assist these individuals in fulfilling their ambassadorship duties upon their return.”

Well, I have always been a Superman fan and have been inspired by all Superman movies. Maybe I can fly now by jumping off the window.

Any organization worth its salt will not hire people into significant positions so they can “learn the ropes.” Senior hires are expected to hit the ground running and immediate contribution is expected. Key Performance Indicators should be clear and measurable, and tied to remuneration.

In Singapore’s mass rapid transit system, we are already experiencing first-hand the devastating effects of having some idiot with zero pertinent experience placed at the helm, just so that retired loyal (paper, meaning “untested”) army generals are not left with nothing to do.

Yet we continue to be wowed by pretty faces and installed them in lofty positions in the hope that they will learn and grow on the jobs they are hired to. Such irresponsible hiring practices are a waste of financial resources – and in the case of Wong, taxpayers’ money –  and put the public at risk.