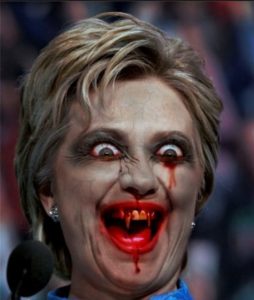 If you dislike someone, nothing he does is right. I see that in the global obsession to be politically-correct by participating in Trump-bashing.

Yes, isn’t nearly everyone on that bandwagon?

When Donald Trump talked tough about North Korea, the entire world condemned him for risking a war; I bet if he behaves in a conciliatory manner, he will be condemned for being too soft.

The American press is the worst; entire issues of Wall Street Journal and New York Times seem devoted to Trump-bashing. I have since cancelled my subscriptions. I’ve decided not to pay good money to read journalists hurling insults at their president day in and day out.

The so-called Fourth Estate overestimates its own importance. Thumping Trump seems to its latest calling.

It seems that nowadays, most media coverage on US matters is no longer about reporting and analyzing significant events, unless they fulfill one messianic mission: to unearth any transgression, real, alleged or imagined, of Donald Trump.

Indeed, much of the current mainstream reporting on Trump boils down to a self-feeding loop in which new stories are published or picked up not because they are significant or even newsworthy but because they may strengthen the fashionably-held view among most US mainstream journalists that Trump ended up as President by mistake, and must be removed.

The real risk of such gutter journalism is that this one-side media coverage reduces America’s global standing, making the country a laughing stock.

I am no supporter of tough talkers, and I am no worshiper of Trump, who’s a douche in my opinion, but I think it’s good that Trump has put a little swagger back to America again.

America cannot have a wimp for a president.

Look at Obama – what an eloquent and polished orator, suave and all, but what has he done?

In any case, man-child or not, mad man or not, Trump is the president Americans deserve. And for those who argue about popular votes versus electoral votes, well, for such a smart people, surely Americans could have come up with a more effective system for electing their presidents, right?

Americans should let the man do his job, unless they prefer that evil witch Hillary instead. If you dig at what the Clintons did in the past to get to where they are today, you’ll be shocked at how diabolical they are.

Remember the torrid Lewinsky affair? Remember that US$145 million deposited by the Russians into the Clinton Foundation? Remember Gennifer Flowers? Remember the Whitewater deaths?

By the way, Hillary is going to guest-edit December issue of Teen Vogue magazine.

Yup, a 70-year-old editing a magazine for teenage girls.

Has anyone watched the movie Notes on a Scandal?

Jesus, the things people do just to get attention.

Hillary thinks she knows everything.

Being a know-it-all – that’s an affectation that is so disgusting it makes me sick to the bones.