Another Storm in a Teacup? 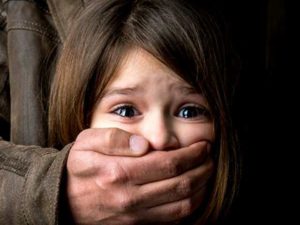 On January 11th, a male driver offered a ride to a female student from United World College of South East Asia as it was raining that day.

As the school bus was going to the same school, the female bus attendant offered the student a ride.

Both rides were declined but it caused a kidnap scare.

Schools issued warnings, security was heightened, parents were alarmed, students were frightened, and the two kind-hearted souls were hauled up by the cops who after exhaustive investigations were convinced that no harmful intent was meant. The police also said they have clarified with the Tanglin Trust School student that no person had alighted from the school bus to persuade her to board it.

Then news emerged that a senior school student from Dulwich College heading home from school was approached in the vicinity of Farrer Road. The student, understood to be a boy, also declined the offer of a ride.

The cops are also investigating another incident in which a female student from Nexus International School was approached by two men in a vehicle at Old Holland Road on her walk home from school.

So far there have been no updates on these two incidents.

A retard wrote to the press saying it was surely no coincidence these offers of free rides happened only to international school students.

He pronounced in a most Churchillian manner: “The fact that only students from international schools were involved in those incidents leaves many wondering whether it was too much of a coincidence.” Nut thinks he’s a data scientist or what? He’ll have better luck as a tea-leaf reader.

Home Affairs and Law Minister commented yesterday (January 22nd) that “We need to be careful of spreading untrue stories and unnecessarily alarming parents.”

“That is untrue. The van provides transport services for the school, takes students to and from the school.”

Shanmugam said the authorities have investigated both incidents “thoroughly” and interviewed the people involved.

“There were no kidnap attempts,” he declared.

“It is important for young children to be taught to be careful when approached by strangers. At the same time, we need to be careful of spreading untrue stories and unnecessarily alarming parents.”

“Certainly, we should teach our children not to get into any vehicles with strangers,” he added.

Before the minister weighed in, several others have already expressed their opinions.

The Straits Times wrote on January 20th that “A child should never take up a stranger’s offer of a lift in their vehicle, even on a rainy day.”

It claimed: “That was the resounding verdict of sociologists, support groups and Members of Parliament, who were commenting on a series of recent incidents here that raised the specter – albeit briefly – of kidnapping.”

It quoted warnings from two members of parliament.

Jurong GRC MP Tan Wu Meng said it is “better to be safe than sorry,” adding: “While Singapore has a lower crime rate than many other countries, it’s important to remain vigilant.”

Tampines GRC MP Desmond Choo said children may not be able to fend for themselves, adding: “While most people are kind and well-meaning, there might be the odd chance of perpetrators with nefarious intent.”

The Straits Times also said “Sociologists said the drivers in these cases – even if they had good intentions – should have known their actions were startling.”

Yup, fantastic journalism – interview a couple of MPs and a couple of sociologists and say a child should never take up a stranger’s offer of a lift in their vehicle, even on a rainy day and claim that was the “resounding verdict” of sociologists…and members of parliament.

My resounding verdict: Pulitzer Prize potentials Straits Times journos are not. Perhaps that’s why most times the paper pats itself on its own back by creating awards that it dishes out to its own reporters.

Anyway, sociologist Paulin Straughan was quoted by The Straits Times as saying: “The sad truth is – it is not odd for adults to stop and offer assistance but because of our heightened awareness of security, we now perceive kind gestures as threats.”

National University of Singapore sociologist Tan Ern Ser said: “While one may have good intentions, the fact that one is a stranger, as well as being an adult in a position to be able to cause harm, would mean that one would likely be misunderstood.”

Based on what Straughan and Tan Ern Ser said, The Straits Times surmised that “sociologists said the drivers in these cases – even if they had good intentions – should have known their actions were startling.”

But the third MP The Straits Times interviewed seemed to make the most sense.

Jurong GRC MP Rahayu Mahzam said: “There are many kind souls out there and we shouldn’t discourage kind acts. We also need to teach our children about kindness.”

Sociologist Tan Ern Ser added “If it is raining and the student is running in the rain without an umbrella, it would be helpful to offer one, though not a ride.” Yeah right, keep loads of umbrellas in your car, you bleeding hearts. Soon, the umbrella business will be going through the roof. Buy stocks in umbrella companies please.

While many people found it hard to believe there was no ill intent in the recent cases, a few said there was no issue in accepting a lift from well-meaning strangers and will continue to do good themselves.

It is normal human instinct to do unto others as you would have them do unto you.

A voice of reason came from a sales manager by the name of Kevin Lee, who said some people may genuinely need help, adding: “Rather than seeing someone get stranded because of the rain, I would offer them a lift if I can.”

I believe part of the problem, apart from the media’s sensationalism-style reporting – no choice, paper sales dwindling – and no prize for guessing which paper first used the word “kidnap” – is the lack of integration between the expat community and the local populace.

First off, the penalty for kidnapping in Singapore is death, if the victim is hurt; kidnapping very rarely happens. It was occasionally attempted by foolhardy criminals beyond stupid – who should stick to their day jobs as circus clowns – who almost always got caught and had to face the full brunt of the law. Look at those two shitface cretins who tried to kidnap the mother of Sheng Shiong’s boss – they probably can’t tell the difference between their asses from holes in the ground. And what are they doing now? Polishing the bars at Changi. One of them even asked for the death sentence. Well, you can’t fix stupid.

One lesson – in my humble opinion – to be learned from this international school “kidnapping” scare is that as long as expats and their children do not integrate and mingle with the majority of society there will always be mistrust and suspicion.

Even the best intent may be misinterpreted as diabolical. Once I opened the door for a Caucasian landwhale only to have her glared at me as if I was Najib and scolded me with a snarl “You don’t have to do that just because I am a lady” to which I retorted “I’m doing this not because you are a ‘lady’ but because I am a gentleman.”

This is the dilemma today’s society faces – while many are quick to condemn some for being un-caring, non-chivalrous, cold-hearted and callous, acts of kindness can, on the other hand, be rejected because of people’s wary nature. I don’t blame people for being cagey because many expats come from countries where crime rates are extremely high and just walking along quiet streets at night tantamount to courting personal disaster and inviting death.

My personal dilemma is this: the next time it rains cats and dogs should I be heartless and ignore the poor shivering little kid on the street, soaked and drenched by the heavy downpour and go on my merry way and enjoy my nice cozy warm drive or do I stop to offer a lift and risked being hauled to the police station, given the third degree and subjected to morons on social media labeling me a pedophile, a child molester, a child rapist, a monster, pervert, a potential murderer and serial killer and Lucifer incarnate with “nefarious” intent?

Principals of international schools – other than sitting on their fat asses penning warning letters and circulars –  have important roles to play in fostering better community relations and promoting cross-cultural understanding. The scare begs the questions “How many students in international schools have friends who are Singaporeans?” and “How many expat families socialize with Singaporeans?” While recent discussions have focused on national “class divide” we must also not ignore the “them” versus “us” phenomenon prevalent in foreigners’ relationship with locals. Joint activities between international and Singapore schools is perhaps a good place to start. Otherwise some locals will always think that foreigners are wicked (after all didn’t they come and steal our jobs and lord over us and snatch our husbands and fuck our women?) and some foreigners will always think that the natives (aren’t they restless, weird and inscrutable?) are very likely to run amok anytime beneath the cool superficially friendly exterior. Bonding and intermingling may enable us to sense and intuit people better.

In the end, it is still common sense that will prevail.

Unfortunately, as Voltaire has said, common sense is not so common.

In the meantime, you may wish to know that all my kids possess advanced martial arts training and qualifications. They can incapacitate a grown man in three seconds.

And in these days of global trust deficit, they also own rain coats and carry umbrellas.