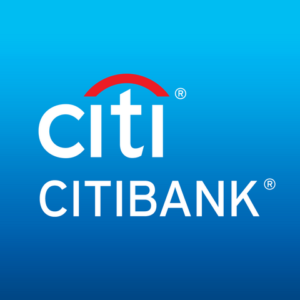 I have been a Citibank customer for nearly 30 years. Lately it has gone paperless, which is fine, but to access my account details online, I’ll first need to request for a PIN and then enter the PIN sent to my phone, and then when I finally get to view my statements, they are usually full of errors. I phone the hotline but I can never get to speak to a human being. In the meantime I keep getting annoying SMS and emails reminding me that I have to pay up for one thing or other. I’ve decided enough is enough and on February 28th, I went to their Jurong East branch to close all my accounts with the bank. Life is too short to have to deal with morons.

After taking a queue number, I waited for my turn to be served. When my turn came I was attended to by a guy in a suit by the name of Vincent Tan who had a woman colleague sitting next to him, whispering instructions. She is probably his senior.

Tan asked for my ID, keyed some shit into a computer, stared at the screen, had a whispered conversation with the woman sitting next to him, and then told me that I had to phone their hotline in order to close my accounts. At that point, I became apoplectic and told him in the loudest possible voice I could muster, that Citibank is the most user-unfriendly bank in the world, and I can never get to speak to a human on the phone and despite having been a customer for nearly 30 years I’ve had enough, that was why I decided to show up in person and deal with real people for a change. The woman sitting next to Tan said something to him sotto voce and he suddenly decided that I could close my accounts without having to make a stupid phone call after all. (I wasn’t about to accept “no” for an answer anyway, having taken the trouble to make my way to the branch first thing in the morning. I still wonder why he had asked me to phone to close my accounts when he could have helped me in the first place.)

After my outburst, I was told to wait while Tan made a couple of phone calls himself. He told me – while hanging onto the phone – that I had overpaid my credit card bill and a check would be sent to my home, but for another account, I owe Citibank 80 bucks. I told him to look at my statement to see if he could decipher and understand what the fuck it means, because it was full of errors and no way in the world could I have owed the bank 80 bucks. I ain’t paying 80 bucks, I know the state of my finances, so sue me if you want.

Tan then asked me to speak to the person he was on the phone with.

It was some Filipino broad at a call center probably in the Philippines.

This is a disclaimer for all you lazy bums who slept through high school geography class or somehow not aware of the fact that the Philippines is a first world country full of sophisticated, highly intelligent people.

The Pinoy woman said she had to ask me a few questions for “verification” of my identity. Now, why the fuck is that necessary when I was standing there in person, in front of two Citibank employees who had my ID in their hands? Am I a hologram or what? By then I’ve come to realize that so far, my encounter with the three retards that morning only goes to prove that Citibank is totally idiotic. Aren’t their people trained? Don’t they have a system or procedure smart enough to minimize customer angst? Why does the bank make it so difficult for people to do business with it?

The Pinoy bimbo than asked for the reasons why I wanted to close my accounts noting correctly that I had been a customer for some 30 years. I told her to please skip the bullshit and get straight to the point and get my accounts closed because I was in no mood for a protracted discussion of any kind. At last, she then confirmed that my accounts would be closed, no further payment necessary and a check will be sent to my address for the extra that I had paid for my credit card bill. (The extra I paid is clearly due to an error in their statements.) All this while, I struggled to understand her as her accent was almost incomprehensible. (So much for call centers!) The fact that a Citibank employee (probably a manager of some sort) here in Singapore had to phone its own call center in the Philippines to get a customer problem resolved is totally beyond me. Totally unbelievable.

Throughout my visit, not a single word of apology was uttered by the employees present or by the Filipina on the phone. No attempt was made to retain my business. Citibank seemed quite happy to kiss goodbye a customer of 30 years. The woman whispering instructions into Tan’s ear didn’t even dare make eye contact with me. What a great role model! I have no doubt Tan would gain a shitload of knowledge from being trained and mentored by a cretin like her. Honestly, these young people shouldn’t throw away their lives working for a shitty institution like that.

While I was at the bank, I also noticed several customers coming in asking for their accounts to be closed. Why am I not surprised?

Citibank, I have concluded must be the most fucked-up bank in the world.

And I am being polite.

I’ll let you form your own conclusions.

NOTE: One day later, Citibank had the audacity to send me an email entitled “We listen. You inspire.” The email asked for feedback from me, saying  “At Citi, listening to our Clients inspires us and helps us serve you better.” Note the word “client” is spelled with “C” in uppercase.

I won’t dignify that gall of an email with a response but do you know what I think?

Okay here’s what I think, Citibank: You are a bank managed by overpaid asswipes dedicated to making loyal customers go ballistic with your totally-screwed processes and inflexible IT systems installed probably by the cheapest bidder. A crappy Mumbai market filled with lumps of stinking dog turd is better managed than your so-called global bank. Let’s see when you will crumble and collapse. Let’s see how many more years you’ll last. I have a crate of the finest Dom Perignon waiting to be sabraged when that happens. Now, get off my face and leave me alone.