Ernie’s educational background is in Philosophy and Spanish, yet previous to becoming a full-time pipe maker he worked in finance. His interest in pipe making began after hours of viewing thousands of custom pipes online, and was suddenly struck with a fundamental question: “How do they do that?” He then discovered a forum of pipe makers discussing the process and soon after, he made his first pipe.

Princeton educated, Jeff played with making a couple of pipes while earning his Master’s degree. He then immediately became addicted to the craft and started learning from luminaries like Tim West, Todd Johnson, Tonni Nielsen, Jody Davis, Tyler Beard, etc before becoming a full-time pipe maker.

Here’s a pipe he made in Chicago early last month: 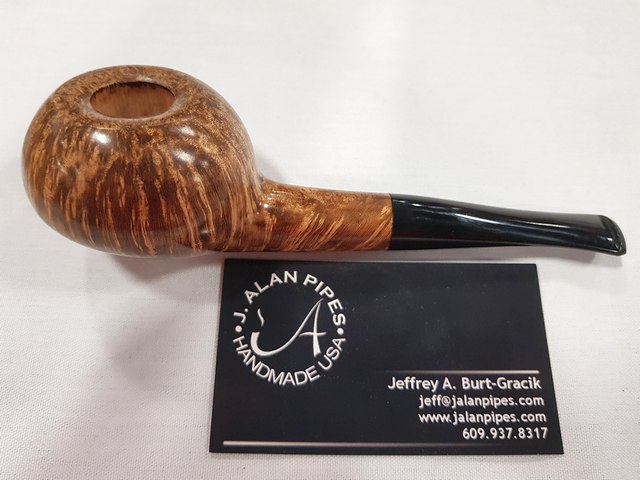