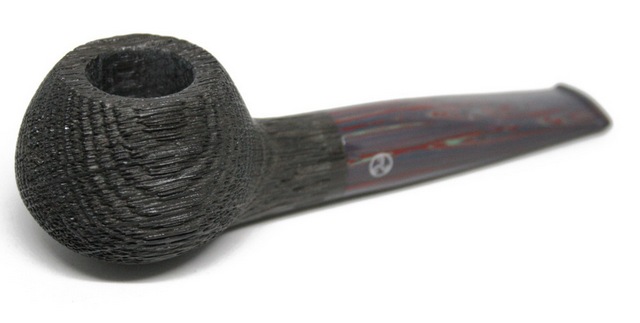 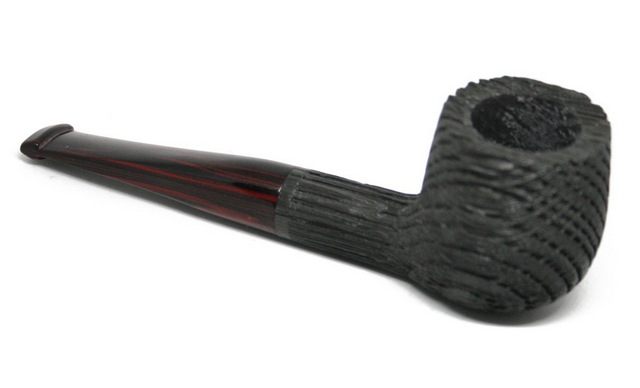 Charles Rattray opened his pipe and tobacco store in Perth, Scotland in 1903.

The company is now owned by Kohlhase & Kopp of Germany.

Rattrays pipes are made in England, France and Italy.

These two pipes pictured above, made from 2,000-year old morta, are real beauties.

Morta was first used as pipe making material during the Second World War. The shortage of briar forced manufactures to try out various woods, and morta – or bog oak – became a popular choice. After the war, briar began to be used again and these other materials fell away, leaving only a small number of artisan carvers to continue to work with morta.

Morta is extremely difficult to harvest and to work with.

Large oak logs are first extracted from bogs throughout Europe. These logs have spent literally thousands of years encapsulated in thick peat and have been slowly fossilizing and petrifying away. The acidity of the peat eats away at parts of the wood, meaning only the very heart of the wood can be used. A large log may only be suitable for a few pipes, making it potentially a very time-consuming process. The different colors in morta are typically an indication of how old the wood is. The darkest, almost pitch black morta is usually around 7,000-8,000 years old. That means this wood had been in the bog for at least 3,000 years before the first pyramid was built in Egypt. The lighter, copper colored morta is usually between 3,000 and 5,000 years old. Just think of the historic events that have happened while this wood was under water turning itself into morta.

Morta pipes smoke more like meerschaum or clay pipes. They smoke dry and the wood does not impart a flavor to the tobacco. Smoking out of a morta pipe is a perfect way to experience a tobacco without the pipe influencing its flavors.

All this means that morta pipes are highly collectible pieces.