About 30 years ago, Steve Richman began importing into the US, tobaccos blended by JF Germain & Son of Jersey, the British Channel Islands. These tobaccos were available for private labeling and Steve used the name Esoterica Tobacciana as his brand name. With the exception of And So To Bed, he named the blends after English coastal towns. One of the blends, named Penzance was once sold in the US way before that by Smoker’s Haven as Krumble Kake. Smoker’s Haven has long ceased business dealings with Germain for reasons nobody really seems to know. (The company has also changed hands since. Today my acquaintance Premal Chheda is the owner.)

It is said that Steve didn’t have the resources to distribute the Esoterica tobaccos very widely. A few years ago, after opening a retail shop in Oakland California (The Piedmont Tobacconist), he sold the distribution rights to Butera Pipe Company because he felt that tobacco blender and pipe maker Mike Butera could give the tobacco the attention that it needed.

Yet a few years later, Butera, I was told, sold the Esoterica series and other tobaccos to Mike Gold of Arango. 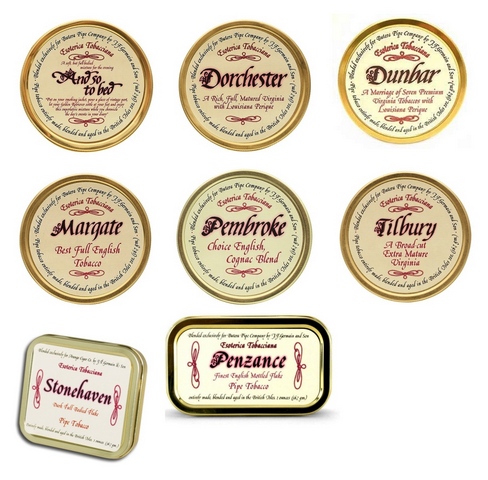 Penzance, and other Esoterica tobaccos are forever unavailable. There are many rumors and speculation as to why this is so. And their rarity has caused a hoarding frenzy for the longest time. Today, small amounts of these blends change hands at ridiculously high prices. Those kept for years are especially very much wanted as they smoke so well. Of all the blends, my favorite is Penzance. Thankfully, ever since I started to take notice of it, I have been buying tins and bulk packages of Penzance whenever I see them being sold. Despite the stash I have, I reserve this English mottled flake consisting of Latakia, Oriental/Turkish and Virginia tobaccos only for very special occasions. It is an extremely satisfying and creamy smoke that any attempt to describe it using words can never do it justice.

To commemorate a special personal milestone, I broke open a vintage tin recently. 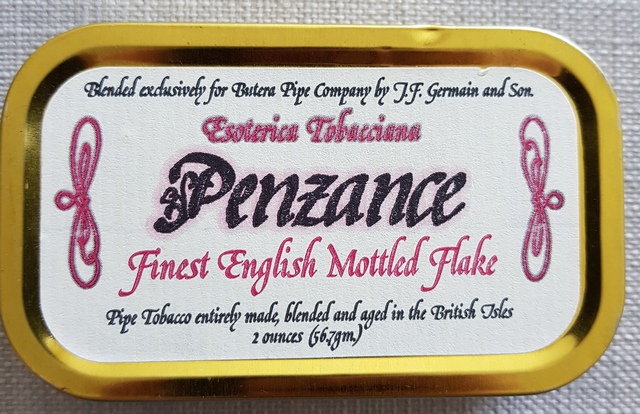 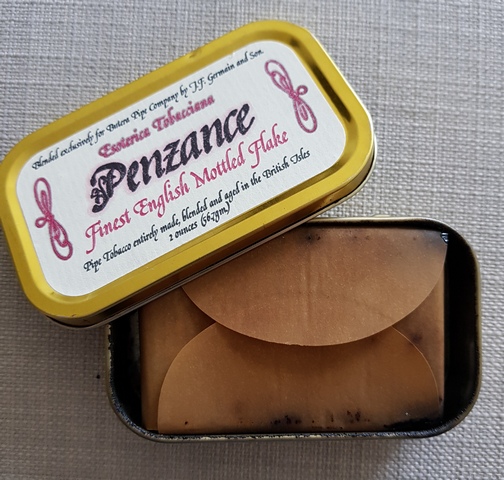 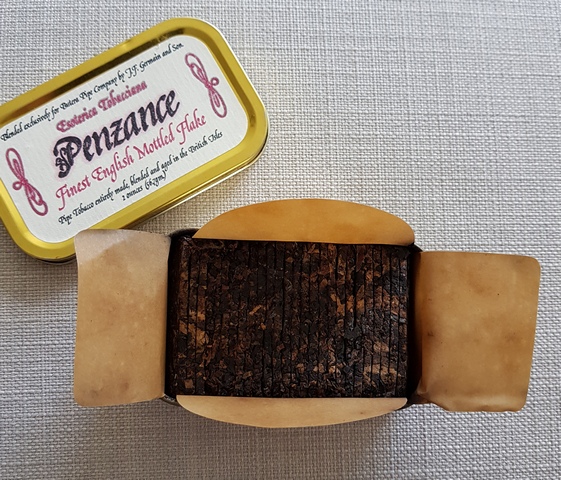 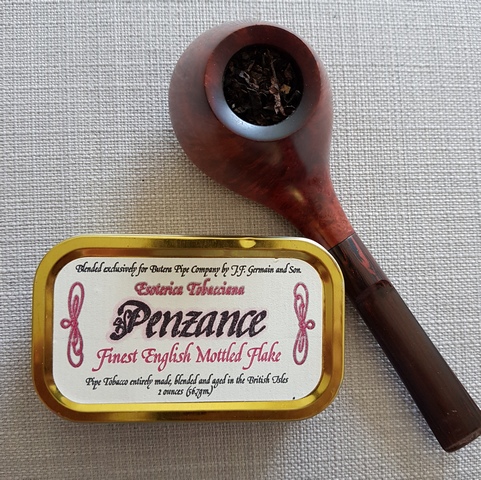