I have visited Taiwan numerous times in the last couple of years, and during each visit I would make it a point to eat at Jin Fu Sushi, which is located at a residential area in Taipei. It is a small little family-run eatery with a counter seating only 12 and helmed by a camera-shy chef whom people love to hate but love at the same time. He has a horrific sense of humor best described as caustic and if you are not mentally prepared, you may even feel insulted by his teasing. “Don’t swallow the spoon!” he’ll yell at you and once when he saw my wife biting into a piece of fish, he screamed “Don’t bite! Put the whole piece into your mouth!!!” This is the same chef who once bragged to me that Japanese people fly in from Japan to eat his sushi. (Yeah, like I was born last night.) Be that as it may, I always find it a delight to eat there, knowing he uses the best and freshest local Taiwanese seasonal ingredients available at whatever point in time I visit. The chef’s hometown is Yilan (home of the award-wining Kavalan single-malt) and he occasionally throws in a piece or two of delicious non-sushi related morsels from Yilan that he has prepared himself. I also find his prices very reasonable as I have been gouged many times before by over-priced and over-rated Japanese restaurants.

Read this and this, but when I go to Jin Fu, I know it is not as if I will be handling him a samurai katana and inviting the chef to slice me any which way. That is often the feeling at some Japanese restaurants I have been to in Singapore and some of the worst are those managed by local (non-Japanese) Ah Bengs who think they can teach the Japanese masters how to suck eggs.

So here’s a recent omakase lunch I had and pictures (click to enlarge) are those I have remembered to take; a few I have forgotten since I was busy stuffing my face and experiencing the throes of culinary orgasm: 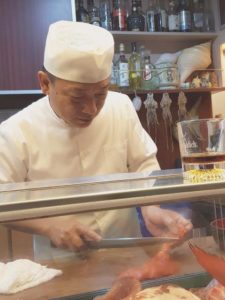 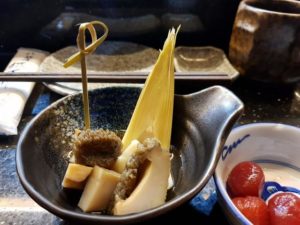 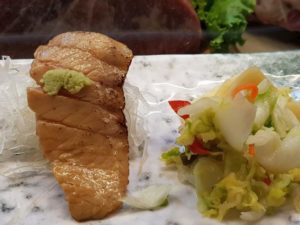 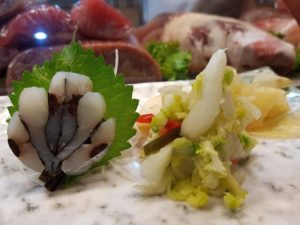 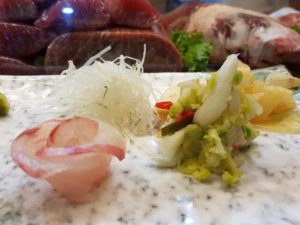 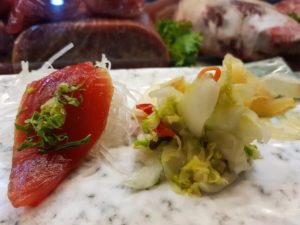 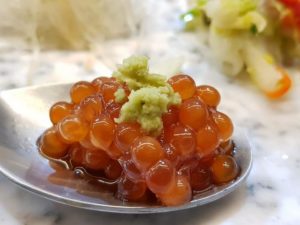 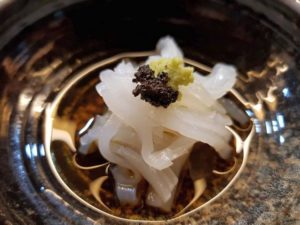 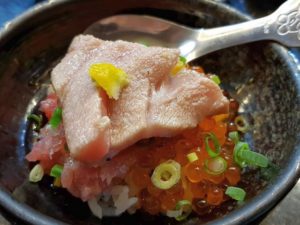 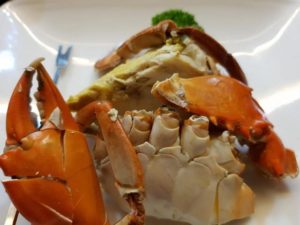 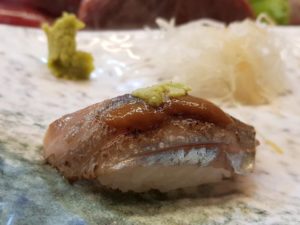 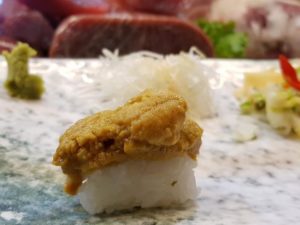 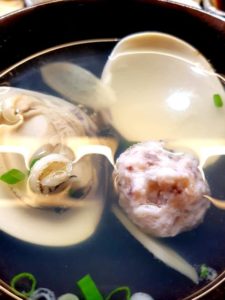