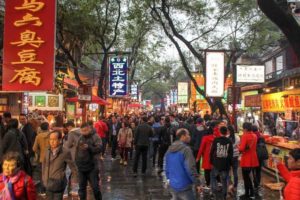 Xi’an, from time immemorial, is known as the starting point of the Silk Road. It was then known as Chang’an, and was used by ten Chinese dynasties as their capital. The aptly name metropolis – “Chang’an” means “eternal peace” – was a busy hub where international traders converged. The city was well laid out and became a model for other capital cities, notably Japan and Korea.

Among the ancient international travelers to Chang’an were Muslims from Islamic countries and these ancient sojourners brought along their religion and their food.

Their influence is not insignificant, and today Xi’an has a noticeable Muslim population mostly living and doing business in what is known as the Muslim quarter of Xi’an.

In fact there is an entire street named Muslim Street there where hundreds of eateries on both sides of the street do a roaring business selling halal food. Each establishment is packed with customers tucking into cheap and mouth-watering dishes. Some of these places had long queues of customers willing to stand in line for their food.

We checked out a few Muslim eateries when we were there: 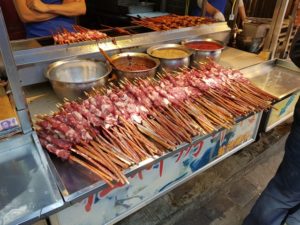 Unlike other parts of China, Xi’an cuisine comprises a lot of mutton and lamb-based dishes. 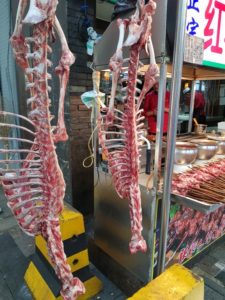 It takes an expert to pick these bones clean! 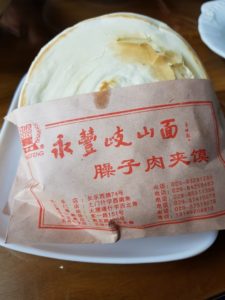 McDonald’s may be in Xi’an but nothing beats this Muslim version of burger called the “rou jia mou.” 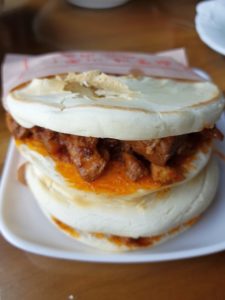 Since pork is not kosher, the patty is either lamb or beef. 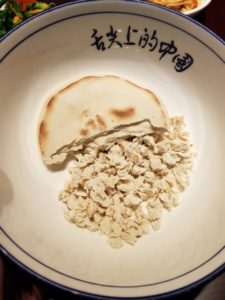 A most unusual dish is called “yangrou paomo” – it comes with a thick pancake or bun of unleavened flatbread which customers must tear into tiny bits first. 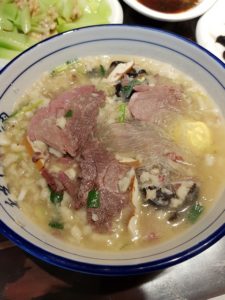 The bits are then taken away and cooked with other ingredients in mutton soup. 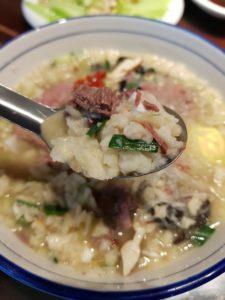