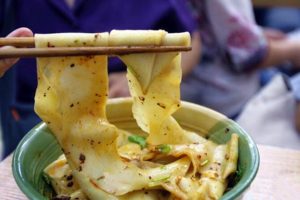 A bowl of biang biang noodles is tasty because of the sauce used. It is also often topped with lots of red-hot peppers. However, there are several variations of the popular dish.

In Xi’an, we came across biang biang noodles, touted as one of the “strange wonders of Shaanxi.” (Xi’an is the capital of Shaanxi province.)

The noodle is thick and is as broad as a belt. It was originally part of a poor man’s meal in the countryside, but has recently become well-known due to the unique Chinese character used in its name. 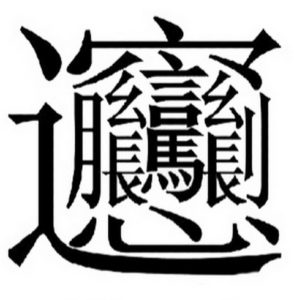 And you thought the longest word in English (pneumonoultramicroscopicsilicovolcanoconiosis) is hard to write!

Many stories have been told about the origin of the name of the noodle. “Biang biang” is onomatopoetic, so the most common story is that it was given by a scholar who created it for the original seller of the noodle after hearing the banging sound resulting from the dough slamming against a wooden table top when the noodle is being made.

I am no expert in etymology nor am I a gourmet, but a greedy gourmand perhaps and “foodie” enough to pronounce that this dish is so tasty and delicious enough for us to eat it twice when we were in Xi’an. 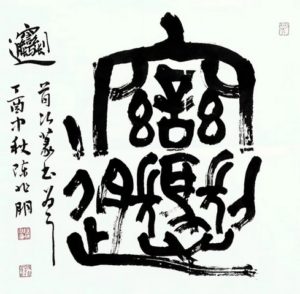