In Beijing, we traveled to all the historical sites, including the Great Wall, which I first visited about 40 years ago.

By then, my daughter has joined us in Beijing and having promised myself that I will eat the famous mutton hotpot at the historical Dong Lai Shun Muslim restaurant – a dish I first ate about 40 years ago – my priority was then shifted to Peking Duck. (I eventually did dine at Dong Lai Shun.)

When in Beijing (known as “Peking” in the Wade-Giles system of romanization of Mandarin Chinese) seeking out the famous Peking Duck is a must, though mutton hotpot is definitely another must-eat delicacy.

So passionate were we for Peking Duck that in our five days in Beijing, we ate it three times at three different restaurants! 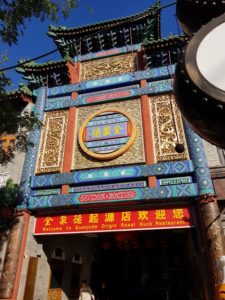 Peking Duck is sold all over Beijing; we had it at three different places, but Quanjude is believed to be the original store. 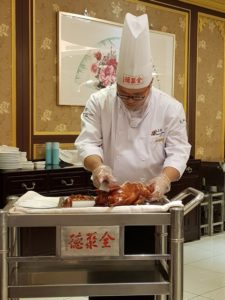 The chef at work while we waited in anticipation. 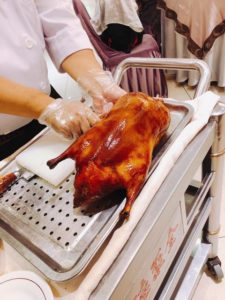 In many parts of Asia, when one orders Peking Duck, the skin is first eaten, and the meat is then served as a separate dish, often fried with noodles. Here in Beijing, the skin plus meat is being sliced and brought to the table. Thin pancakes – with scallion and some condiments – are provided for diners to wrap each flavorful morsel of crispy duck skin attached to meat before being savored by salivating, anticipating diners. 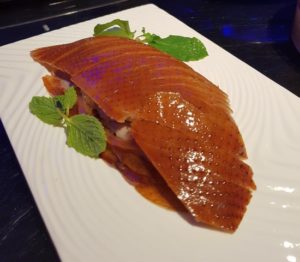 At another restaurant, Dadong, this was how the succulent duck pieces looked like after being sliced and served.