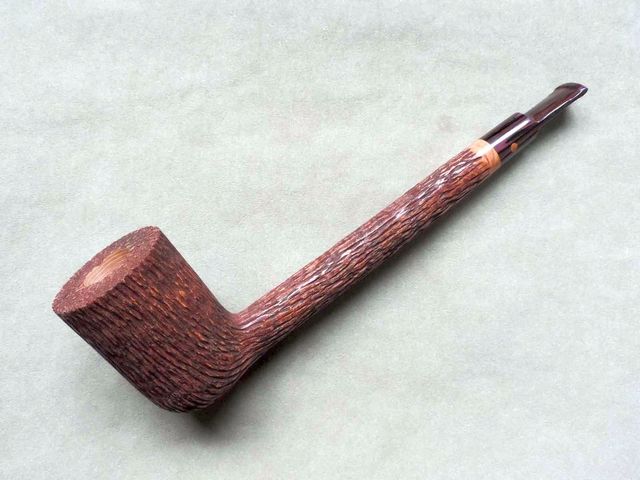 I now own the largest collection of Moretti pipes in Singapore.

Picture above shows my latest acquisition – a long Moretti cortex.

Hand-made pipes in Italy dates to the 1850’s and a company with the name “Hully Briars” was already well established during the 1900’s. Igino Moretti and his wife joined Hully Briars when it was at its peak, employing about 50 workers. Half the pipe production was for other brands, while the other half was sold under the name BEP-SON, a combination of the first syllables of both owners’ names: Beppe and Sonia.

Soon after, Moretti became the principal Hully Briar pipe maker, but the company itself had to close down. Having just passed a railroad test, Moretti then had to choose between driving trains and making pipes!

Thankfully, the latter was his choice and consequently, Moretti founded the brand “Moretti Recanti” in April 1968. Moretti produced pipes for others but also started his own line carrying his name. Today, Marco Biagini, Moretti’s son-in-law, continues the hand-made tradition in the small town of Recanati, in the Marche region of Italy. The workshop is located across the street from the house where the famous Italian poet, Giacomo Leopardi, was born. Marco is very prolific, churning out pipe after pipe round the clock, it seems. He must be a rich man, and I am no small contributor to his retirement fund.