A Couple of Indonesian Pipe Tobacco 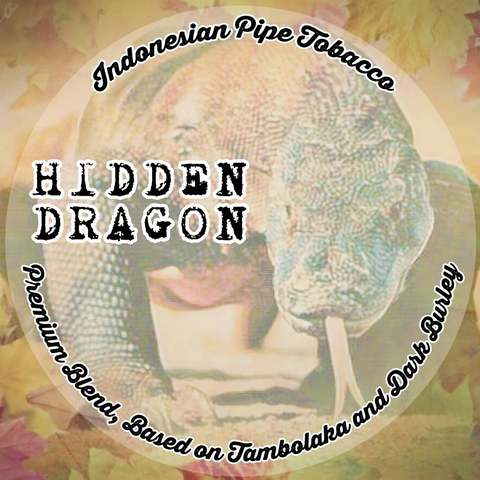 David returned from Indonesia last month with some Indonesian pipe tobacco and I sampled a couple.

Hidden Dragon Tambolaka tobacco (above) from Indonesia is typically released to the market only after at least five years of tedious aging; that is, after the tobacco leaves are tightly rolled around sticks and the sticks tightened with ropes, and left alone to ferment for a minimum of five years. The result is a strong tobacco with hints of leather and spices. Add burley and the nicotine content rises several notches. Recommended after a heavy meal of beef rendang or strong curry of mutton or lamb. Makes me think of 1792 by Samuel Gawith. 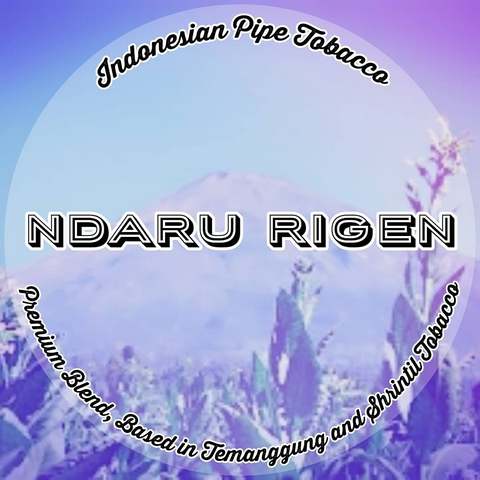 Ndaru Rigen Temanggung and Shrintil from Indonesia (above) is a combination that can cause a lobotomy. It is said that tobacco from Temanggung is the best in Java where tobacco cultivation supports the livelihood of 65,000 farmers. Shrintil tobacco is actually a freak of nature. When the leaves at the top part of a tobacco plant developed “malformations” the locals refer to the phenomenon as a blessing from the heavens as this type of deformity results in extremely high nicotine content in those leaves. No human attempt to force the deformity to happen has been successful, hence, Shrintil is rare, strong, greatly coveted and highly priced and often used as a condiment for blending. It will be foolhardy to smoke pure Shrintil. The tobacco is a robust, no-nonsense blend, appreciated by its fans, and separates the men from the boys. It reminds me of how vintners used grapes damaged by ice to concoct highly-priced and much sought-after ice wine. Definitely a case of making lemonade when you get a lemon!  It also reminds me of Samuel Gawith Brown No. 4 Kendal Twist, except that Brown No. 4 is a smoke of greater finesse.