Pipes by Jerry Zenn of Taiwan

Jerry Zenn from Taiwan used to be a Volvo mechanic before he started to make pipes full time. Click here.

Using the best quality briar from Corsica, France, Italy, Greece and Spain and specially-cultivated bamboo from various parts of Asia, including those from Indonesia, Jerry makes some truly amazing pipes like the one he gifted me. Click here to view.

The pipe below by Jerry is listed on a major online pipe retailing site for US$800/-.

Jerry’s pipes are usually snapped up the moment the online retailer puts them up!

His pipes are for serious collectors who know their stuff.

Here are a couple more of Jerry’s pipes: 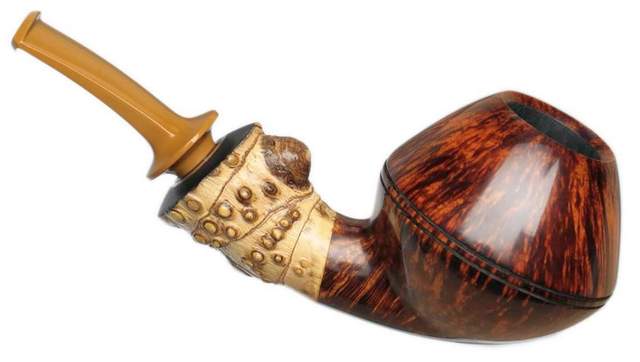 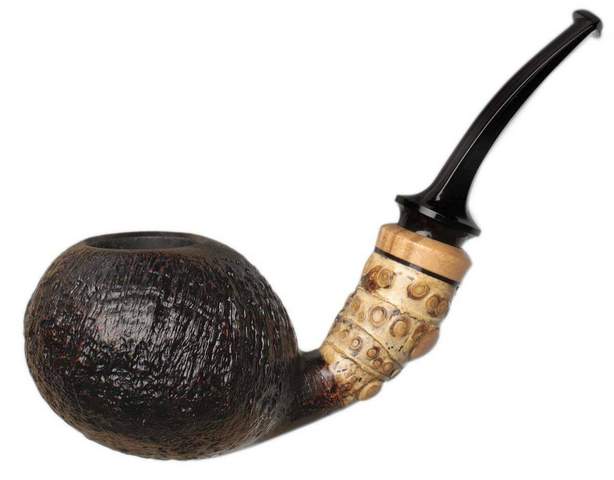 Jerry is a reclusive perfectionist. Pipe makers at pipe shows mingle and hawk their wares, but Jerry doesn’t like to socialize. He doesn’t really need to as his pipes sell themselves. At the world’s biggest annual pipe show in Chicago earlier this month, even before the show has officially started, almost all of Jerry’s pipes have been bought up by collectors.

There is a reason for this. Jerry spends hours meticulously preparing aged briars and even more hours – often days, in fact – tirelessly processing and treating the bamboo and other parts, like horn, before he starts work, usually late at night. He often works through the night, so that he could really focus, he says, and rests during the day. Even mouthpieces of Jerry’s pipes take hours to create. Jerry makes sure that even the insides of the mouthpieces are flawless and takes great pains to ensure that all pipes he makes are near perfect.

More pipes are on the way, but for now only a limited number of pieces are available for viewing and they are selling out real fast.