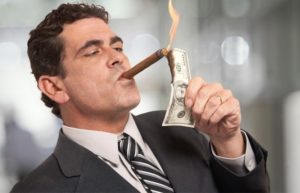 Press reports early this week claimed that much coveted bottles of single-malt whiskies were bought up by the airport’s DFS (Duty Free Singapore) staff, depriving travelers from buying any.

What do DFS staff do with those whiskies?

Maybe some are genuine collectors but everyone’s guess is that they will re-sell them at handsome profits!

The duty-free price is S$450/-. Think of how much this can sell outside the airport.

And this is Singapore! A supposedly first-world country with third-world mentality.

But don’t blame your parents.

Integrity is something you decide to have or not to have.

Maybe your conscience is dead and it doesn’t matter. People like that will even throw their own mothers under the bus, if it will benefit them.

If you go to church, put up a pious disposition (yet tell the lewdest sex stories when you are with friends) decline all forms of bribery but gladly accept gifts in lieu of cash, what does that make you?

Do you have a conscience of your own?

To even think that such a person actually exists stretches the imagination.

But what else haven’t I heard?

Remember, this is Singapore, after all.

There are truckloads of hypocrites lurking around.

These, in addition to those who lack transparency, who are as closed up as clams but who strut around like they are mankind’s savior.

And these in addition to those who think they are more superior to everyone simply because they have a different skin color. (Yes, even pigmentation can be used as a tool!) These are retards who can’t even get a date with the ugliest woman in their own country but here they get to fuck our girls.

It’s been 200 years since Raffles “founded” Singapore and suckers are still being taken by the great white man. Gullible Singaporeans continue to ignore Raffles’ legacy of violence: his initiation of the British invasion of Java; his approval of the enslavement of Javanese men and women for the British colony at Banjarmasin; and his role in the massacre of Palembang as well as the sacking of the Yogyakarta Palace.

In Banjarmasin, Raffles even supplied women as sex slaves to his friend Alexander Hare in an incident now known as the Benjarmasin Outrage.

If you still think the days of colonialism were great days, you suffer from anosognosia!

A nation of shopkeepers will rob you blind!

I could write more about these characters, but I won’t.

Karma has no deadline.

You’re better off paying full price, my friend, because those douche bags with influence have long beaten you to it and they don’t pay a single cent of tax.

Well, deal with it!