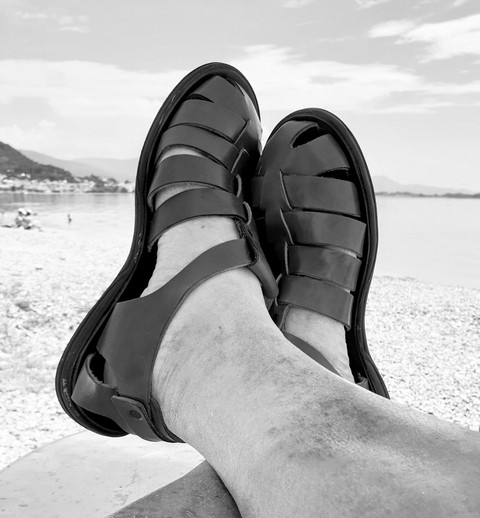 Good to be back and blogging again.

Apart from 2019 being a year I celebrated my 35th wedding anniversary, and a year I was recognized by the Association of Productivity Specialists as a Master Productivity Specialist, becoming part of an elite group of less than 40 honored with such a formal acknowledgement, 2019 would also go down in my memory as the first time I visited Greece.

Yes, last year, I set foot in Greece for the very first time.

Greece was a soothing balm to my weary soul.

It was definitely one of the highlights of yet another eventful 2019.

It was quite an experience.

The four of us spent almost a month in historic Greece.

Singapore now has direct flights to Athens; understandable, considering that in recent years, over 30 million visitors from all over the world go to Greece. We met a German couple who had been there more than 40 times. And as Singaporeans explore newer destinations, a local airline has started offering direct flights to Athens. That made my decision to join the trip an easy one.

Avoiding the over-Instagrammed Mykonos and Santorini – at times, cruise ships disgorge 15,000 tourists a day onto Santorini – the four of us covered almost all the historically-important sites of Greece, including a couple of islands namely, Poros and Hydra, where no cars are allowed.

We started in Athens where we did the obligatory ascent to the Acropolis – visited the temple of Athena-Nike, the Parthenon, the Erechtheion and spent hours in the museum – and where I had my first Airbnb experience, which was pleasantly delightful, by the way. We then rented a car and headed towards the Peloponnese, which is separated by the picturesque, if rather narrow, Corinth canal. We stayed (my second Airbnb!) in an big country house in Nafplio, a beautiful seaport town from which we made day trips to Argos, Mycenae, Mystras, Epidavros, Ermioni, Koilas and Leonidio, where I encountered an obnoxiously rude douche bag of a priest in the monastery of Panagia Elona 17km away. (Nothing is more despicable than a fat priest! These freeloading parasites should get a job! This priest remains to this day, the only Greek asshole I’ve met so far.)

We moved on and stayed at Olympia as well as Delphi, with its lovingly quaint, windy narrow streets straight out of a decades-old picture book and great, stunning views from a café (the Agora) overlooking the entire vast landscape. Some of these places made me feel like I was living in a postcard. Oh, how can I forget the magnificent luminescent sunset?! For several days we sat with our glasses of wine watching the reds on the horizon as the last glimmer of the setting sun bled away and the heavens turned blue. 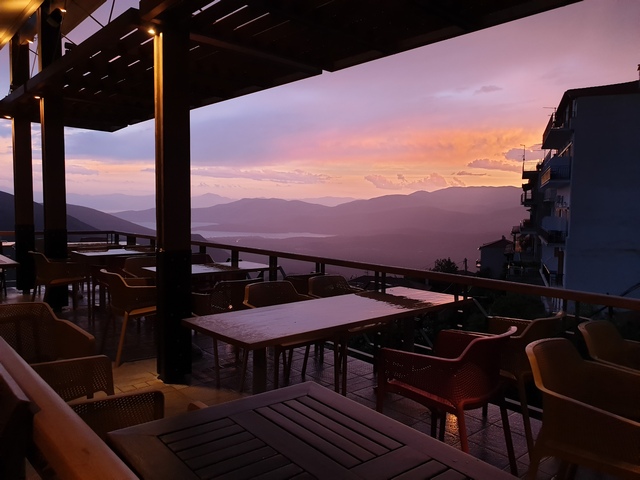 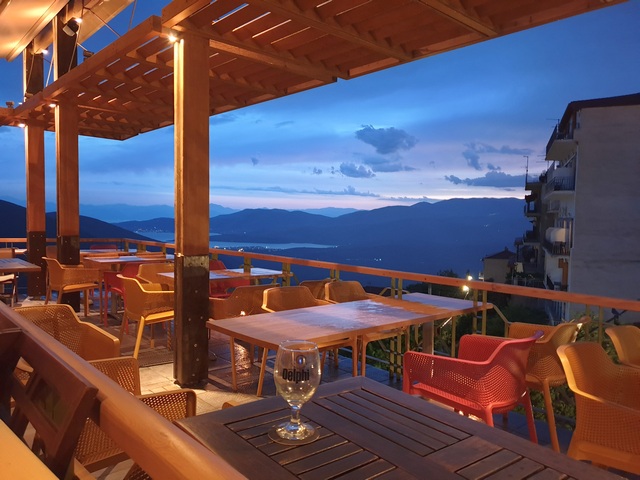 All the time in Greece, places I have only heard of in the past, like Kalamata (olives!) and Sparta (a poor shell of its former glorious past) as well as Tripoli, Thessaloniki, etc became real and surreal all at the same time.

During our sojourn, not only did we feasted on spectacular sights of turquoise seas and breathtaking sunsets, we also indulged in very tasty, healthy (Greek salad!) and wholesome (feta cheese!) food – lots of Omega 3 in the form of super-fresh sardines, anchovies and squid and copious amounts of golden aromatic extra virgin olive oil – accompanied by some truly extraordinary and very affordable local wines. Nothing was stratospherically pricey. 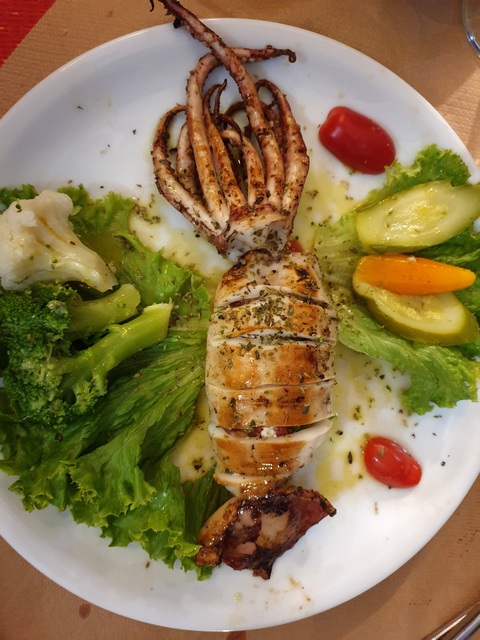 The Greeks have been eating octopus since ancient times. Indeed, the Greek love affair with the octopus spans millennia, and these cephalopods are still popular on the menu of the country’s many psarotavernes, or fish taverns.

On the islands, where the catch is often fresh, octopus is grilled over charcoal and fresh lemon juice squeezed over it.

Before it is cooked, the octopus must be tenderized because the creature is all muscle, tightly wound and incredibly tough. Most fishermen will kill the octopus by making a cut to its neck and then smacking it several times against the shoreline rocks. 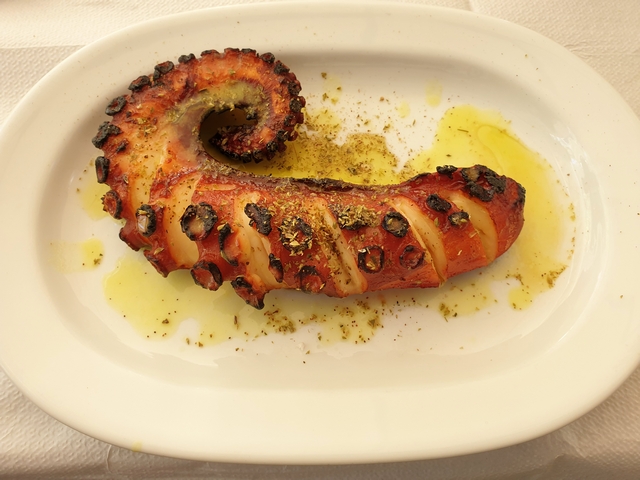 Having spent nearly a month on the road, and now, half a year later, all the nice eating places are too difficult to recall, but a couple like the Panos in Athens, the Paradosiakon in Hydra and the aforementioned Agora at Delphi (with an amazing view of the Bay of Corinth) are unforgettable ones.

But the one eatery that always pop up in my mind when I think of Greece, will be a surprise to many. Nope, it’s not a top end fine-dining Michelin-starred type dining establishment (yes, we went to a couple of really high-end restaurants too) but no, this restaurant that is always on my mind doesn’t even seem to have a name. It is a very basic “working class” eatery in the basement of a graffiti-covered ancient building near the Dimotiki Agora market in Athens. (Greece doesn’t seem to suffer from the the rip-roaring velocity of change happening in some countries.) In this no-name establishment, the same simple dishes are served to all who walk in. You can’t order, you just sit and the dishes will be brought to your table and every table gets the same dishes accompanied by wine flowing endlessly from giant wooden casks.

Indeed, this place will forever be burned into my memory. Often referred to as “the secret underground restaurant” it was established in 1957 by the father of the present owner, a very friendly and humorous chef, and as word spread, it is no longer so secret. We were lucky to find a table for lunch there while being serenaded by folk songs heartily belted out by a busker who strolled in with an accordion. 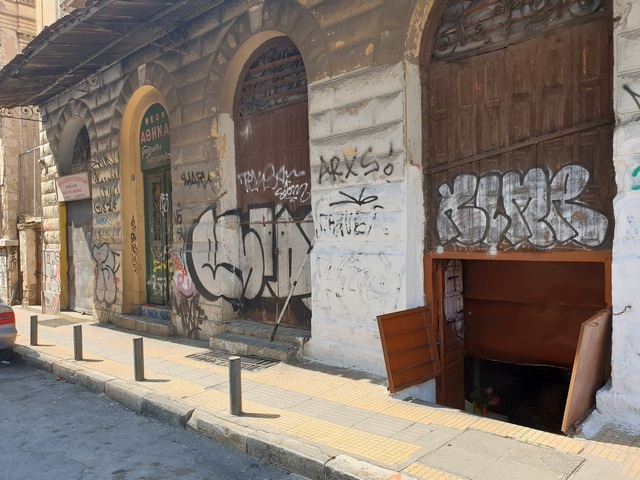 I was the youngest among the four travelers – one of whom was at least 7 years older than me – but I like to think that all of us are sophisticated, refined and erudite men who have lived internationally and have traveled the world; we are adventurers who have trekked the Pyrenees, hiked the Inca Trail, climbed Mount Kilimanjaro, explored North Korea and sailed the seven seas.

Of course, each individual has his own temperaments and peculiarities – I prefer the term “personality” – and the diversity made for stimulating and engaging interaction, discussion and fellowship. We are seasoned men, cognoscenti, really, comfortable whether we are at the opera or in a Greek taverna. Each one of us are already well accomplished in our professional lives, and have since a long time ago, financially reached a station in life many still aspire to, so there was no need to brag, and nothing to prove to anyone – the best type of friendship! The type of friendship where there was never a need for “my dick is longer than your dick” type of conversations. So, we let our hair down and spent hours chitchatting and sharing life experiences. The two times we stayed in Airbnbs, the four of us prepared meals and did laundry together – four old farts trying to figure out how to use a high-tech washing machine must be quite a sight to behold.

Among the four of us, two are cigar and pipe smokers. The other two are non-smokers. The smokes enhanced my enjoyment of the trip. I brought along about 60 sticks of aged cigars. Those arriving from non-EU countries are allowed only 50 sticks per person but who’s reading the fine print? I also brought along a few tins of vintage pipe tobacco. In addition, I purchased several more boxes of cigars while in Greece and the two of us  self-proclaimed tobacco aficionados literally chained-smoked some of the finest cigars throughout the trip. 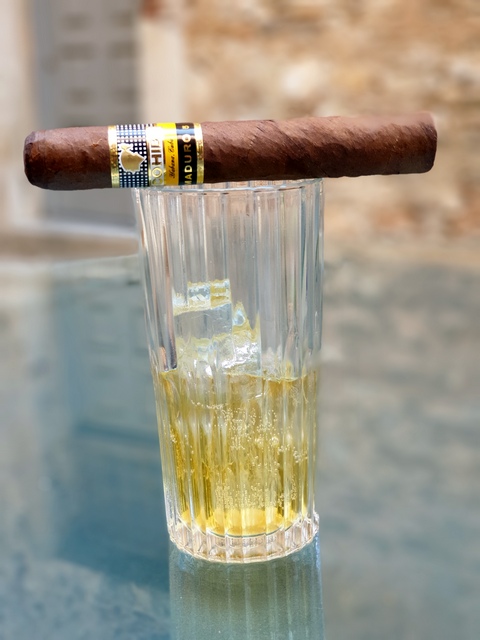 In 2019 I also made extensive and extended trips to Bangalore, Bangkok, Kuala Lumpur and Munich but my trip to Greece – my first – will always be the most unforgettable one.

Though truth be told, no trip can beat the two I took to Tasmania in recent years to spend time with my best friend and his wonderful family! Nothing can beat great company, mouth-watering homecooked food and heart-to-heart chats in front of a fireplace crackling with the sounds of burning logs!