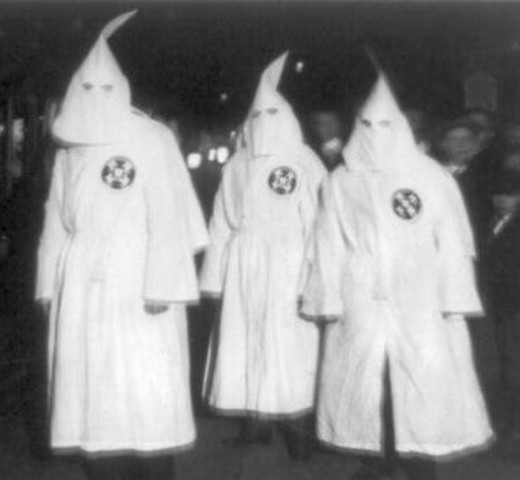 Over the Diwali weekend last October, a condominium resident (originally from India) got into an altercation with a security guard. The old fellow was asking the resident’s guests what time they were going to leave, as the condo enforced a rule that required a S$10/- fee for guests who park beyond 11:00pm in the evening.

The resident was very angry, loud and rude. Understandable, since it was Diwali weekend, supposed to be a happy time, especially for Indians.

In a video that quickly gone viral, the resident can be heard yelling at the security guard: “I bought [this] fucking property for S$1.5 million, you know? This is S$1.5 million, okay?”

After the guard told him he would let the management know of his unhappiness, the resident replied: “Tell the management to fuck off.” He also said something about this being a Diwali weekend and even asked if the guard celebrates Chinese New Year. The point was that this auspicious festival was spoilt by the inauspicious dispute caused by bylaws laid down by condo management which comprises fellow residents of the condo.

The exasperated resident’s vociferous highlighting that he paid 1.5 million for his unit and that “this is not HDB” caused umbrage because over 85% of people here live in such apartments. A little background: In Singapore, government-built so-called “public housing” are not like the slums and ghettos in some countries – some of these HDB (Housing & Development Board) apartments are being sold for millions! As stipulated by law, first-time buyers of new HDB apartments are free to put them on the open market after having lived in them for five years. So, after five years, many sell, make money and then “upgrade” by buying larger apartments with more rooms. All the selling and buying, selling and buying will eventually lead to their being wealthy enough to leave public housing altogether to make the “ultimate” upgrade to a non HDB-built condo, ie, “private housing” – a silly game many wiser people refuse to play. (Can you imagine moving house every few years? Moreover, most so-called “private” condos are smaller than HDB apartments. I for one am more than happy with my double-storey HDB 3-bedroom executive maisonette that cost me over half a million bucks when I bought it in 1997, and which I can sell for very much more today. But to move to a smaller house just to be able to brag that I live in private housing? Nah, my ego is not that inflated.) But the selling and buying of HDB apartments is a mega gazillion-dollar business. The ruling political party claims credit for this. The message is: because of this very wise government, a newly-married couple can own an apartment – their very own house – for an affordable sum of money; money that will eventually grow and grow over the years.

So, the jump from HDB to private condo is one many aspire to, and first-time owners of condos usually strut around with an attitude because they think they have now moved up and are better than the over 80% of Singaporeans living in HDB apartments.

That, perhaps was one reason why the aforesaid resident was so arrogant and bad-mannered. His use of the F word did not go unnoticed.

True, the resident used the F word a few times but the bastard got back a lot more than what he unloaded. He certainly got back way more than he bargained for.

Police reports were made, The Union of Security Employees and at least two other security-related organizations issued condemnations, two members of Parliament made comments about the debacle and a minister even weighed in with his supposedly infinite words of wisdom that most of our ministers seem to feel they possess.

Netizens immediately raged against the resident and his fellow expat Indians, a protest at Hong Lim Park was organized (yes, free Milo was promised), letters were written to the press, and calls were made to the government to scrape the Comprehensive Economic Cooperation Agreement between Singapore and India. Many believe the CECA opened the floodgates for Indians to flock here, robbing Singaporeans of their jobs. Opposition politicians also took the opportunity to milk some political capital out of this whole episode.

The resident received more than 200 abusive phone calls; food he didn’t order was sent to his house. The local press published a picture of what was supposed to be his pay details (he is said to be paid more than S$60,000/- a month working for JP Morgan) but it turned out that the pay slip shown wasn’t even his. His LinkedIn profile was dug out for all to see, but it was the wrong profile. It belongs to some other unfortunate fellow with a similar first name. A petition was started to get JP Morgan to fire the resident. His educational credentials were questioned. The company providing the security guards for the condo was replaced.

A revolting audio recording was uploaded online of a local – obviously brain dead – retard phoning the resident and hurling shitloads of vulgarities at him for nearly four solid minutes. Well, when you are not gifted with eloquence, all your vocabulary will be limited to profane street slangs and uncouth threats to copulate with the mothers of people you are angry with. The failed abortion in the audio was many times worse than the resident he was berating. He should have his tongue ripped off or at the very least, his mouth scrubbed with the strongest toilet detergent available.

Yes, the lynch mob was in full swing.

The mob has done it before, driven people out, outed others. One Aussie woman had to leave the country for making fun of “cheap” Malay weddings. A Briton had to flee after suffering abuse for complaining about public transport. Members of the lynch mob Singapore-style are self-appointed vigilantes ever-baying for blood. Doxxing, though illegal, according to the changes to the Protection from Harassment Act passed in Parliament in May 2019, is the name of the game. The end justifies the means, right?

Friedrich Nietzsche once said whoever fights monsters should see to it that in the process, he does not become a monster himself.

Anyway, five days later, the resident, accompanied by all the important looking bigwigs of the security industry – who no doubt hoped to take credit and to bask in some unearned glory for engineering the meeting – apologized to the security guard. The guard, verbally abused and yelled at five days earlier, was now respectfully addressed by the resident as “Uncle.” From zero to hero in five days, not bad.

It was lovey-dovey kiss-and-make-up time.

And now the lynch mob waits patiently for the next person to hang.

January 18th 2020 update: the man who was caught on a widely shared video verbally abusing a condominium security guard last October, has been issued a stern warning by the police for intentionally causing harassment.

Four other men were in turn also given warnings for harassing the man, including threatening him and his family with death, violence and rape.

The police said that it reached the decision in consultation with the Attorney-General’s Chambers.