Grab Crab: May the Bleeding Hearts Cry! And for Rabbits Too! 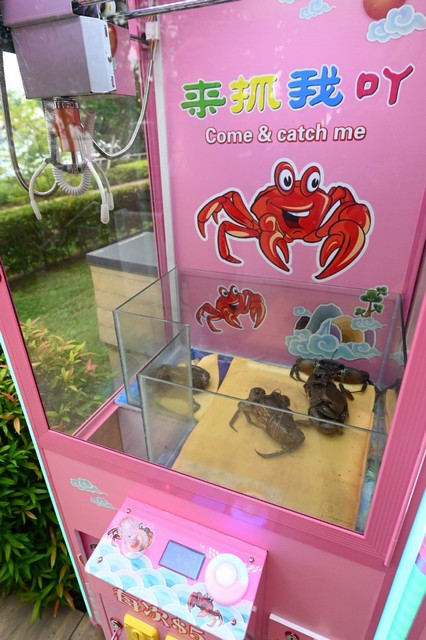 If you go to fun fairs, you’ll see those machines filled with cute soft toys. You put in a coin and you are then allowed to operate a set of claws to grab any of the toys you fancy.

Last October, a seafood restaurant was pilloried for having such a machine where live crabs, instead of soft toys, were there for anyone to grab them.

Actually, what the restaurant used was not a generic claw machine. It was modified with a foam base and a built-in water-filtration system, which is more than what most coffeeshops use to house their live seafood before they are cooked and eaten.

Anyway, The SPCA cried foul and the owners of the restaurant had to formally apologize by bowing in public and in full view of press cameras. 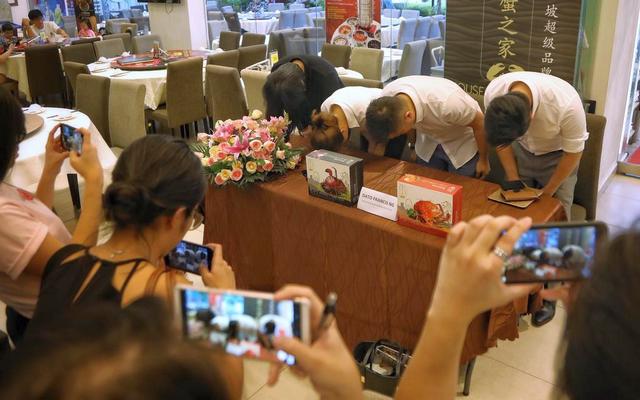 Prior to the public apology, The SPCA had reported the restaurant to the Animal and Veterinary Service, a unit under the National Parks Board.

What was The SPCA thinking? Was it hoping that the restaurant owner would be arrested, jailed and caned for fucking with the lives of crabs?

So, putting them in these machines is cruel? What about eating them? What about boiling them alive?

And talking about crustaceans aren’t crabs crustaceans too? So strictly speaking, is it any business of The Society for the Prevention of Cruelty to Animals to poke their noses in?

A terrorist escaped from prison and no one apologized but crabs allegedly got “abused” and people had to bow and apologize in public. Yup, let me repeat: a terrorist (who limps by the way) escaped capture and captured crabs received “torture” and it was national headline news!

Make of it what you will.

One other thought: Perhaps some equally unoccupied losers should form a Society for the Prevention of Cruelty to Crustaceans and appoint some crabby bastards to run it?

This will give nosy retards with nothing better to do, something to do.

Hopefully, this way, they won’t dream up stupid reasons that will force people to make public apologies.

Oh and I almost forgot about the rabbits!

In late November, Tong Xin Ru Yi Traditional Hotpot in Clarke Quay started selling two dishes containing rabbit meat, resulting in The Bunny Wonderland and the House Rabbit Society of Singapore – yes there is a society for every fucking thing – promptly issuing a strong statement of condemnation on Facebook.

They also launched a petition demanding that the restaurant stop selling rabbit dishes.

A few netizens took their militant tactics even further by labeling the restaurant as a “cemetery” on Google Maps. They also submitted photos of rabbits edited to look like those in obituaries to the images section of the restaurant’s Google summary box.

Long before rabbits were kept as pets, they were farmed for their meat and fur. The practice started in ancient Rome, but in many countries today, rabbit is consumed. Mahathir once even urged Malaysians to eat more rabbits. In fact, a farm in Semenyih, Selangor once had 30,000 rabbits! Elsewhere, it was reported that Malaysia produced rabbits in the range of 5000 to 9000 tons in the 1990s.

But here in Singapore, a small group of utterly dense and unschooled bottom feeders who disagree with the culinary choices of others have decided to demonize rabbit consumption. The fact is that the restaurant owner did nothing criminal as Singapore legally allows the import and consumption of rabbit meat, and the restaurant had been licensed to sell it.

So for netizens to do what they did is sheer stupidity and nothing short of evil. They hurt the reputation of a legitimate business, placing the livelihood of the restaurant owner and the livelihoods of all his workers in jeopardy.

Bunny Wonderland’s justification is that rabbit lovers are unwilling to eat their pets so “please remove this unwelcomed dish from the menu and do not encourage the consumption of our pets in any shape or form in the future!” As Szechuanese people from China appreciate rabbit meat, the thugs from these two groups and their affiliates even went online to ask the Szechuanese people in Singapore to go back to China.

What a shitty third world behavior from mentally defective scumbags living in first world Singapore, plus it’s a big stretch to say that having rabbit meat on a restaurant menu is the same as eating pet rabbits. The rabbits that are cooked are hardly the same animal as the ones these dimwits – who probably don’t have the intelligence to maintain say pet cats or dogs – keep at home.

Rabbits reared for food are in fact much larger than the breeds used as pets. The New Zealand rabbit, for example – the breed usually farmed for its meat – weighs in at about 5kg. In contrast, one of the most common pet breeds, the Netherland Dwarf, weighs only about 1kg. Talk about unschooled indeed.

Those who love rabbits so much that they are unable to bring themselves to eat any rabbit meat at all are entitled to their views. But those who want to eat rabbit meat have an equal right to their preference, said a commentator.

Also wise are words by Jacob Dunn and Jeroen Smaers; their new research, published in Frontiers in Neuroscience, proves that apes “have got the voice but not the brains” and the behavior of those peabrains from The Bunny Wonderland and the House Rabbit Society of Singapore only goes to confirm that. 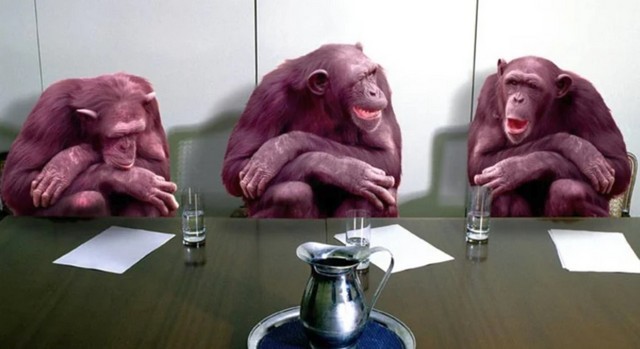