Smarty-pants Not Wanted on This Planet 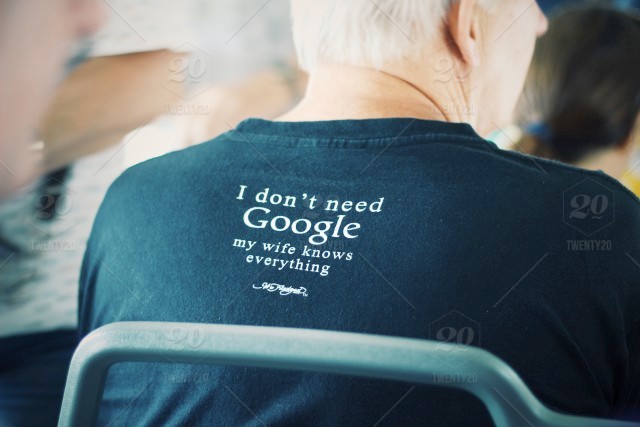 Was having a drink at a quiet corner of a cafe when a thirty-something-year-old fellow walked in with two other slightly younger guys and plonked themselves near me.

They didn’t even order a drink.

The thirty-something-year-old guy proceeded for the rest of the evening to boast to his friends about his achievements: how clever he was, how well-connected he was, how he tackled clients, how he ran some very profitable side hustles while keeping a full-time job, how he “educated” his own colleagues, how he tricked the government, how he beat the system, how he screwed his boss, how his shenanigans will keep him employed, how he gamed the system in every company he has worked in, etc etc ad nauseam. Basically, he was doing his utmost to impress upon his two hapless companions what a shrewd, super intelligent guy he was.

All this time I was wondering “If you’re so darn smart, why can’t you even afford a coffee or at least have some EQ to get your guests some coffee?”

He doesn’t seem to realize that the best part of him ran down his mother’s legs a long time ago.

Such noisy braggadocio was an invasion of my personal space.

What an obnoxious little piece of shit.

Obviously being obnoxious is in nowadays.

Everyone is trying to outdo that lobotomized retarded teenager from that Nordic country where they stuff stinking Surströmming in their faces. And where they make crappy furniture by a company founded by a former Nazi, a company that depletes entire forests of trees so that they could sell cheap killer furniture to suckers. Why is our brain damaged teenage activist keeping quiet about what’s happening in her own backyard?

If the little nose snot would have been near I would have slapped the shit out of her!

Indeed why is this angry brat getting her smelly panties in a bunch about?

Don’t just stir shit. Come up with some solid, realistic, workable plans! Any halfwit can bitch and moan but can they provide some accomplishable solutions?

Publishers need to sell magazines so even someone who is deranged can be named person of the year. Hitler was TIME Man of the Year in 1938, so what?

I admire people with passion, that is, if their passion is real, and that they are not puppets whose strings are being pulled by some insidious entities behind them.

So stop dumping manure at meetings or brainswashing children to take to the streets to scold world leaders for not doing enough!

An adolescent educating the world about climate change?

And stupid people lap it up?

I caution against that because that person’s intellectual firepower is in question.

Richard Lynn, a British professor of psychology and Tatu Vanhanen, a Finnish professor of political science, conducted IQ studies in more than 80 countries from 2002 to 2006. Which country has the highest IQ? Not the country where our homo-not-so-very-sapien comes from, but (drum roll, please) Singapore!

Why “homo-not-so-very-sapien”? Well, an adolescent’s need to dominate and the adult’s need to inspire is a perilous combination, because in a person’s teenage years, his brain is underdeveloped; basically he is stupid as fuck and because he is stupid as fuck, he is gathering information from various sources and more insidiously from certain entities selling him what he wants to see and scripting him as to what to say. So the teenager, moreover, one with Asperger’s doesn’t know he is stupid as fuck because he thinks he is an adult and possesses all the mental faculties to influence the world.

I suppose, understandably, The Brat and other youngsters may think they have a greater stake in climate change than older people because they’re the ones who will have to deal with the consequences. But don’t forget, Al Gore – chief shit-stirrer and chief of the climate warriors – was born in 1948.

Anyway, a lot of nincompoops in the the world are senseless enough to dare to listen to this crazy kid!

They dare because the clueless don’t know what fear is, they dare because most of these trouble makers are brainless, vituperative morons who are actually pawns attached to strings pulled by manipulative crooks behind the scene, heretical miscreants with big sinister agendas.

Indeed the worst examples are these disruptors, those Extinction Rebellion types, washouts with diarrhea in their brains who think of themselves as progressive (or “woke”) sort of nutjobs.

Don’t get me wrong. I’m not a climate change denier. Since the 70’s (when many of today’s “activists” were still in liquid form) I’ve been warning people about the dire consequences of climate change, and proposing solutions to mitigate and manage it, and I know how to differentiate what is truthful and what is bullshit, but these peabrains making all that noise today only know how to make noise. They want to start a revolution when they don’t even know how to start a lawn mower! They reside in mansions that use up more megawatts of electricity than an entire city. They live in countries where they can go to fancy supermarkets any time they want, and buy the world’s most expensive tropical fruits like the Yubari King melon; supermarkets where the shelves never run empty. They live in countries where even the poorest would be the wealthiest in sub-Sahara Africa. And speaking of Africa, if these dumbshits continue to pressure airlines to cancel their air mile programs and to discourage people from flying (“flight shame”) and airlines and air travelers capitulate, the entire African continent would be reduced to wasteland! (Tourism to Africa is worth US$300 billion and the money enables wildlife to be protected and conserved as well.) But they are ignorant and while protesting, they luxuriate in lives of leisure supported by the efforts of others and through inherited money, money from their forebears who actually worked for a living. These dipshits preach about not using drinking straws or plastic but stand in line overnight to buy the latest iPhones for nearly US$2000/- each. They exhort others to eliminate carbon emissions but splurge on A5 wagyu. Their own farts probably cause more carbon emissions than anything else. Some of the women are dripping in diamonds, wearing more jewelry than a Tiffany store. And they swing their rounded hips and strut in their snake skin stilettos to stage protests to chastise the rest of us for not doing enough to preserve the earth. They have no credible and workable ways of saving the planet; they only know how to block traffic, lie on the road, climb on top of trains, smash infrastructure, beat policemen with poles and metal rods, throw Molotov cocktails and bricks at people who disagree with them, set fires to stores, and force students to quit classes and to take to the streets to cause mayhem, while all the time proselytizing about love and peace and protecting the environment.

“Madness is rare in individuals, but in groups, states, and societies, it’s the norm.” — Friedrich Neitzche

My generation worked hard so that you can quit school and beat up policemen and when the assaulted policeman fought back your cohorts accused him and his colleagues for police brutality? Thank your lucky stars the bullet wasn’t fired right into your head, you scumbag!

I have a piece of advice for these douche bags who want to make this world a better place: Go fuck yourselves.

Many people are still alive today only because murder is a crime.

Want to argue with me?

Remember I am a wordsmith and I make a living using my mouth – not the way your mother does, though.

But hear from a better wordsmith! Simmer down from my raging rant and read a calmer rebuke by a more learned person by clicking here.