Crowdfunded Products? Thanks, but No Thanks! 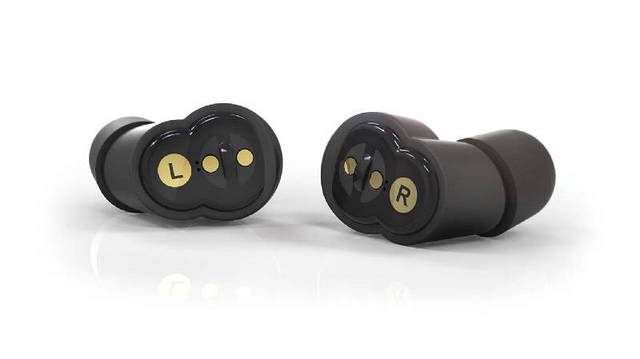 I don’t watch movies on planes. The constant interruptions by cabin crew drive me nuts!

(Yeah, if only! One can always dream.)

So I read but ten hours of Stephen King can drive you crazy too, especially when the novel starts out well and then Mr King plays you out big time by suddenly introducing a supernatural element or twist and pulls the carpet right off your feet, making you go “What the fuck?!”

So in between being screwed by millionaire authors and listening to inflight announcements – seriously, they should teach pilots to speak properly! – I would browse through the duty free catalogs in the seat pocket in front of me.

Mind you, these catalogs are beginning to become as thick as phone directories!

Travelers, due to some weird psychological reasons, are big into retail therapy so, long story short, I once bought a pair of earbuds designed to shut out all outside noise.

Useful if you sleep next to someone who snores like a fog horn and refuses to do anything about it. Yup, the “not my problem” mentality. I have several friends whose spouses snore so loudly that homicide is being contemplated every night. Thanks be to God, my wife doesn’t snore at all. I bought those earbuds to shut out noise when I meditate.

These earbuds were originally developed through crowdfunding and cost me quite a lot of moolah.

The next thing that happened was that I suffered from buyer’s remorse because after the purchase, I immediately realized that the free ear plugs made of cheap sponge that came with the airline’s toiletry bag actually perform better than these expensive gizmos.

Yup, I have never had good experience with crowdfunded products.

Crowdfunding is basically this: you think you have a brilliant idea for a product that will change the world or people’s lives, whatever, and you go to the public (the crowd) for money (funding) and then you manufacture the product and your supporters receive the product, which are usually then put on the open market for sale later.

The couple of times I have invested money in crowdfunded projects have all turned out to be nothing but clusterfucks.

The world’s best travel jacket, BauBax, had sizing all wrong.

In the end, I threw it away.

Opened the rubbish chute, and dumped the expensive but bloody useless piece of shit.

Even had a ceremony around it, invited the neighborhood priest who had all of us standing in a circle, holding hands and chanting “Crowdfunding sucks, crowdfunding sucks.”

But I did dump that shit away.

The QuietOn earbuds (in the picture above) are supposed to have buttons you can press for “talk” mode but this is a total scam because these buttons are not buttons – just tiny plastic bumps – and they cannot even be pressed.

Of course these products’ marketing strategies are so convincing. They are also on every social media platform you can think of and watching their videos, you would have thought that these are the best inventions since sliced bread.

But I was screwed royally.

What’s more I waited months and months for these crap to arrive.

So now if someone tells me to invest in some brilliant idea that will soon go into production using crowdfunded money, I put on my free ear plugs from the airlines and walk away.

I suggest you do the same.

In fact, some so-called crowdfunding projects are 100% pure scams.

For example, the iBackPack, a backpack which was supposed to produce a Wi-fi hotspot. The crooks behind it raised more than US$800,000/- and were accused by the US Federal Trade Commission of using those funds to buy bitcoin and pay off credit card debts.

There you go! Nuff said.