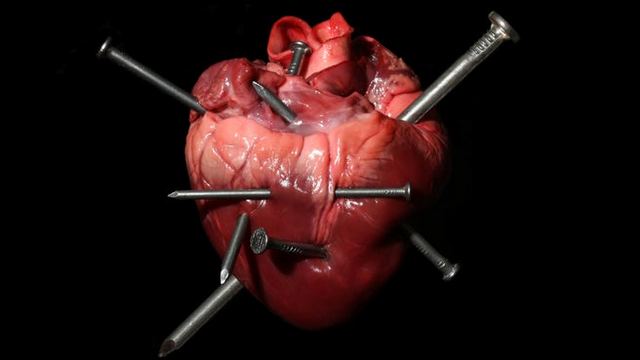 I have on many occasions been asked to help resolve conflicts between individuals.

I did it so often and saw the benefits, until I went around preaching nonstop about the advantages of proactive confrontation.

I even conduct seminars on the subject.

Confrontation is often defined as a hostile or argumentative situation or meeting between opposing individuals.

But when I help resolve conflicts the confrontation that takes place is not hostile.

The face-to-face session with aggrieved individuals facilitated or mediated by me, is the direct expression of one person’s view (thoughts and feelings) of the conflict situation and an invitation for the other person to express his or her views of the conflict.

Both sides do do their “airing” so to speak.

This leads to understanding and resolution, and a commitment to move forward in a positive and constructive manner.

Often, prior to that final stage – especially in an unmediated situation –  resentment and hurt long buried are surfaced and harsh words are exchanged.

A Japanese proverb says something to the effect that a tongue three-inch long can kill a man six-foot tall. Indeed, a tongue has no bones but it is strong enough to “kill” someone.

Tantrums and angry, cruel words that accompany rage could easily be avoided, actually.

The lesson is: if someone hurts you, don’t keep your unhappiness simmering and boiling inside you until everything explodes months or years later. Manage your emotions and quickly go to the person causing you hurt and in a mature, calm, adult and dignified manner, start a dialog.

And keep your voice down while doing that.

Raise your words, not your voice. It is rain that grows flowers, not thunder. – Rumi

So if you do that right at the beginning, there is no need to suffer infinite amount of time feeling shitty.

Not everyone has the balls to do that, however.

Take my friend K N Lee. Some years ago, he suddenly cut off all contact with me and refused to respond to my emails, text messages, etc.

Before that we were bosom pals enjoying each other’s company – traveled together, feasted together, smoked Cuban cigars and drank good stuff together.

Then, all of a sudden, radio silence.

I am very used to rude, unappreciative and ungrateful ingrates in my life, but the “silencer” types, that’s another group of scumbags, really.

I eventually managed to get a hold of him and asked him if I had inadvertently offended him for him to behave that way. I told him I would apologize if I had caused him hurt. But he denied there was anything that I have said or done that had pissed him off.

But he continued to cold shoulder me.

No gonads to speak the truth.

Not a man at all.

So he lied and said “nothing wrong.”

People like him lack the self-control to discipline themselves to do the appropriate thing.

But the things that must be done, like dealing with their resentment of someone, they cannot bring themselves to do it.

(Maybe the smoking, drinking and over-eating are just emotional consequences of their lack of self-discipline?)

Well, what can I do?

I am not a fucking mind reader. If you don’t articulate your thoughts, I have no way of knowing how you feel. I continue to live happily, oblivious to your unhappiness while you continue to resent me and seethe with anger.

Holding onto anger is like grasping a piece of hot coal with the intent of throwing it at someone else, but you are the one who’s getting burned!

Nelson Mandala said resentment is like drinking poison and then hoping it will kill your enemies.

Fantastic! Mr Lee, I’m still very much alive! I hope you are not dying a slow painful death.

On second thought, Mr Lee could be someone who preaches the merit of taming the tongue. Indeed there are some people who would keep quiet rather than opening their mouths to clarify the air.

But those can be dangerous too; I know of some douche bags who preach sermons telling people to tame the tongue, but are themselves not all that saintly.

You see, they may tame their own tongues and not engage in face-to-face meetings to solve problems, but  insidiously influence others to stir shit. In other words, they let their hangers-on and lackeys do their dirty deeds. All their ass-kissers gladly become their henchmen and henchwomen. Every weak person wants to be near the seat of power. So these dickwads who tame their own tongues look like saintly angels while those who are more than happy to do their bidding, will do their dirty work for them. And when some of these evil ones ascends to the throne one day and begins to live the life of parasitic freeloaders themselves and starts to preach the same sermons, the shit just perpetuates. No wonder organized religion is so diabolical. Not every one who goes to theological colleges to get training to become pastors are angels. There are more demons than angels at the helm of churches.

“Perhaps the most valuable result of all education is the ability to make yourself do the thing you have to do, when it ought to be done, whether you like it or not. It is the first lesson that ought to be learnt; and however early a man’s training begins, it is probably the last lesson that he learns thoroughly.” – Thomas Huxley

Theological students, are you listening? All that Bible knowledge is useless if you forget how to be a decent human being in the first place.

If you have a problem with me, man up, grow some testicles and come and talk to me face-to-face!

Don’t be a conniving backstabber!

Don’t be a scrotum-less cunt and stir shit or psycho other people to speak up for you, you fucking ball-less cretin!

I don’t hate people like you, instead, I pity you for who and what you are.

Avoiding conflict is conflict. Healthy adults talk about problems. We look for solutions. When people hurt us, we communicate with compassion, directly and tactfully. We understand that no connection will last if people hold in all of their anger, pain and misunderstandings. – Sylvester McNutt III