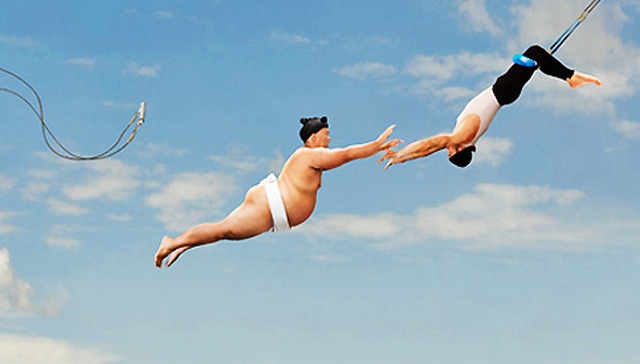 When I was a kid, about the only time I had with my father was at dinner and because in the day he worked and I was in school, dinner times were the primary times he could do his “fathering” and it always meant unleashing his rebukes and criticism at me. “You did this wrong; this is how you should do it and this is how it ought to be done the next time.” It came to a point where I hated meal times. It was my wise mother – God bless her soul – who told my father “Do not make every encounter you have with your son an unpleasant one, it will alienate him from you.”

I suspect it is human nature for us to relish at catching red-handed, someone screwing up, someone doing something wrongly. Our savior complex kicks in and we can’t wait to show our superiority by correcting the person.

If every encounter you have with a person is him or her correcting you, do you think that’s nice?

I know a henpecked man whose wife never fails to point out all his “mistakes.”

He could be making a coffee in the kitchen and his wife would walk in and tells him he is doing it wrongly.

Imagine, a grown man who has made coffee all his life and he is being told he has been doing it wrongly all along.

He could be folding a shirt and his wife, when she sees him doing that, will chastise him and points out that he is fucking it up big time.

If you go around correcting people, you will soon be the most hated person in the universe.

You don’t build up people that way. You are actually tearing the person down. That’s not the way to be a supporting spouse.

Phrase it differently, if you have to open your mouth. For a change, try saying, “Come, let me help you, I used to struggle with this but I have found that this way works more efficiently, let me do it for you.”

Any moron can talk, only the wise will show and prove that action speaks louder than words.

In the case of a life-and-death situation, say, in a hospital emergency room, you can change the method a bit by using the right tone and saying what you need to say sotto voce. Never reprimand-teach in a manner as to cause embarrassment to the person.

People of a particular generation were abrupt, harsh and dictatorial.

The parents of today provide more positive strokes to their kids.

Previous generations of people using the methods their parents used on them and applying it to the people of today will fail miserably.

So you have to be open to feedback and must be teachable and be willing to learn.

There is even a wonderful “biological happiness factor” that is a personal reward for catching people doing something right. Research shows that the person who receives positive feedback will experience a sense of euphoria. Similarly, studies show that the person offering uplifting messages feels just as good in the giving. An unexpected side effect is that bystanders who are just witnesses to these “acts of kindness” feel great being around these positive exchanges.

I have seen how someone relates to his staff and it made me cringe because words that were spoken were harsh and demeaning.

On the other hand, I have seen a fantastic people manager showing his staff the correct way to go about a procedure, a process that was executed with sensitivity and respect. Not only did the recipient of the instruction felt good, I too felt elated and gratified.