The Meaning of Fear 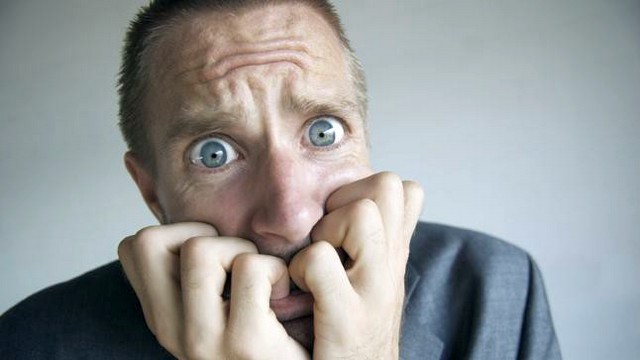 Why are people freaking out?

It’s scary because the unknown seems new and no one knows the cause.

Some attribute it to the old-fashioned jinbu (strengthening the body) habits of the Chinese which they do by drinking tonics concocted by practitioners of traditional Chinese medicine or by eating certain parts of animals or exotic wild animals like bats, but then experts have come out to disclaim that.

The fact of the matter is that no one knows for sure.

Ignorance can be bliss, actually.

Indonesia has 264 million people, over 2 million tourists from China, but 0 reported cases.

Indonesia is free from it and that’s only because that shitty country doesn’t have the means to test for it.

“We owe it to God,” said health minister Terawan Agus Putranto, a military doctor and radiologist whose expertise does not include pandemic viruses. “It’s because of our prayers,” said the retard.

Well, I don’t know about that.

In Singapore, the people who pray the most are canceling worship services.

What we know is that people are fearful and they are panicking and a (brick-shitting) minister in Singapore, who lost his composure when he became exasperated by scenes of panic buying at supermarkets in Hong Kong and Singapore has referred to some of these panic-stricken shoppers as “idiots.”

This guy is a real class act.

There are psychological and other reasons why people desperately stock up on essential items during times like this. These people need a government who is sympathetic to their concerns. They don’t need a scolding. They don’t deserve to be humiliated. They should be understood, not insulted.

I have no qualification to determine how politicians should behave or say but I believe that for a government minister of some seniority, it is the height of EQ deficiency when you go around calling people from other countries “idiots.” It is stupidity of the highest order to also refer to people who put you in office as “idiots.”

God has mercy upon us if this clown becomes prime minister one day.

What can I say? The truth is that many who rule, those at the helm, are but cretins.

Another hard truth is that this current situation is not remotely new. All these calamities have happened before. SARS, also known as Bird Flu killed more than 700 worldwide. Experts still cannot agree how many have died from MERS aka Camel Flu for which no effective cure has been found as of today. Ebola killed about 5000. The Great Plague aka Black Death killed 25 million. The Spanish Flu infected 200 million. Smallpox wiped out 50% of Australia’s aborigines.

The world today also has new vulnerabilities that didn’t exist back then. China is far more connected to the rest of the world than it was 17 years ago when SARS emerged, which means it’s easier for whatever to spread internationally and that any economic damage in China from the outbreak won’t be contained there. China under Emperor Buffoon Xi is even more authoritarian than his predecessor in 2003, and doctors who raised the first alarms, instead of being lionized, were jailed and left to die. Yup, a classic case of killing the messenger. Data continues to be compromised, under reporting is ongoing and the big cover up never ceases.

And then there’s another new contagion today: the scourge of social media. In 2003 there was no Facebook, no Twitter, no Reddit, and no smartphones. Information about the outbreak was disseminated mostly through the mainstream media. It’s different today.

Influencers and hucksters use social media to spread hoaxes about the origins of the outbreak, its severity, even supposed cures. (Among the most ridiculous: eating raw onions and garlic and sniffing and ingesting aromatherapy oils. Iranian cleric Ayatollah Tabrizian advised those infected to “drench some cotton in violet oil and insert it into your anus.” I hope Iran’s deputy health minister, who is infected, is following his advice.)

Even the mainstream media ecosystem is contaminated by disinformation and contradictions almost on a daily basis. Masks are safe, masks are useless, always wear a mask, no, only wear one when you are sick.

We need to see the big picture. All of this has happened before and it is happening now and it will happen again. Step back, look at this from a distance, not with your ear to the ground. See how small this crisis really is in the larger scheme of things.

Will we all die soon?

Look back through the pages of history. You’ll find that most of the things people were worried about never came to pass. The trends petered out. Revolution lost their momentum. Sanity was restored. You’ll find that most people totally missed the issues they should have been concerned about. You’ll find people who were so focused on the patterns and the symptoms of problems that they were side-tracked and distracted and lost opportunities to address the root causes.

More importantly, none of us are around long enough to waste any time on worry anyway. So, relax. See the big picture. Focus on what is within your control. Change what you can. Make a difference where you can. Let go and keep going.

To become exasperated and to feel helpless is to overreact, and results in you referring to people who voted you in office as “idiots” – an unforgivable sin. No, a confirmed fact. Come to think of it, I wonder if people who put such “idiots” into high office are probably “idiots” themselves. They get the minister they deserve. Also, it takes an “idiot” to know an “idiot.” Now you know why that obnoxious short ass Napoleon wannabe called those who elected him into a two-million-dollar-a-year job “idiots.”

A Cambridge-educated government minister who was chief of army holding a major-general rank prior to entering politics losing his cool and showing his true colors during a crisis and calling his electorate “idiots” also heightens tension and breeds emotional responses. We don’t need that. In fact, that may well be the whole problem.

It can also mean face everything and rise.

Which do you prefer?