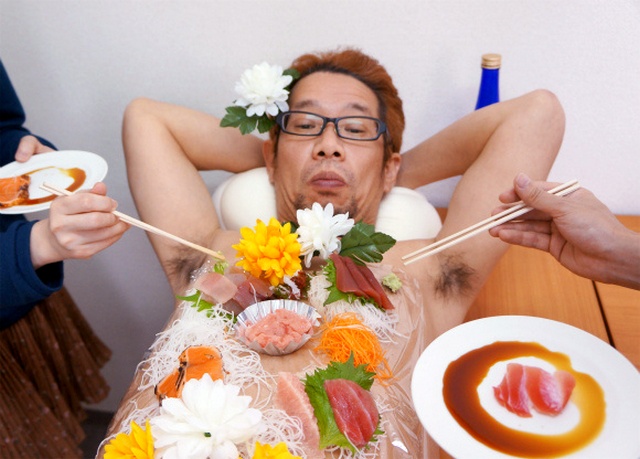 A retard like him should make a fool of himself away from public eye.

I was told by a lady friend – a Japanese – who shops at the supermarket of Isetan at Westgate. She said she now avoids going there and if she had no choice but to go there, she would avoid the alcohol section.

“That’s where mobsters rule,” she said.

According to her – and I have gone down with her to see for my own eyes and can verify this – the alcohol section of the Isetan supermarket at Westgate, has a little bar counter with enough capacity for about ten. I suppose the purpose of the counter is for customers to sample sake, wine, etc but lately it has been “conquered” by a mob of loud and mostly drunk people who has “taken over” the counter and causing a ruckus. They would eat the food they have purchased from the supermarket, consume alcohol and being inebriated, would yell at the top of their voices (drunks cannot hear themselves), ogle female shoppers and make rude comments in Hokkien. All this happening at lunch time! There are also women in the group. Group “members” are not young, I guess they are perhaps retirees in their late 50’s or early 60’s. But so what, we all grow old but not everyone grows up. So you can forget about “mature” people behaving with decorum and circumspection.

This reminds me of some friends who are unable to use the facilities – gym, tennis court, etc – at their condos because a “mob” has taken over. These “mobsters” claim territorial rights to shared spaces and build an invisible barrier excluding others from using the facilities.

It also reminds me of loud groups who often infiltrate quiet, peaceful places like cigar lounges, piano bars or even premises in private clubs. Noisy groups show up sometimes and end up disturbing the peace, making others uncomfortable. Often, the decibel level is so high I can’t even hear myself think. People who run these establishments have a responsibility to ensure that all their customers enjoy peace and quiet and must not hesitate to take some enforcement action. Otherwise, their faithful and loyal customers will simply go elsewhere.

Indeed, disappearing customers could easily be avoided if the management of these places pull their brains out of their asses.

If the supermarket doesn’t care, nothing will change except its ambiance and image.

Just as well, it’s closing down next month. And perhaps it’s closing because it has allowed mobsters to rule.