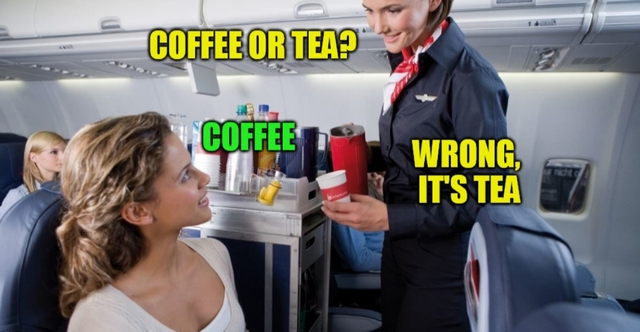 Some people think this is funny.

Flying attracts so much flak but it accounts only for just 2% of carbon dioxide emissions.

Okay, if you include flying’s other emissions, the true figure is about 5% but that still leaves 95% of climate damage coming from elsewhere.

It will get more because of the increase in air travel. The number of air passenger journeys worldwide is expected to rise from 4.4 billion in 2018 to 8.2 billion by 2037.

Flying is considered an elite activity, that’s why it draws so much flak.

According to 2014 government figures, 70% of flights by UK residents were taken by just 15% of the population.

So, it is leisure travelers who are boosting flight growth. And as their numbers rise, the climate warriors will carry on gunning for air travel.

They ought to keep their mouth shut because one of their kind bragged about sailing across the Atlantic instead of flying but conveniently avoided mentioning that a couple of crew members had to fly in to sail the boat back.

Some protest in the streets, asking people to use electric cars while in Congo, destitute, homeless children are roped into mining cobalt for the batteries of these cars.

Not very smart is it?

Many “smart” people aren’t actually smart. They just know a lot of trivia. Sure, they can tell you all sorts of facts, they have a brain filled with big words, or they can give you the up-to-the-minute news about COVID-19, even how the virus spreads. But can they tell you what any of this means? Do they do anything important with this information? Of course not.

“Far too many good brains,” said Seneca, “have been afflicted by the pointless enthusiasm for useless knowledge.”