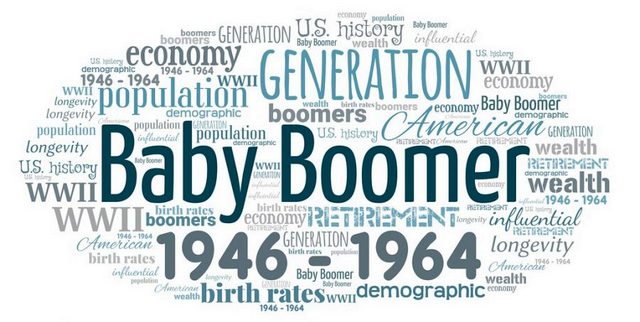 I won’t call it ageist discrimination but if my children say “okay, boomer” to me, I’ll slap them.

A friend of mine, who is almost 70, just went out and bought a Ferrari, the latest model. He said he has earned it. And he has always wanted it. His daughter argued with him, saying, if he really have to buy a Ferrari, why not just buy an earlier model, that he doesn’t really need the power that comes with the latest model. He responded by saying why buy an older model when a newer model is now available and the daughter said, “Okay, boomer” to him, shook her head and walked away.

What surprises me though is how did the boomers ever spawn such brats? That the boomers made and raised them seems to escape the millennials.

I mean that guy is almost 70, had always wanted to drive a Ferrari, and so he wants the latest model just because such a model is available, and he can afford it. I say let the old man have his fun, he’s not going to live forever. Like they say, his one leg is already in the coffin! I don’t like the idea of people flaunting their wealth, but the fucker is almost 70, be magnanimous, humor him and let him enjoy a bit lah!

He has also just pre-ordered the latest Samsung Galaxy S20 Ultra 5G mobile phone with a powerful 5,000mAh battery, 512GB storage, 16GB RAM; a phone with a kick ass camera “that will change photography.” Does he need a 5G handset when there is really no widespread 5G coverage as yet? Does he need 512GB of storage? Of course not! But what the fuck, he has the money and he wants the latest of course! So let him be.

By the way, boomers are not stupid. Take travel, for example; millennials will never have the life experiences that enable the boomers to steer travel trends toward off-the-beaten-path places that millennials have never even heard of.

Indeed, those over 60 with their financial stability, strong physique and devil-may-care attitude are exploring the world. Their destinations may not have Michelin-starred restaurants or the world’s most Instagramable spots, but they get to experience unique cultures – instead of taking endless selfies – and plenty of chances to encounter somewhere fresh and truly exciting.

Just don’t let the smart-alecky millennials know, or they’ll flock there and fuck everything up big time.