Christ may have risen but many are still down.

Singapore, which won plaudits for our rapid initial response to the outbreak in January, is under a near total lockdown – the government calls it a “circuit breaker” – since April 7th after reporting a surge in new cases.

Some of the 200,000 Singaporeans who were overseas have returned. That caused a spike in the number of infections. Thankfully, those numbers have since gone down to zero.

The focus is now on our army of migrant workers. About 200,000 of these migrant workers – mainly in the construction industry – are housed in 43 crowded dormitories and infection numbers went through the roof when some of them were infected while visiting a 24-hour shopping mall in Little India. The authorities have quickly sprung to action. These workers have been ring-fenced, but they are fed and their wages still paid in full.

What is also of concern is that there are people with no travel history or contact with those infected and are asymptomatic carriers going around infecting healthy people.

This has resulted in some shit-stirrers to comment that Singapore, “the country that patted itself on its back, has lost its shine.” To set the record straight, not once has Singapore praised itself for how it’s managing the virus, and as for losing its “shine” I don’t think Singapore gives a rat’s ass what ungrateful foreign scumbags like PN Balji think. (Balji used to make a good living in Singapore working for The New Paper, which was a scandal sheet fit for use as toilet paper. Now he writes for a Hong Kong paper owned by a tycoon whose neural pathways seem to be clogged with anti-Singapore venom. Talk about biting the hand that feeds you.)

The number of COVID-19 cases will not abate unless people comply with government instructions. Essential services – markets, pharmacies, even hairdressers – are still allowed to operate (eateries can only offer takeaways or provide deliveries) but people are strongly encouraged to stay home. Extended family members living apart are discouraged from visiting – my grandkids cannot visit me and I cannot visit my 90-year-old dad, unless I bring him food or provide medical assistance, if he needs it.

Still, some retards are out in groups and ignoring social-distancing guidelines.

They risk being fined up to ten thousand bucks or jailed for six months, or both. The penalty for subsequent offenders is a fine of up to S$20,000/- or imprisonment of up to 12 months, or both.

And if the numbers don’t go down, a total lockdown is likely and that may last another month.

So those of you motherfuckers with a death wish who insist on finding excuses and loopholes to sneak out and party in groups, the choice is yours.

As for the legions and masses of Malaysians working here, their totally screwed-up country ruled by brainless cretins continues to expect Singapore to house them. Malaysia has just extended their Movement Control Order, in force since March 18th to April 28th. Some of the 415,000 Malaysians who commute to Singapore to work on a daily basis are stuck here. If they go home, they will be quarantined. Why are so many Malaysians working here? Well, do your Math: one Singapore dollar is more than three Malaysian ringgits. These guys used to come in the morning with their packed lunches and go home for dinner after work, spending nary a cent here. Need I say more?

But truth be told, many of these day travelers are hard-working men eking out a living here to support their families back home. Many of them have been denied their rightful opportunities due to their ethnicity. (Malaysia discriminates against non-Malays.) A handful of Malaysians who work here, however, are indeed liars, cons and douche bags; in other words, parasites. These are those who – on the surface – take up domicile here and get jobs as “Singapore-based” employees.

In the meantime, while the whole world is frantically trying to avoid more deaths, WHO’s Tedros Adhanom Ghebreyesus – he prefers to be known simply as “Tedros Adhanom” – has picked a fight with Taiwan, accusing the country of hurling racist epithets at him.

The fact of the matter is that Adhanom is an asshole of the highest order and he is probably in China’s pockets – let’s not forget that in 2017, China pushed for Adhanom when he was bidding for his current position of WHO’s director-general. Let’s also not forget that WHO has dropped Taiwan from its list of countries, considering it a non-entity, and praised China, completely ignoring the fact that China covered up the initial outbreak in December, fudged the numbers, tried to divert attention from the disaster and is now trumpeting its “success” in containing the virus. Nevermind that its offer of international assistance is often quite useless, considering that many of its masks and test kits were proven defective. Don’t take my word for it. Go online and fact-check your verified news. Let’s also not forget that whistle-blower doctors in Wuhan have died, and that some have disappeared.

Indeed, the world should take a closer look at Adhanom, China’s good friend, the first WHO director-general without a medical degree – his “Dr” is a PhD of some kind – and who was once a minister of health in Ethiopia, another basket case of a country. Adhanom was – and is probably still – also a member of Tigray People’s Liberation Front, considered a terrorist organization by many governments. Adhanom was health minister of Ethiopia during a cholera outbreak and pressured government employees not to disclose the severity of the outbreak. Yup, he’s an old hand at this game. Adhanom later even became foreign minister; that was when he deported journalists critical of him. I could go on, but why regurgitate what’s out in the public domain, plus you could Google to find out more about the misdeeds of Tedros Adhanom and why many people believe he should be put on trial for crimes against humanity.

So, well, this is the man who is now at the helm of WHO. And, it’s not about Adhanom-bashing or China-bashing; just stating facts, so don’t kill the messenger.

Reminder: it behooves us to remember that not everyone at the top of an organization is good.

In the meantime, I will continue to try eating healthy. In fact, I did manage to eat salad for lunch three times last week. I’m also making sure I have enough of the best coffee in the world and adequate vintage smokes, and many many good books, to survive this period comfortably. 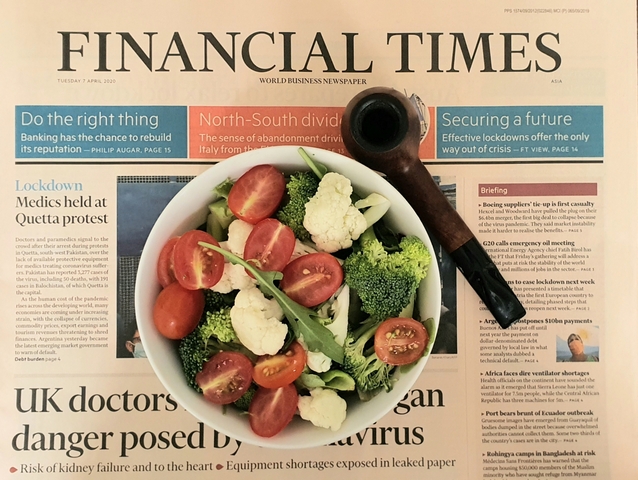 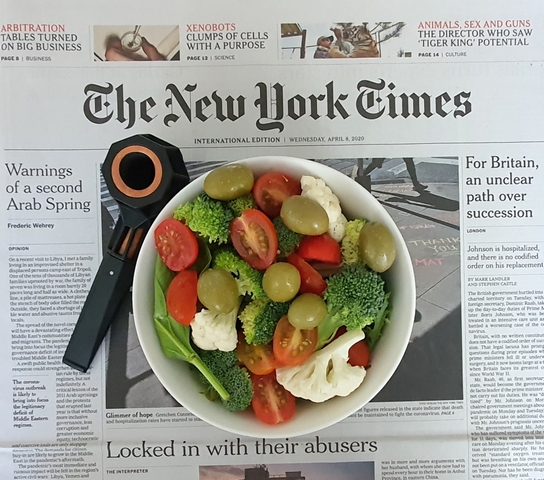 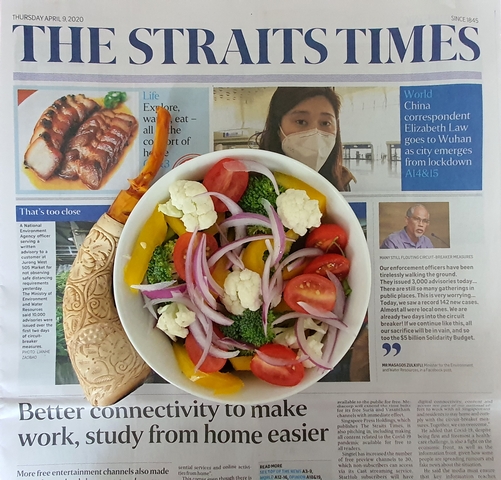 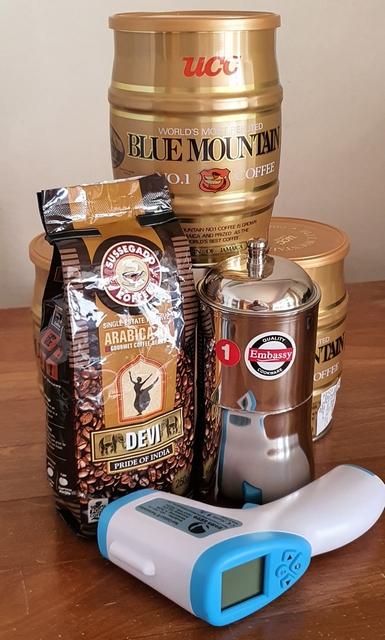 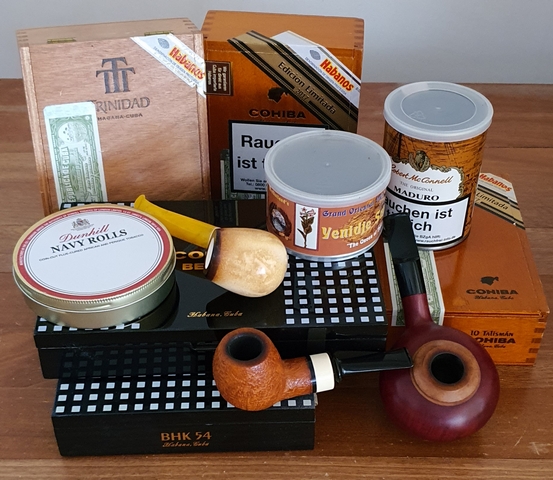 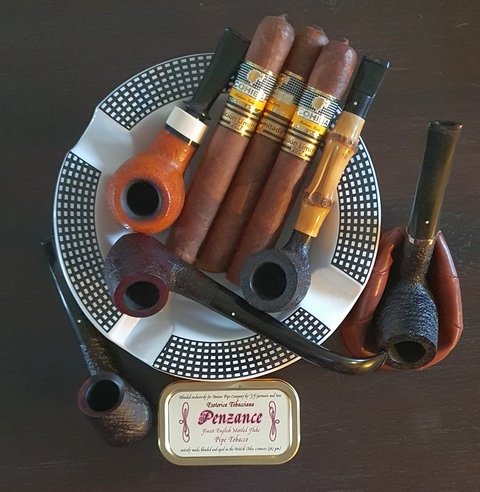 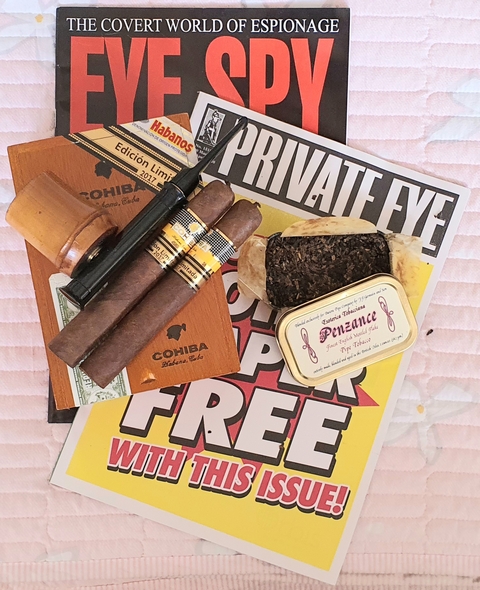 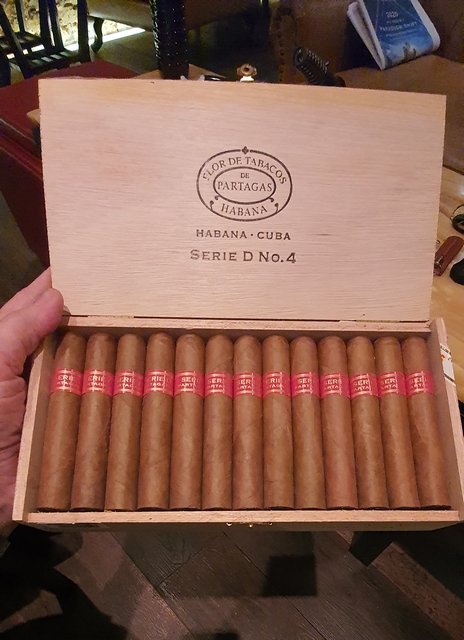 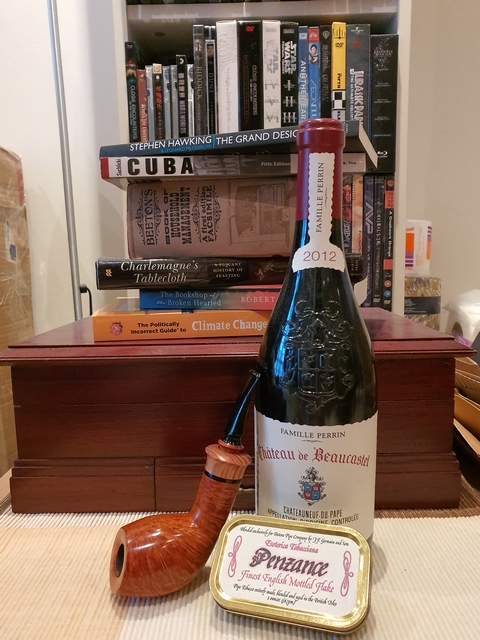