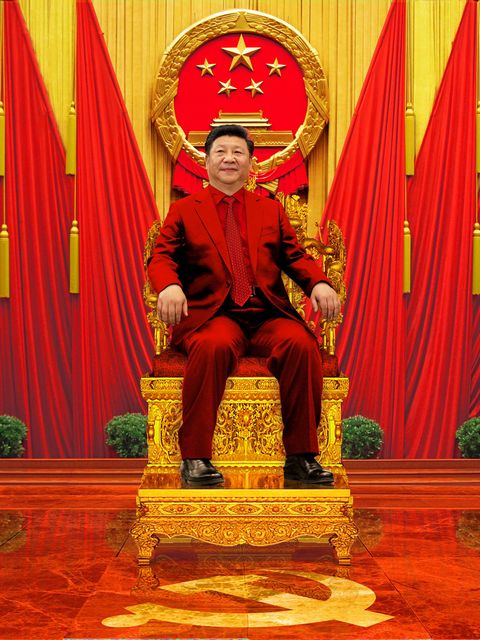 Every day all kinds of retards send me tons of shit about Donald Trump.

I think it’s high time people stop insulting the US president especially Singaporeans – or any non-American for that matter – who really have no business getting so heated up with US politics. Some people here rage against Trump until the veins in their necks bulge out dangerously and their faces turn red and they look like they’re going to get a myocardial infarction or an aneurysm.

What happened to our Confucian values of respect for authority?

The Americans may have voted a buffoon into the White House, but he’s America’s buffoon, not yours! Why the fuck are you so involved with all that bullshit regarding Trump? And those who argue that Trump won in the electoral college but not the popular votes etc, must then acknowledge that the American system is flawed. If so, then, let the Americans solve their own problems! If they prefer Hillary Clinton, then, vote that bitch in and make sure she wins both electoral college as well as popular votes. Stay focused, Singaporeans! Singaporeans should do something about the clowns we have as ministers (like Mr Sia Suay) and arrogant civil servants (comedians like that Shorty Yeo), etc, instead of getting so involved in criticizing the president of USA. Come on, grow some testicles and make a difference instead of being brainless keyboard warriors! Any idiot can join the trendiest bandwagon, open his big mouth and spew crap! Come on, go ahead and make my day! Start slandering and libeling and use the same words you use on Trump on our own president, prime minister and ministers, and on all our government leaders, if you have the balls!

Please note that I am not a Trump supporter. Hell, no. To be honest, I do find some of the memes forwarded to me rather funny but the world has more serious problems with way more disastrous and far-reaching consequences than any harm American politics can do to the rest of us. Do you know that Putin has changed the laws so that he can stay in power indefinitely, that Xi Jinping, thinking he is better than Mao, or at least on par with Mao – people are forced to study Xi Jinping thoughts ala Mao – has done the same thing, and effectively crowned himself emperor, that in Germany, the Neo-Nazis are mustering, that in Myanmar, the Rohingya people are victims of a genocidal pogrom to exterminate them, that while over 125,000 people worldwide have died from COVID-19, that fat retarded piece of walking lard in North Korea, Mr Chubby, a very poor excuse of a human being, has been firing missiles to compensate for his orchitis plus a non-existent dick, that in Pakistan, those complicit in Daniel Pearl’s beheading are about to go free, that in Malaysia, the most corrupt political party in the country’s history is now back in power, that smart-alecky millennials – bubble tea in one hand and avocado toast in the other – are now entering their peak earning years in the midst of an economic cataclysm more severe than any financial crisis the world has ever seen, almost guaranteeing that they will be the first generation in modern history to end up poorer than their parents, that our ministers (the highest-paid ministers in the world) – most of them “brilliant” scholars – have completely failed to be proactive with regards to the protection of over 200,000 migrant workers in their crowded dormitories, that their lack of ability to preempt, has contributed to the fact that these migrant workers in dormitories now account for a significant portion – about 40% – of all COVID-19 cases in Singapore, that morons and idiots are still finding ways and means to sneak out to gather and socialize with friends, that despite all the shit going on around us, the government is still thinking of holding elections?

Think of these things and create some awareness for these things instead of making fun of the US president. More importantly, do something about it – go volunteer to do grocery-shopping for the elderly, go donate money to charity if you are too morbidly-obese to move, go cook for the old people who are unwell and holed up in their homes, instead of posting pictures on social media bragging about the expensive wagyu you stuff your face with. Yes, do something useful indeed, instead of sitting on your putrid ass in the comfort of your own home, forwarding stupid memes about Trump.