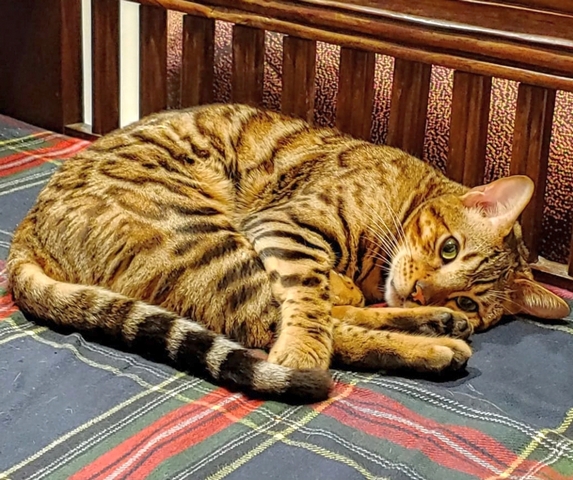 Am I half the cat I was before?

I think sometimes we pathologize too much – OCD, Empath, Narcissist, etc.

To me, a person is either a nice guy or an asshole, balls or no balls.

Someone with balls will talk to me and tell me his unhappiness with me in my face. Someone with no balls will go behind my back and call me a sick old man, etc.

When we adopted our Bengal, he was about six months old and we were advised to neuter him.

Male cat neutering, otherwise known as sterilization, “fixing”, desexing, castrating or by its correct veterinary name: orchiectomy (also termed gonadectomy), is the surgical removal of a male cat’s testicles for the multiple purposes of feline population control, medical health benefits, genetic-disease control and behavioral modification. Having your cat’s balls removed is considered to be a basic component of responsible cat ownership,

What’s truly amazing is that a neutered cat does not exhibit any unpleasant behavior that comes with sexual maturity such as being restless, and the tendency to spray his smelly urine all over the house.

But do note there are men who have their genitalia intact but still lack the guts to do the right thing.

It’s as simple as that.