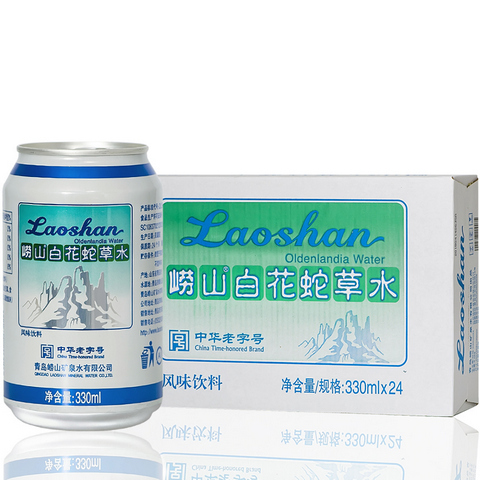 Coolness, in a can.

So, you’ve got to have your chilli with every meal like any other food-crazy Singaporean? Okay, if that’s the case, at least remember to drink some Laoshan Oldenlandia water. Many people believe that curry dishes or any food loaded with chilli and therefore considered spicy are deemed “heaty” and so they will drink this water with their meals to dispel the heat from their bodies. Too much heat can lead to fatigue, lethargy, headaches, fever and even nosebleeds, or so they say. Laoshan Oldenlandia water is therefore a very popular drink locally and traditionally, a pinch of salt is often added to it to make it even “cooler.”

What in the world is Laoshan Oldenlandia Water?

It is basically a tasteless carbonated mineral water from the springs in Laoshan, Qingdao. Qingdao was formerly spelt using the Wade–Giles system, as “Tsingtao.”  (“Laoshan” basically means “Lao Mountain.”) The springs were first discovered by a German in 1900. Scientific tests proved that the water contains several mineral compositions, such as magnesium, potassium and calcium, and other rare trace elements, which are supposed to be very good for human health. And ta da! a legend was born! Today, Laoshan mineral water is even referred to as the “Chinese Evian” that is, if you believe in the hyperbole that comes from a country that blatantly lies about the number of COVID-19 deaths.

Anyway, the spring water is infused with a herb called Oldenlandia diffusa and another herb known as “white flower snake-tongue grass” (Hedyotis diffusa) both believed to dispel heatiness as well as toxins, and all kinds of bad shit lurking in your body and more. Truth be told, the two herbs add nothing to the (zero) taste of the mineral water, which often makes me wonder if what’s in the can is just good old-fashioned tap water after all.

The drink is available in cans and in bottles as well. I drink it once in a while as I find it rather refreshing. Plus, it’s helluva lot cheaper than Evian, which is “Naïve” spelled backwards, in case you didn’t’ know. (There are versions made elsewhere, like in Malaysia. I can’t say for sure if the water used is from Laoshan springs in Qingdao though.)

To the Chinese, the idea of cooling the body after eating spicy food is basically to gain harmony and balance within. It’s a Yin Yang thing.

The cooling drink is Yin and the spicy food is Yang, and the Chinese believe that the best things in life lie at the confluence of the two. Indeed, the Chinese view almost everything in terms of Yin and Yang – various types of food is categorized as Yin (cooling) and Yang (heaty). Most seafood would be Yin and most red meat would be Yang. It’s hard to know for sure as I don’t think there is a published list anywhere. When in doubt, I ask people like my 90-year-old dad. Yup, the oldies have an instinctive knowledge about such things. When it comes to fruits, durians are Yang and mangosteens are Yin, so if you eat durians, always eat some mangosteens after that to counterbalance everything in order. (Sometimes I do wonder if it’s an excuse to stuff your face with more.)

Indeed, the concept of Yin and Yang is not just some mumbo jumbo from kung fu movies and the Yin Yang symbol is not just something clueless backpackers from the West tattoo on their bodies. The concept of Yin and Yang is actually at the heart of Chinese medicine. And to the Chinese, food is a form of medicine too, hence my justification to indulge. (By the way, beer is Yin. It will clear heat, promote blood circulation, stimulate the kidneys and clear dampness and phlegm in the body. Yayy!)

So, drinking Laoshan Oldenlandia water is simply a matter of balancing the body’s Yin and Yang. It’s a medicinal thing, a death-defying act, if you will. 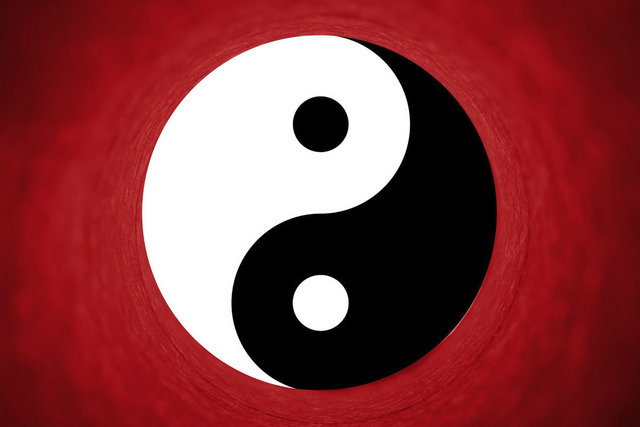 Tattooed on many a Western butt.

And if tasteless mineral water doesn’t appeal to you, the good news is that the world-famous Chinese beer, Tsingtao, is also made using the same spring water. The brewery was initially set up by the Germans as well. 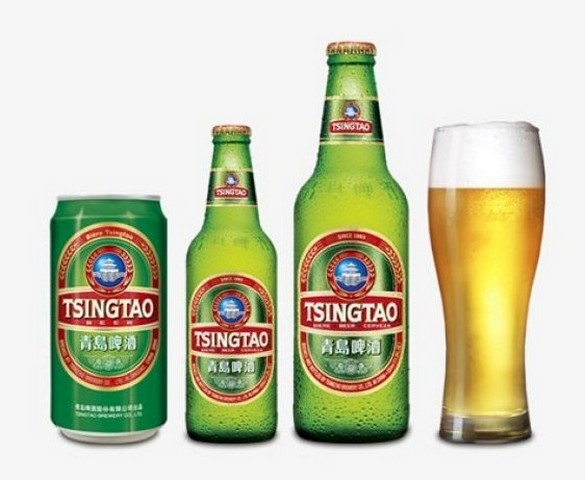 You may be wondering what on earth were the Germans hanging around in Qingdao for?

Well, like a number of other cities in eastern China, Qingdao fell under Western imperialism in the 19th century. While Hong Kong was occupied by Britain, Macao by Portugal and Shanghai by a horde of European countries plus the US, to cite just a few examples, similarly inspired, German troops seized and occupied Qingdao. In 1898, Germany under Kaiser Wilhelm II (German Emperor and King of Prussia, no less) forced China, then under the weak Qing Dynasty to grant a 99-year lease of the Kiautschou Bay or  “Jiaozhou” Bay, as the Chinese call it. Qingdao was then a picturesque but nondescript little fishing village in the area, but the Germans considered it strategically important and developed it extensively. Upon gaining control of the area, the Germans outfitted the village with wide streets, well-organized housing areas, government buildings, electrification throughout, a sewer system and a safe drinking water supply, a rarity in many parts of Asia at that time and later. It was administered by the German Imperial Department of the Navy (Reichsmarineamt) rather than the German Imperial Colonial Office (Reichskolonialamt). Germany based its Far East Squadron there, allowing its fleet to conduct operations throughout the Pacific.

The Germans didn’t get to occupy Qingdao for that long though. In November of 1914, just a few months after World War I broke out in Europe, they were expelled by another foreign invader, the inscrutable Japanese.

But despite the fact that the Germans had only 16 years of control over Qingdao, their legacy has proven to be long lasting, undisturbed by later political influences, be they the Japanese, the Kuomintang or even the communists.

Today, people visit Qingdao to enjoy the well-preserved European atmosphere and places like the former German government buildings and the former German governor’s opulent residence – Mao actually stayed there for a short while in 1958 – are well-preserved, restored to their former glory and are popular tourist attractions. Qingdao is also home to Haier Corporation a major Chinese electronics conglomerate. (In 2018, Haier Group generated a global turnover of RMB 266.1 billion.) The twist to this story happened in 2014 when Haier was accused by Germany of delivering smartphones and tablets with pre-installed malware. 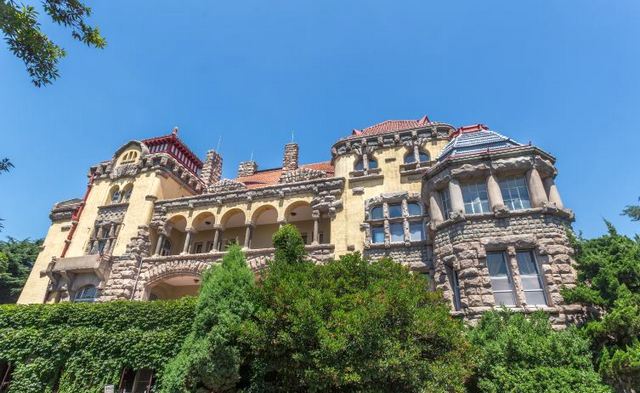 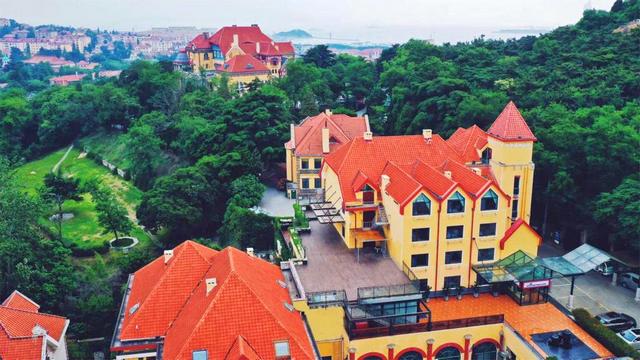