The Cockles of my Heart 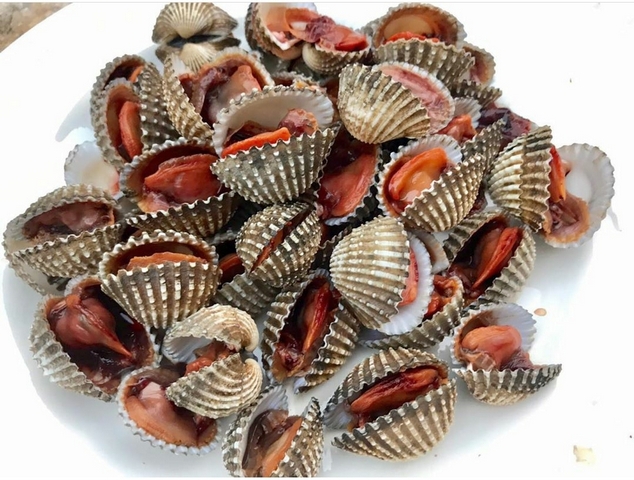 When I was a kid, I used to join my neighbors when they eat cockles. They loved these thumb-size shellfish and ate them almost every night by simply pouring boiled water over them – which caused their shells to open – and then eating them practically raw with a chilli dip. It was a delicious snack of sorts – a bite into one brings forth a burst of delightful, briny goodness, a little like oysters. Half the fun was opening the shells and digging out the plump, tasty morsel with a little fork or toothpick.

I grew up loving these cockles and I’m not alone.

To be correct, these bivalve mollusks are blood cockles, a species of ark clam, so named due to the red hemoglobin liquid inside its soft tissues.

They are a vital ingredient for two popular dishes: char kway teow and laksa: 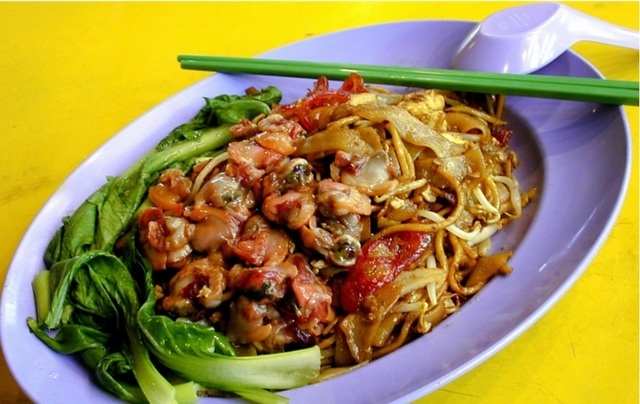 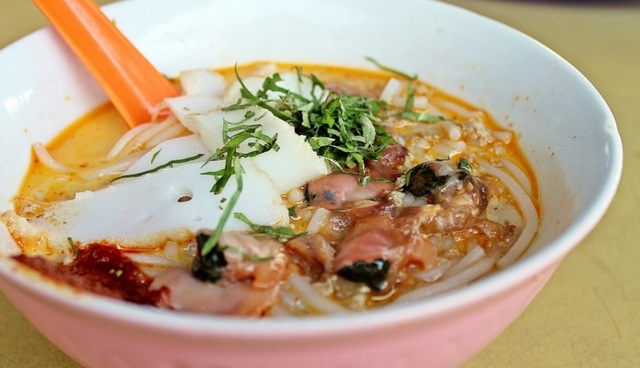 Blood cockles are also consumed in the west: New York chef David Pasternack serves them in his restaurants, and in the UK, they are boiled, then seasoned with malt vinegar and white pepper.

A meal of cockles fried with bacon, served with laverbread, is known as a traditional Welsh breakfast.

They are also pickled and sold in supermarkets: 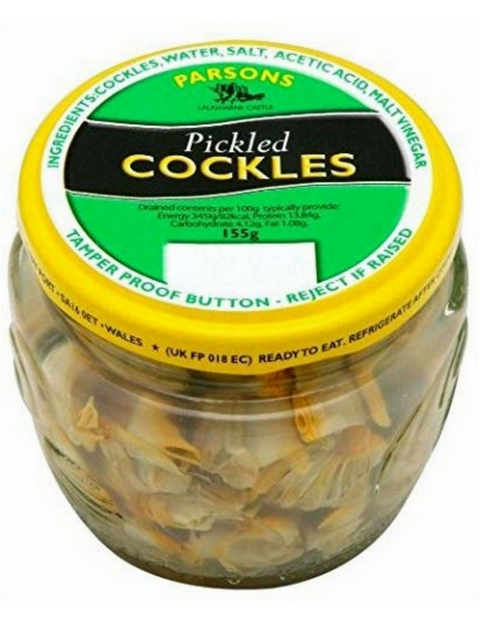 In 2004, at Morecambe Bay in North West England, at least 21 Chinese undocumented immigrant laborers were drowned by an incoming tide after picking cockles off the Lancashire coast. The Chinese had been imported unlawfully via containers into Liverpool, and were hired out through local criminal agents of international Chinese triads. They were to be paid £5 per 25 kg of cockles, money they never lived to see.

In Singapore, cockle sightings are rare too nowadays.

Most of those we consume are from Malaysia where the annual catch used to exceed 100,000 metric tons.

Pollution and overharvesting have resulted in the shortage. The size of the cockles has also shrunk.

But prices have gone up.

When I was a kid, my mum used to pay five Singapore cents for a catty (about 600gms) of cockles.

It’s a pity because other than being tasty, cockles have a high content of selenium, cancer-fighting antioxidant, iron and vitamin B12.

However, if harvested from contaminated sources, they can cause cholera, hepatitis A and dysenteric shellfish poisoning.

Also, the tiny little Pea crab (Pinnotheres sp.) is sometimes found living inside these bivalves. The crab not only gains domicile but also eats some of the food gathered by the host cockle. The cockle eventually dies. It tastes extremely unpleasant and putrid if you happen to bite into one.

However, strange as it may seem, my neighbor’s dad craved those and he would remind everyone that if a dead fetid smelling, stinky cockle shows up, it is “reserved” for him.

I hope with the pollution and all, that’s not what we’ll all have to end up eating in the future.