No, Not Yamasa Soy Sauce 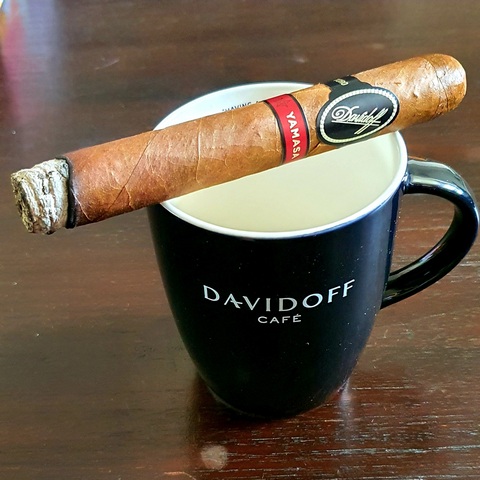 Davidoff – owned by Swiss company Oettinger since 1970 – used to engage Cuba to make the Davidoff brand of cigars.

But after numerous disputes over a variety of issues, (I suspect the Cubans were trying to gouge Oettinger), Davidoff and the Cubans decided to call it quits. In August 1989, founder Zino Davidoff, who remained the “poster boy” of the brand, publicly burned over one hundred thousand cigars that he had deemed of low quality and unfit to sell.

And years later, in 2016, to be exact, out of the Domincan Republic, came the Yamasa cigar.

The Yamasa is primarily a rural agricultural region in the Dominican Republic. Although sugar cane, plantains and mangoes grow there, tobacco plants seemed to struggle. However, after 20 years of trial and error, Davidoff found success and the Yamasa range of cigars were produced and introduced to the market.

To complement the unique flavors of the swampy Yamasa region, Davidoff used Dominican Piloto and Mejorado tobaccos and a couple of Nicaraguan tobaccos to make the Yamasa.

This is an expensive full-bodied cigar with incredible aroma of coffee and spice with an earthy tone in a wrapper that has an oily shine. Some fans can even detect hints of nuts, black pepper, cedar wood, espresso, toasted almond with creamy, sweet undertones.

I seldom smoke non-Cuban cigars, and many people think it’s not worth paying so much for the Yamasa since there are Cuban cigars that cost less, but expensive as the Yamasa may be, this is one non-Cuban cigar that has the rich, elegant flavor that I crave. The Yamasa is available in four sizes and my favorite is the toro – 6 inches (15.24 cm) by 52 ring gauge.

Zino Davidoff himself never got to smoke one, he croaked in 1994 at age 87.