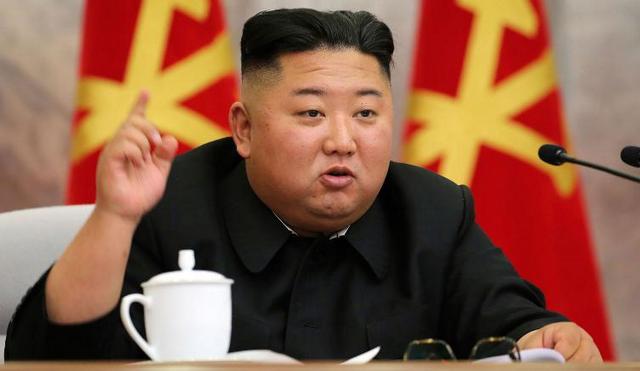 “The reports of my death are greatly exaggerated.”

When the word “spy” comes to mind, I always think of suave, debonair lady-killers like James Bond or Ethan Hunt – handsome hunks who are super-intelligent, and who can do anything and everything, from being able to speak 25 different languages to picking locks, to riding motorbikes up stairways, to paragliding, to skiing at hyperspeed on hazardous slopes set against snow-capped mountains, to flying planes, to being submerged underwater for an infinite period of time, blah, blah, blah, you get the idea.

And in real life, I always believe Mossad’s tradecraft and covert intelligence is second to none – they have ferreted out ex-Nazis and quite a few of Hitler’s henchmen who have disguised and hidden themselves all over the world – they seemed to like Argentina or Brazil – and brought them to justice. Mossad also tracked down and killed those responsible for the massacre of Israeli athletes at the 1972 Summer Olympics in Munich.

Yup, don’t fuck with the Jews!

The best spies in the world are those you never hear of. They never get caught.

Anyway, no country has spies, all countries, however, have “intelligence officers.”

And the worst of the lot, must be those who provide “intelligence” on Kim Jong-un.

When Chubby failed to attend a April 15th event commemorating the birth anniversary of his late grandfather and national founder Kim Il Sung, the world went bonkers, after hearing about the “intelligence” provided by spooks, moles and informers.

Some of these retards providing so-called “inside information” on North Korea can be said to have committed some ludicrous acts of staggering stupidity.

Their mindless speculation led to all kinds of crap being spewed by world-class morons like Thae Yong-ho, former deputy ambassador to Britain and a defector to South Korea who got himself elected to the South Korean parliament recently.

He was almost positive that Chubby was dead. Oh, correction: actually, it was a heart-surgery gone awry. No, actually, his surgeons were so nervous they severed an artery, so the fat pig bled to death. Chinese emperor Xi Jinping rushed a team of surgeons to North Korea, but alas, it was too late.

The other prominent defector elected to the South Korean parliament, Ji Seong-ho, was 99% certain that Chubby had died after cardiovascular surgery and an official announcement would come “soon.”

What that was, was abject failure of “intelligence” on full display. The prodigious bullshitting of these defectors reached unprecedented heights. What they said was beyond stupid, to be honest.

A well-regarded defector website, Daily NK, which is funded by a US think tank, echoed their views.

The rumors kept growing and the echo chamber grew louder.

In none of this was there any actual evidence: there were some very “insightful” analyses of train movements and activity around the resort of Wonsan that seemed to weigh on the side that Chubby might not have expired – yet.

Then, on May 2nd, some photos were released by North Korea, showing a healthy and happy-looking Chubby at a fertilizer factory.

Speculation and “analysis” went on over-drive.

It was Chubby’s first public appearance in almost three weeks and all the spies and “analysts” were cracking their heads over the photos and making wild guesses. They noticed that he didn’t lose weight and probably just had a haircut. What insight!

His entourage, they noticed, included his younger sister Yo Jong, who was among those standing closest to him, an indication of her “elevation” in the North Korean power hierarchy. She appeared to be wearing makeup and a hair band for the first time – both new additions according to Jeongmin Kim, a correspondent with the Seoul-based NK News website. The change in appearance could suggest “she was aware of her new, higher profile.” Fucking ridiculous conclusion, if you ask me. Maybe I should wear makeup and a hair band too.

At least one member of Chubby’s entourage could be seen wearing a face mask, “keeping alive speculation that COVID-19 is still concern in North Korea.” Sure.

A green golf cart pictured behind Chubby also caught every one’s attention. It’s similar to one seen when Chubby returned from an almost six-week absence in October 2014, walking with a cane and facing gossip that he was battling gout.

Someone with Chubby was seen holding a slender white stick. Oh dear, did Chubby go blind or was that a walking stick of some kind? Nope, other photos that appeared later showed that the stick was actually a pointer used for presentations.

Any idiot can make those guesses. I can easily do the same, sitting at home, reading the news.

It behooves South Korea to keep an eye on those defectors.

Then, on May 24th, Chubby showed up again, this time at a military meeting he presided.

Very much alive and kicking.

I visited North Korea in 2011 and one visit does not make me an expert on the country.  I believe – though I am no “intelligence officer” – that there is a very simple explanation for Chubby’s vanishing act: our dear Chubby was merely staying safe and relaxing in isolation and didn’t want to be out and about in public being seen wearing a mask for it would damage his image and people’s perception of him as divine.

Can you image Smiling Buddha walking around with a mask?

I mean, Chubby is almost divine and God-like. He could even catch bullets with his teeth, he ain’t gonna let some goddamned virus bring him to his knees, right? Despite that, best to play safe but he’ll look like a clown wearing a mask, so he stayed away.

Conclusion: the espionage business – a bullshit business, anyway – has more boneheads than brains. Those supplying information on North Korea are worse than Maxwell Smart, Austin Powers and Johnny English combined.