Yanked from their Plinths 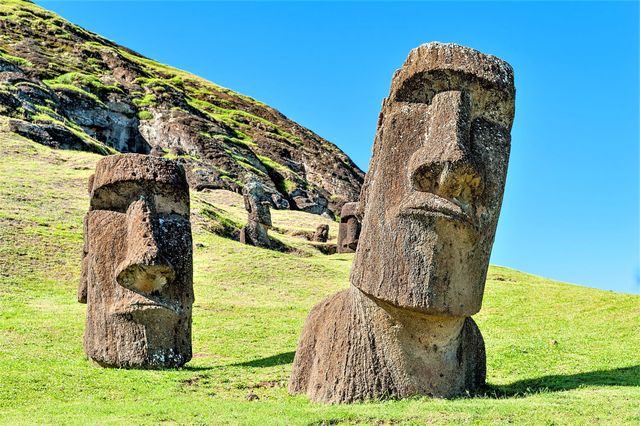 Indro Montanelli, who died in 2001 at the age of 92, was a famous Italian journalist. He bought a 12-year-old Eritrean girl and turned her into his sex slave after he volunteered for Fascist leader Benito Mussolini’s colonial invasion of Ethiopia in 1935.

Edward Colston endowed charities that have lifted innumerable impoverished Bristolians out of poverty. He acquired his wealth through the Royal African Company, which shipped slaves from Africa to the West Indies.

Oliver Cromwell, known for the massacre at Drogheda in 1649, caused terrible suffering in Ireland.

Throughout his life, Winston Churchill made numerous explicit statements on race and his views on race contributed to his decisions and actions in British politics. He called Mahatma Gandhi a “half-naked fakir.”

Gandhi the “Mahatma” (a South Asian term meaning a revered person regarded with love and respect; a holy person or sage) liked to sleep in the nude with naked underaged girls. He described black Africans  as “savage,” “raw” and living a life of “indolence and nakedness,” and he campaigned relentlessly to prove to the British rulers that the Indian community in South Africa was superior to native black Africans.

Cecil Rhodes drove many indigenous people off their land. He was an imperialist and supremacist whose views contributed heavily to apartheid. Rhodesia – now Zimbabwe – was named after him.

Stepan Bandera, Ukrainian radical politician, participated in The Holocaust of Ukraine, in which more than a million Jews died.

The reign of Belgium’s Leopold II in Congo saw the rape, mutilation and genocide of 10 to 15 million Africans. The idea that one group of people whose color of their skin gives them the right to slaughter others was an idea considered acceptable in many places for a long time. There are some three to four hundred of his statues around.

In New Zealand, the statue of John Hamilton, British naval officer, “was a stark reminder of the devastating actions of the colonial powers in the 1800s that resulted not just in the confiscation of our land, but the impact that it had on us as a people, which has flowed through to today,” said Rukumoana Schaafhausen, chair of The Waikato-Tainui iwi.

In the US, Christopher Columbus is being accused of abusive treatment of indigenous people and blamed for the violent colonization at their expense.

George Washington, a Founding Father of the United States, was a slaveowner.

In America, the Southern Poverty Law Center estimates there are still 1,747 Confederate symbols standing as of 2019.

All the statues related to those names above have either been vandalized or forcibly wrenched off their pedestals by angry mobs. A few were quietly taken down by the authorities.

Even Abraham Lincoln, the man who abolished slavery, was not spared. There is a statue of him with a freed slave and some wanted that destroyed.

The statue of another US president, Theodore Roosevelt, will also be removed because it depicts him with a native American and an African.

Meantime, a couple of companies have announced that they would recruit more black and Asian employees to make amends for their participation in the salve trade during the 18th and 19th centuries.

Darkie Toothpaste has changed its name to Darlie Toothpaste – although the Chinese name “Black Man Toothpaste” remains unchanged – and Quaker Oats declared that the origins of the “Aunt Jemima” brand were based on racial stereotypes and will drop the name and change the packaging. The ice cream brand “Eskimo Pie” is changing its name to support racial equality. The “Uncle Ben’s” brand promised to “evolve.”

Even the US state of Rhode Island is trying to change its name due to its connections to slavery.

A chart-topping US pop group has changed its name because it sounded like a reference to the antebellum South. Another group, “Dixie Chicks” felt compelled to change its name too.

“Discriminatory” TV shows and “copaganda” ones were pulled or may be taken off, and the movie Gone with the Wind is at risk of being destroyed, and will be gone forever, because it is thought to be racist.

I seriously wonder if any of that is helping anything.

Personally, my very uneducated view is that if a historical person was outright and clearly an egregious abuser of minorities or indigenous people, launching pogroms to massacre and exterminate them, with the intent to wipe them off the surface of the earth, then honoring them with statues and monuments is definitely a straightforward no-no. No argument there.

Others, while though not saintly in their regard and treatment of the original dwellers of territories might also be people who contributed to the betterment of society. Everyone has a dark side, right? More serious thoughts should be given to what to do with their statues. Of course, it depends a lot on whose side you think history is on. Everyone claims history is on their side, which is impossible as history is never settled and it is never objective. Missionaries in China of yore forced conversions because they claimed they wanted the Chinese to be “saved” and to go to heaven. Many Chinese, on the other hand packed the churches because they could receive free grocery. Later, many historians referred to these poverty-stricken peasants as “rice Christians.” The missionaries didn’t think they had done anything wrong: they had their KPIs met, the impoverished masses thought they did the right thing: they got their tummies filled and their starving families fed. Everyone was happy. Who was right and who was wrong? Whose side is history on?

What’s right or wrong at any given time is determined by popular consensus, which changes, often radically, over time. I believe that some historical characters now seen as wrongdoers did not consider themselves as such, but felt they were doing what was best for their countries or companies or themselves, even for others, at that point in time.

History can, and is, being constantly manipulated to suit a particular narrative. Tearing down statues, or erecting statues is just manipulation of history.

So, what’s the answer?

Perhaps if the existence of certain statues causes so much discomfort to people, then maybe have, at the foot of each of these statues, a plaque describing in full the lives of the statued, in a transparent, uncensored manner, warts and all, and let people judge for themselves.

Alternatively house those statues in museums.

Or how about just leaving statues where they are, unmolested.

Erasing the past is an act of historical denial. Let things stay put, leave them where they are as a reminder of how shitty things were! Educate children and adults about the history of their countries.

Indonesia and Malaysia have renamed roads originally named after their colonial masters to names reflecting local luminaries. But that of course, does not erase their colonial past.

I suspect Singapore have anticipated this and has taken some appropriate actions. I’m not saying what our government has done is right but it is a workable compromise, I think.

Stamford Raffles, founder of Singapore was no angel, it is rumored that he even had a Chinese mistress.

Personally, I don’t see why we should go overboard to honor Raffles – come on, the Brits robbed us blind – but not removing him from public eye, is, I feel, not due to nostalgia for the empire or our inability to deal with past historical wrongs. Instead, it suggests our country’s ability to be magnanimous and to look at history and recast it for today’s generations and for our grandchildren and those who come after them. It’s part of our history and heritage that there was a person named Raffles way back then.

I’m not saying we Singaporeans have the answers but the fact of the matter is that we don’t have the kind of troubles seen in other countries, though I admit, we do have a troll who recently called for the removal of Raffles’ statue; but this is from a retard whose credibility has always been in question and whose maturity, or lack of it, is never in question. From 1962 to 1964, the law school at the National University of Singapore had an African American dean. He was Prof Harry Groves. (This, to me, is colorblindness; the good kind, which we demonstrated back in the early 60’s when Americans of different skin pigmentation were still afraid to drink from the same water fountain!) In contrast to Singapore, no major American law school has ever appointed a black man as its dean until this year. The Marshall-Wythe School of Law at the College of William & Mary, based in Williamsburg, Virginia, is home to the oldest law school in the US. Its first African American dean, Prof A Benjamin Spencer will begin his term next week, on July 1st.

It may not work for other countries, but we in Singapore zealously preserve our multi-ethnic and multi-religious heritage through laws that explicitly ban discrimination and prescribe penalties for hate speech and acts that sow communal discord. Additionally, affordable housing and minority quotas ensure that well-integrated communities, not racial enclaves, are formed.

At times like this, cooler heads should prevail. We must be wary of troublemakers who cause more mayhem than good. Acts of vandalism is like burning your house down just because you detest your landlord.