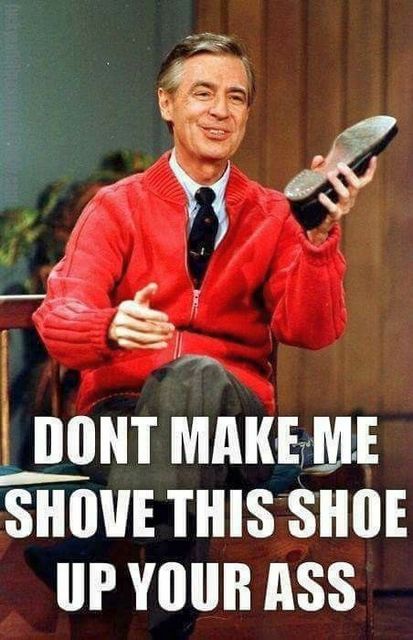 This kingdom die father good, got all kinds of clowns provide entertainment, no need pay money one, can see theater, political or otherwise. Best for those living under Dickensian circumstances. Better than Netflix.

Rare times, to witness so much said about so little. Disproportionate reaction to so noble a gesture. Shallow comments by feeble, overly-imaginative minds insult one’s intellect. Moreover, obsequious virtue signaling on behalf of a dead man smacks of ass-kissing of the extreme kind.

Fishy as hell too. Trying to insinuate what?! Got balls, say it out loud leh. Don’t hint hint here, hint hint there lah, cheebye! Yes, spit it out lah. We all not mind readers you know.

Shakespeare got say before: “full of sound and fury, signifying nothing.” Same same here. Must make so much noise meh? Must dig the knife in so deep meh?

I gave till it hurt.

But some people money no end, yet give like throwing bones to dogs.

No wonder keep quiet lah. Too shy to talk right?

You got give till it hurts not?

If not, then don’t cry father cry mother, okay.

Want to compare don’t compare apple to durian can or not? Compare Spit Phlegm Singh to Tua Pek Kong? Not fair, right?

For now compare Tua Pek Kong to say, that orange fuckwit in the White House can already lor. Trump’s salary is only one US dollar a year. You know not? Your salary how many millions?

You suka suka pay yourselves so much, ownself check ownself is it? Everyone say you lost your morals and moral authority already, you know or not? I also say.

“It is hard to be finite upon an infinite subject, and all subjects are infinite.” – Herman Melville

“Semmelweis Reflex: Mob behavior found among primates and larval hominids on undeveloped planets, in which a discovery of important scientific fact is punished.” – Timothy Leary