Fame is a Double-edged Sword

You can’t get any more Asian than this! Photo shows (back row, from left) Kamala Harris, her grandmother Rajam Gopalan, grandfather PV Gopalan and sister Maya. Seated in front of them are her sister’s daughter Meena (in red) and her cousin Sharada Balachandran Orihuela.

They were dancing in the streets of Chennai, India, because 8,000 miles (13,000km) away, someone they claim to be their own may one day become the vice president of the United States.

Kamala Harris’ mum hails from India (her dad is Jamaican); great pedigree indeed, as mum is a breast cancer scientist and dad is a professor of economics. But media in the US overwhelmingly refers to her as the first “African-American” woman candidate. Isn’t it more correct to acknowledge that she is the first Asian candidate? Black lives matter more?

People like to associate with those who are famous, no matter how thin the thread is that associates them. I have friends in Indonesia who have never met Barack Obama in their lives but claim that they are friends of Obama simply because they came from the same area in which Obama spent a few of his childhood years, when his mother married an Indonesian. Such fame by association is not uncommon. Yeah, Lee Kuan Yew was my good friend because we come from the same country. How many people claim to be “friends” of Jim Rogers because they think he’s a savvy investor and because he now lives in Singapore? How many claim to be fans of Haodilao hotpot because the owner is now Singapore’s richest man? Nevermind the fact that he’s actually from China.

Conversely, screw things up, and people will suddenly not know you.

Last week, after Dee Kosh, a local radio deejay and YouTuber was accused by several teenage boys of sexual harassment, sponsors dropped him like a hot potato and he became a nobody overnight.

There is also guilt by association, you know. Once scandalous news get out, “friends” disappear into thin air instantaneously.

Point: be your own person, the fame of others may not rub off on you anyway, plus, you may be hanging onto the wrong coattail, and worse if you use Photoshop to deceive others into believing that you are associated with someone famous.

The thing is, some people only have money, but very little else. Money can’t buy everything. Money most certainly can’t buy class. It can buy you shitloads of Behikes but it can’t buy you everything.

Take two cousins from Singapore named Nelson Loh and Terence Loh. They own a company said to be “close to buying English soccer club Newscastle United.” They claimed that their company, based in France, is the “world’s fastest growing conglomerate.”

However, no company bearing their company’s supposed name is registered in France, according to official records checked by Reuters.

Confronted by Reuters, someone purportedly speaking on behalf of the two fuckheads also admitted to the fact that they have Photoshopped themselves into photographs with Obama. However, he was quick to declare almost in the same breath that there was “nothing malicious” behind those doctored photos. Oh wow, thank you very much, kind sir. I may be born at night, but not last night.

Even the stupidest idiots know there’s a difference between bumping into Obama at a public function, unlikely though that may be, versus actually knowing Obama as a personal friend and having an intimate “eyes-only” confidential meeting with him in your own office during which he gives you advice – like a mentor – on how to run your business, something the two cousins claimed.

Farcical beyond belief. These retards actually think the public would be taken in by such childish antics.

The late Luo Haocai of China was one of their uncles. Luo (Hanyu Pinyin for “Loh”), who was born in Singapore and was later deported to China by the British, was the former vice president of Peking University, vice president of the Supreme People’s Court and vice chairman of the 9th and 10th National Committee of The Chinese People’s Political Consultative Conference. Yes, big kahuna indeed. He must be turning in his grave now.

The deepest depths of hell are reserved for the wealthy who despite their wealth, have chosen to deliberately scam people. I mean, how greedy can you get, right? And how much limelight do you need? Didn’t your parents pay you any attention when you were kids?

Oh, one more thing: the Loh cousins also claimed to have studied at Cambridge and Harvard, that their partner – a China woman (photo below) who probably hasn’t wash her hands since shaking hands with Obama at a social event – has sold online, yes, online, a diamond worth over US$102 million and that they have over 10,000 private jets, a “world record number of private jets for a single entity.”

Poor Singapore Airlines, in comparison, has only 138 aircraft in its fleet, while American Airlines, the largest commercial airline in the world, has only 874 registered aircraft.

It staggers the imagination how some morons think that people will believe their ludicrous and audacious lies.

Fame is a double-edged sword.

The Loh cousins are now in damage control mode. This they do by blaming others and making even more preposterous claims about their “success. That’s the usual trick of transgressors caught with their pants down: deny, deflect, blame some scapegoats, distract, and return under a new guise.

Just do a search on The Straits Times website for more on these two laughable bullshitters.

They say a picture is worth a thousand words; here are four for your kind perusal: 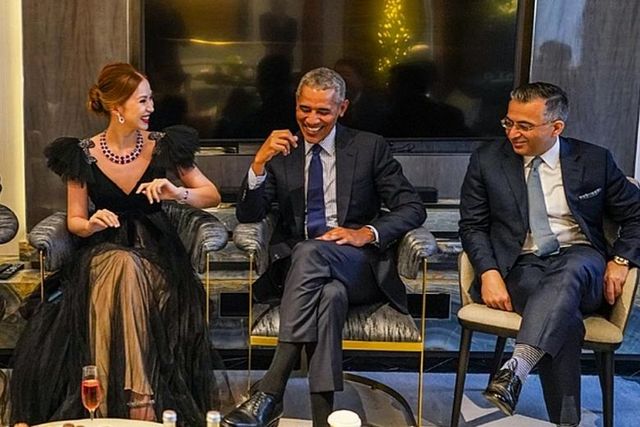 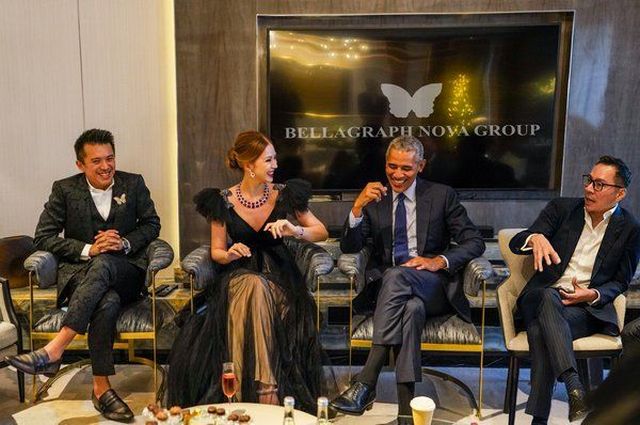 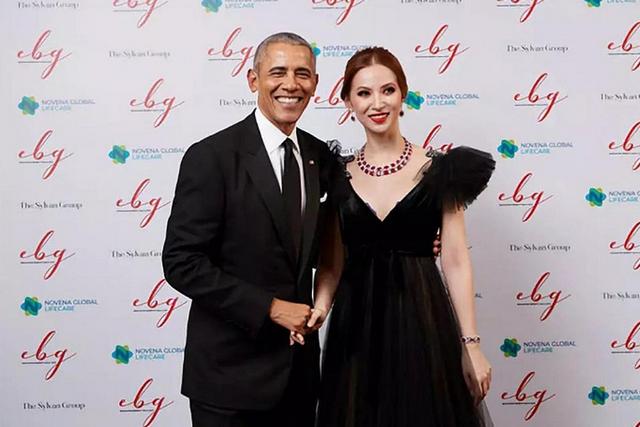 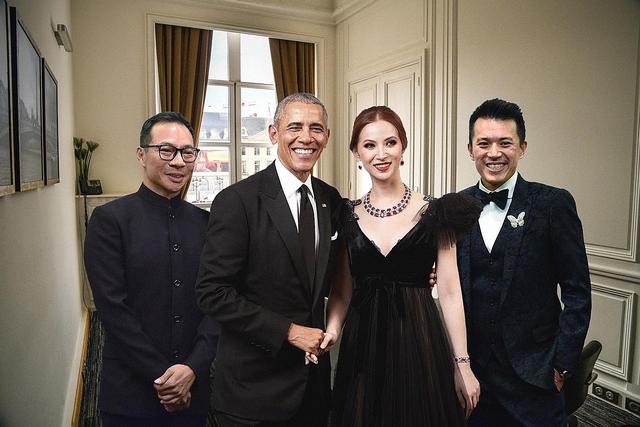