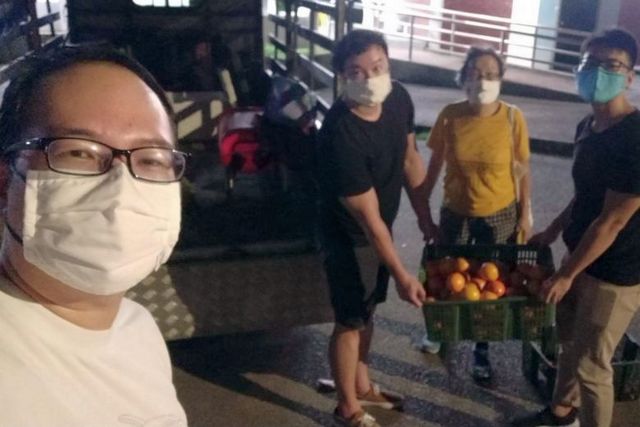 All juiced up – the real hungry ghosts.

A group of people who called themselves Freegans (from the words “free” and “vegans”) have been going around collecting and consuming fruit offered for worship.

They had a bountiful harvest during the Hungry Ghost Month which ended last week.

To ensure he was not offending the spirits – or the living – the founder of the group said he consulted a Taoist master, who advised him to collect offerings (usually left by the roadside) only after the candles and joss sticks have stopped burning, and to utter a word of thanks and bow as a sign of respect.

The group also went out after midnight to avoid questions from or misunderstandings with passers-by.

“My family and I have been eating oranges,” he bragged. “When we get tired of eating them, we will juice them.”

He said with a chuckle: “I am still hoping that someone will leave durians as prayer offerings.”

So who are the hungry ghosts?

Not those you can’t see!

You can get a half-baked or even fully-baked priest of any stripe to say that it’s okay to stuff your face with fruit being offered to hungry ghosts but me thinks, as a sign of respect, you should leave the offerings alone.

What next? Raiding temples and churches for the really good shit?

I’m sure you can easily find a bunch of clergymen – or women – who’ll tell you it’s okay to do so.

After all, most of these parasitic freeloaders have been eating for free since God knows when.

Fully inspired, will the Freetishes (from the words “free” and “fetish”) go nuts stealing panties from clotheslines next?