The Retards Doth Complain Too Much, Methinks 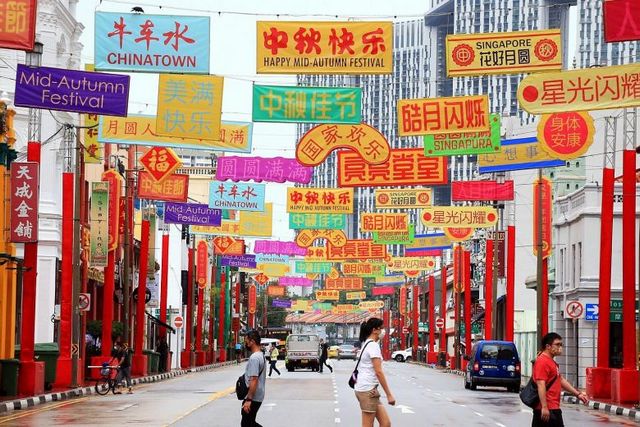 Chinatown is decked up to light up like Hong Kong, in commemoration of the Mid-autumn Festival which will occur on October 1st.

Some auspicious wordings on those banners had to be changed after complaints from some members of the public.

Among the wordings being objected to was the phrase “joy for nation.”

Another was “bright and majestic.”

Those complaining were offended by the “wrong” use of auspicious phrases.

The Straits Times said that “both phrases are not commonly used to celebrate the Mid-autumn Festival, which is a time for family reunions.”

In any case, isn’t it always, always, and not only during specific times, when we should wish our nation joy and pray that it will always be bright and majestic?

By the way, this is not the first time the decorations for the Festival’s light-up have sparked controversy. Last year, organizers had to repaint a two-storey lantern with a picture of the fairy Chang’e (a mythical figure associated with the Festival) following complaints that her facial features looked too masculine.

Aren’t there more important matters than this?

A million lives have been lost to COVID-19, and the world economy has tanked and members of the offencerati quibble about phrases used for a festival and that Chang’e looked like a man?