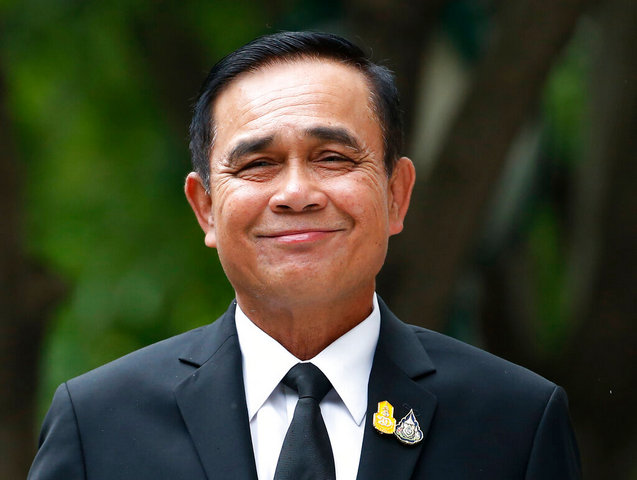 Yes, I am aware that a negative review can be more trouble than it’s worth.

In Thailand, I could be jailed.

For the clueless, Thailand is a fucked-up kingdom in South-east Asia full of nice, gentle people. It had a king who ran a very successful brain-washing/PR exercise on his own subjects during his 70-over year reign and whose son, the present monarch, is a playboy and a degenerate who lives in Germany most of the time and who has, since ascending to the throne, changed the constitution to empower himself into controlling the entire wealth of the monarchy (about US$30 billion), the right to command his own private army and basically anything and everything to enable himself to continue indulging in his mischievous ways and his debauchery. (There’s that infamous video online of him and one of his wives – completely naked, except for a G-string – celebrating their dog’s birthday.) Thailand’s current prime minister is a fuck-face clown from the army who came into power by staging a coup to depose his democratically-elected predecessor.

Ever since the move from absolute to constitutional monarchy in 1932, Thailand has had at least 20 changes to its constitution, or on an average of once every four years. With the latest king, the monarchy is as absolute as ever, especially with the current retard of a prime minister kissing the king’s ass 24/7. Now, if you tell me that’s not fucked-up, then you have a problem.

A recent visit to The Sea View Resort on Koh Chang island in Trat province of Thailand landed him with all kinds of problems after he posted an unflattering review on Tripadvisor.

According to the Tripadvisor review Barnes posted in July, he encountered “unfriendly staff” who “act like they don’t want anyone here.”

The hotel sued for defamation!

“We chose to file a complaint to serve as a deterrent, as we understood he may continue to write negative reviews week after week for the foreseeable future,” the hotel said.

Defamation laws in Thailand have long been seen as problematic, as they are frequently used by businesses and powerful people to intimidate critics.

The maximum sentence under the law is two years in prison, along with a 200,000-baht fine.

One example of how the influential can misuse the Thai defamation laws involves the Lop Buri poultry farm Thammakaset Co Ltd. A complaint filed in 2016 with the National Human Rights Commission alleged that migrant workers at the farm were forced to work up to 20 hours a day, were paid less than the minimum wage and had their identity documents confiscated.

The Department of Labor Protection and Welfare in August 2016 ordered Thammakaset to pay the workers 1.7 million baht in compensation and damages.

The retribution has been swift and incessant. Thammakaset over the past four years has filed 39 criminal and civil complaints against 22 individuals including migrant workers, journalists, human rights defenders and a media company.

In December 2019, a court in Lop Buri sentenced Suchanee Cloitre, then working for Voice TV, to two years in prison for criminal libel for a comment she tweeted about the grievances against the company.

Her conviction stemmed from her use of the words “slave labor” in a report on the compensation order.

Of course, there is another scary law in Thailand often used by people to fix their enemies: the lese-majeste law. It metes out extremely harsh punishment if you are found guilty of insulting the monarchy. Clicking “like” on a Facebook post deemed to be insulting to the royal family can get you jailed.

I’ve always been suspicious of Tripadvisor anyway. There is something not kosher about it. In 2014, the company was slapped with a US$600,000/- fine in Italy for fake reviews.

And in September 2018, a high-profile investigation by The Times of London found that one in three (33%) of TripAdvisor reviews are fake.

Lance Longwell, who has visited all 50 of the United States as well as 70 countries on five continents, and who is the co-founder of Travel Addicts, wrote in June this year:

“And one hotel in Munich, Germany went so far as to set up a computer terminal right at the front desk where if you completed the review under the watchful eye of management, you’d receive a 5% discount.”