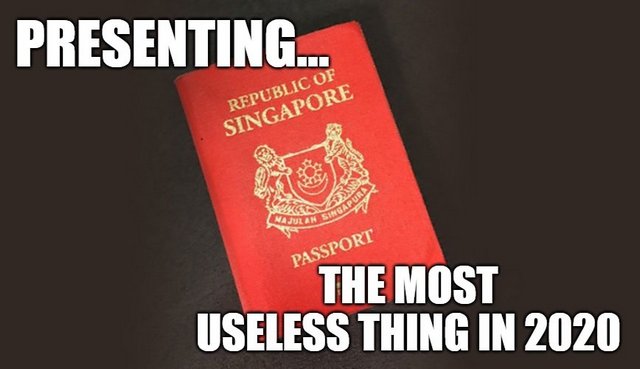 In February 1957, a new influenza A (H2N2) virus emerged in East Asia, triggering a pandemic (“Asian Flu”). This H2N2 virus was comprised of three different genes from an H2N2 virus that originated from an avian influenza A virus, including the H2 hemagglutinin and the N2 neuraminidase genes. It was first reported in Singapore in February 1957, Hong Kong in April 1957, and in coastal cities in the United States in summer 1957. The estimated number of deaths was 1.1 million worldwide and 116,000 in the United States. – from Centers for Disease Control and Prevention

February 1957 was the month and year in which I was born.

Never in my wildest dreams did I imagine I’d experience another pandemic in my lifetime.

On Sunday, the papers reported that some restaurants have been fully booked all the way till March next year. Highlighted was one eatery where minimum spend is 500 bucks per person. That place is fully booked! 500 bucks to eat raw fish? Other places where people go to stuff their faces with foie gras and other expensive and exquisite food are also all booked up.

Yup, with too much money and nowhere to travel to, revenge spending is in vogue and vulnerable Singaporeans are sucking it up. Like lemmings, they follow food trends. Everyone seems to be eating the same expensive food these days. No one wants to be left out.

Has anyone given a thought to those who eat instant noodles for dinner?

Does anyone know what happens to lemmings?