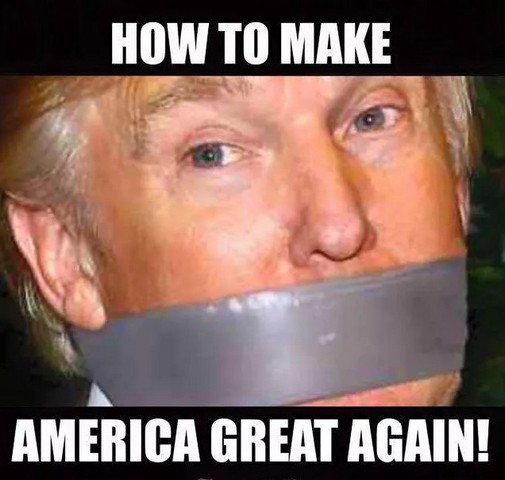 I’m not a rich man – I live in public housing, remember? – but I will not have the local, cowering newspapers dictate to me, a news junkie, and voracious reader, what to read, so I spend heaps and heaps of money consuming news and information from outside Singapore.

I subscribe to both the hard and soft copies of several newspapers and they are pricey:

I also read for free those newspapers without a paywall.

Unlike newspapers, magazine subscriptions are, fortunately, discounted, if you pay in advance.

Then there see the private newsletters, they cost a bomb.

I’m hoping that with the US election being over, the good money I pay will buy me some good, quality stuff; information I can use in my work, and not the usual bitching and moaning about Trump. Not only do I find it grating but I feel cheated of my money. I pay for news, not for self-righteous journalists who have been – for the last several years – making a living by raging about how fucked-up Trump was and dumping their angst on readers. There is no doubt that Trump’s character is in question. When I last counted, he has so far survived one impeachment, two divorces, six bankruptcies, twenty-six accusations of sexual misconduct, and an estimated four thousand lawsuits. Moreover, he is crass, boorish, in-your-face, crude and comical. He tarnishes the dignity of the office of the president of the United States. But to be fair, as president, he has indeed accomplish some achievements no other US president before him has managed to come close. Trump’s undoing is that he is his own worst enemy. I mean, there were times when my excruciating back pain and personal struggles cause me to blurt out unkind words, but when I came to my senses I would say “Oh shit! What a prick I was!” And I always apologize and offer an olive branch to those I have pissed off; it may take a while, but I never shirk away from saying “sorry” and offering to make up for being a dick. (I never consider it beneath my dignity to say “sorry” because come on, when you are wrong, you are wrong so own up to it and ask for forgiveness! Of course, some retards still show me a shit face when I do that, but that’s their problem, not mine and that’s another blog post for another time.) The problem with Trump was – and is – that he never seems to wake up to those “Oh shit! What a prick I was!” moments. And he is not known to apologize for any transgressions, ever. He has clearly lost the election but he has still not conceded, and any idiot can predict that Mr Orange Man would eventually probably be dragged off stage from the White House, kicking and screaming like a petulant child (that he is) denied another lollipop.

One half-baked academic and self-styled elder statesman recently pronounced that the zeitgeist of the world is infused by the character of the man who occupies the Oval Office. (Tell me something I don’t know, fakir wannabe!) So, I hope, with Biden, despite all his flaws, (plagiarism, the shenanigans with the Chinese involving his son, his gaffes, his disturbing and perverted habit of touching and hugging people, including sniffing little girls’ hair, ewwww, what a sicko!!! etc) will bring some civility to world politics from now on. Hopefully, the cacophony of bovine scatology will subside, and the world will once again realize that silence is golden.

I’m not getting my hopes up though. For the next God knows how many years, self-proclaimed experts will be “analyzing” the Trump years and talking about lessons learned etc.

It is what it is.

Everyone needs to make a living off something, I suppose.

Was browsing around when I saw this writeup below on several sites; a contrary view/food for thought?

The clown, buffoon, imbecile, moron, idiot in the White House

The clown in the White House just brokered four Middle East Peace Accords, something that 71 years of political intervention and endless war failed to produce.

The buffoon in the White House is the first president that has not engaged us in a foreign war since Eisenhower.

The imbecile in the White House has wiped out ISIS and has brokered fairer trade agreements with Mexico, Canada and the European Union. Oh, he also made us energy independent and an exporter for the first time in over 75 years.

The clown in the White House has had the greatest impact on the economy, bringing jobs, and lowering unemployment to the Black and Latino population of ANY other president. Ever.

The buffoon in the White House has exposed the deep, widespread, and long-standing corruption in the FBI, the CIA, the NSA, and the Republican and Democratic parties.

The buffoon in the White House turned NATO around and had them start paying their dues.

The clown in the White House neutralized the North Koreans, stopped them from developing a further nuclear capability, sending missiles toward Japan, and threatening the West Coast of the US.

The clown in the White House turned our relationship with the Chinese around, brought hundreds of businesses back to the US, and revived the economy. Hello!!!!!!!

The clown in the White House has accomplished the appointing of three Supreme Court Justices and close to 300 Federal Judges.

This same clown in the White House lowered your taxes, increased the standard deduction on your IRS return from $12,500 for Married Filing Joint to $24,400 and caused your stock market to move to record levels over 100 times, positively impacting the retirements of tens of millions of citizens.

The clown in the White House fast-tracked the development of a COVID Vaccine – it will be available within weeks – we still don’t have a vaccine for SARS, Bird Flu, Ebola, or a host of diseases that arose during previous administration.

The moron in the White House has kept prescription drugs costs from increasing during his first term. That is unprecedented.

The clown in the White House rebuilt our military which the Obama administration had crippled and had fired 214 key generals and admirals in his first year of office.

The idiot in the White House has drastically reduced the volume of illegal border crossings during his term in office.

I got it; you don’t like him. Many of you utterly hate and despise him. How special of you. He is serving you and ALL the American people. What are you doing besides calling him names and laughing about him catching the China virus?????

And please educate me again as to what Biden has accomplished for America in his 47 years in office?

I’ll take a “clown” any day versus a fork tongued, smooth talking hypocritical corrupt liar. Please let it be known, I am not sure I would want to have a beer with him (if he drank, which he doesn’t) or even be his friend. I don’t care if I even like him. I want a strong leader who isn’t afraid to kick some ass when needed. I don’t need a fatherly figure – I already have one. I don’t need a liar – that’s what Hollywood and CNN, MSNBC, ABC, NBC, CBS and the New York Times are for.

I don’t need someone to help me, but I also don’t want an obstacle or a demented, senile washed-up Swamp Monster.

The world is a dangerous place – history has proven that. If the ‘world’ loves our President- it’s probably since he and our country is a chump for admiration.

Donald Trump – the most unappreciated President in history.