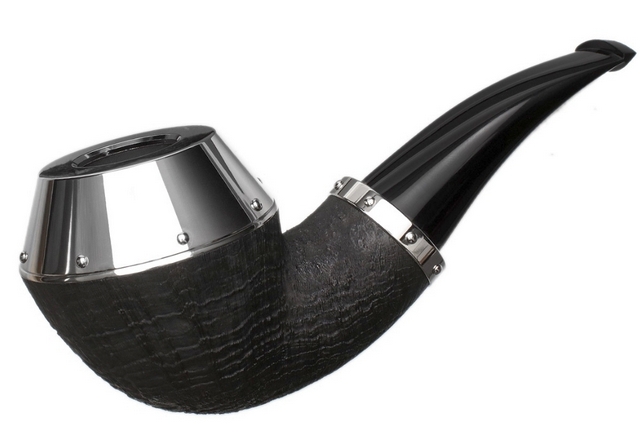 I developed an aversion to Tsuge pipes since my friend Kyozaburo Tsuge was elected as a vice president for the Asian region of CIPC (Comite International des Pipe Club). No, it’s not jealousy. It’s just that I believe it is a blatant conflict of interest, something that the honchos at CIPC have deliberately chosen to ignore. The Tsuge Pipe Company had a large war chest. It is an influential oligarchy. The election for the position was on “home ground” and the company’s largesse enabled it to enjoy numerous unfair advantages. Financial prowess enabled hobnobbing, influence-peddling and ingratiation with the right people. Nothing wrong with that, the company being a commercial behemoth, after all. Yup, it’s a commercial enterprise, it exists to make money, it is not a charity or a pipe collectors’ interest group. But surely, it’s not easy to resist the need to do one’s job and maximize company profits when you have an arena like CIPC? I therefore expressed my views accordingly to the appropriate people. In any case, it has been over a year since Tsuge assumed the position but, predictably, nothing seems to have come out of it.

I’m not one to mince my words but many people are unable to accept feedback, no matter how constructive. Not unexpected, since these are the ones who are no paragons of probity anyway. I once helped a retard set up shop, even equipped his store, donated stocks for him to sell, and connected him with suppliers who – given his reputation – would otherwise not touch him with a ten-foot-pole, but when I told him that it would be a conflict of interest for a retailer like him to stay in a particular WhatsApp group, his lunch invitation to me for later that week was abruptly withdrawn and I – and my friends – were subsequently fucked by him on a level we had never experienced before. I was eviscerated. Talk about ingrates! Those who give you feedback are those who care, others will just pretend like nothing is wrong and let you fuck yourself up. People who correct you are not harming you – they are helping you. The only thing to be ashamed of is lacking the courage to acknowledge a mistake, to hold fast in error when you know better. Worse when it is a foreigner who has forgotten that he can be sent packing back to his home country in a matter of hours if the authorities here determine that he is an undesirable element. It behooves every foreigner not to forget this, at this point in time when anti-foreigner sentiment is at an all-time high.

“Perfect friendship is the friendship of men who are good, and alike in virtue,” Aristotle said in The Nicomachean Ethics. It’s a great quote to remember.

In any case, I now constantly remind myself to continue a good habit, that is: never to offer unsolicited advice. Why become a clay pigeon for the ungrateful to try their marksmanship, right? Why become a Nathan to the Davids of the world? Just leave them alone, and let them rot. That’s the path they have chosen. Nathans are not always appreciated. See this.

There is a difference between those who retail pipes for a living versus those who bring you world-class masterpieces by world famous pipe-makers like Lee von Erck, Jerry Zenn, etc because they want to promote pipe collecting, and study kapnismology, not gouge customers for unreasonably high profits by committing daylight robbery or by pressing their thumb on the weighing scale when selling tobacco by weight.

So, best to let things be.

Amazing! Two contrasting reactions to essentially the same type of feedback. The way Tsuge responded to my advice about conflict of interest was significantly different from the response of the second person. Tsuge was amicable and appreciative, the other person upped his douchebaggery to the max.

Anyway, it’s been a while since I’ve personally purchased a Tsuge pipe, this gigantic one – see picture above – is a Christmas gift from a dear friend.

It was made to commemorate the company’s 80th anniversary in 2016. It’s a limited-edition Rhodesian that’s a blend of aesthetics and practicality. According to a gushing copywriter bullshitting, er, I mean embellishing for the site that sold the pipe: “Bright metal adorns the rim, providing protection against any darkening or charring and is easily removable. Additional metal graces the shank-end, offering flashy contrast against the rest of the piece’s jet-black color palette. The muscular shank continues the bowl’s heartiness and contains reverse calabash engineering within, offering an expansive cooling chamber within. The sandblasted finish is impressive as well, displaying a fascinating array of ring grain that radiates from the heel and creeps up the bowl’s flanks before meeting the metal rim.”

I am thankful for the gift but have decided to keep this pipe out of my sight.

NOTE: I’ve been blogging long before Jack Dorsey shared the first tweet ever.

And I have lots more to say.

But if international travel ever drops her pretty panties in 2021, I’ll hightail out of Singapore, though no amount of international living and traveling experience in the past can protect me from the anxiety of having a Chinese face in an era that has seen a surge in hate crimes against Asians.

So, Happy New Year! A much better year than this one, hopefully.

This is just au revoir, not adieu.