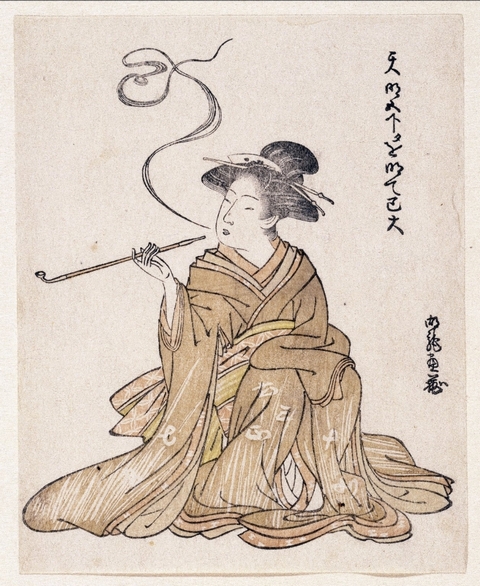 Tobacco entered Japan in the Momoyama Period (1568-1600) through the Portuguese.

It was smoked using a bamboo pipe with a fine metal fitting on either end. It is called a “kiseru” which literally means “smoking tube.” 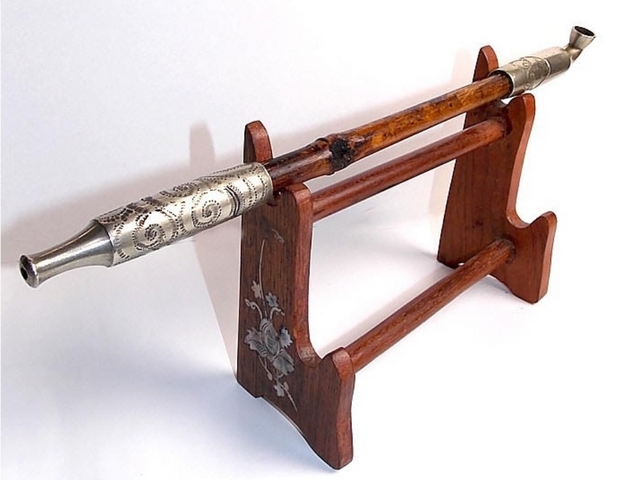 The kiseru is traditionally used for smoking a tiny serving (about 25 mg) of kizami, a finely shredded tobacco resembling hair. 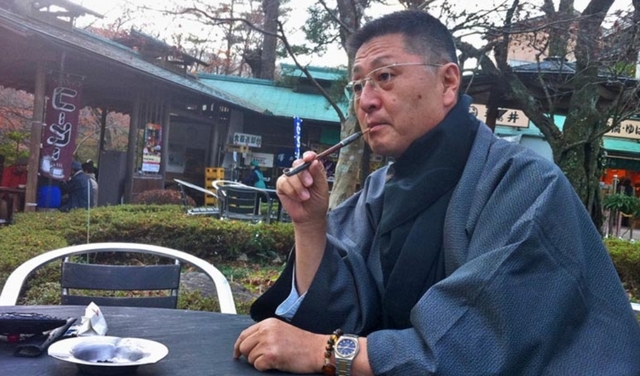 It is said that the bowl is tiny because tobacco used to be an expensive luxury in Japan. Production of kizami ceased in 1979 but limited production restarted as there was still a market for the traditional tobacco. (In recent years, there is a renewed interest in smoking and collecting kiseru pipes.) Currently, kizami is being made by only one company in Japan. Interestingly enough, the other company making kizami is a Belgian one.

Because each kiseru is basically a rod with metal ends, extremely long kiseru could be carried as weapons, especially by the gangster-like Kabukimono samurai of the Edo period.

These pipes were known as Kenka Kiseru, meaning “fight pipes” and are parts of Shikomibuki or “hidden/trick weapons.”

On every first Sunday of September, since 1954, a Kiseru Festival is being held on Mount Kaba-san, in a place called Ishioka of the Ibaraki region. During this event, managed by the Kabayama Shrine, a large kiseru 2.5 meters long and weighing 60 kilograms is being carried from the worship hall on the mountain to the main Yamagami hall where Shinto rites are then performed. 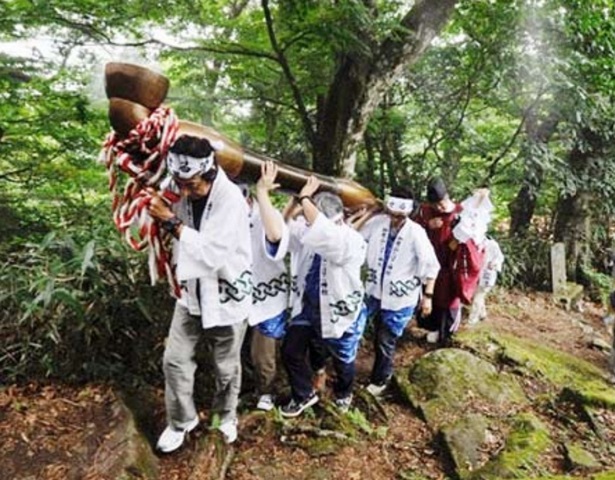 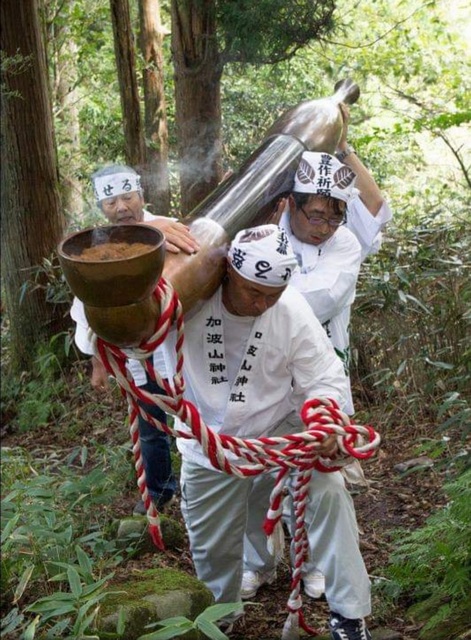 I hope to participate in this Festival one day. It’s on my bucket list!

And I will bring along my favorite kiseru, which is a very unique pipe made with some kind of peach kernel and a twisted bamboo stem. The mouthpiece is made of horn. 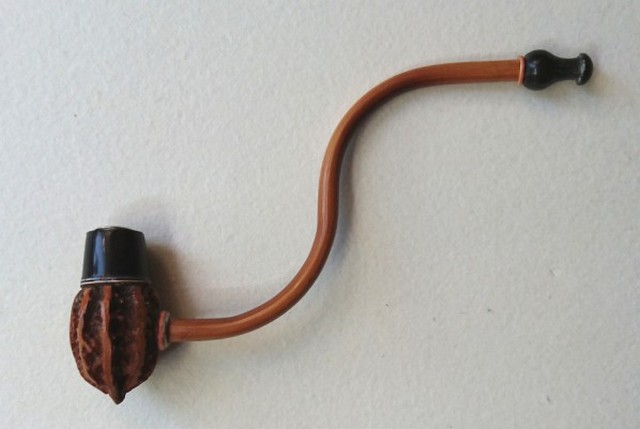 I have many kiseru pipes, but this is my favorite.