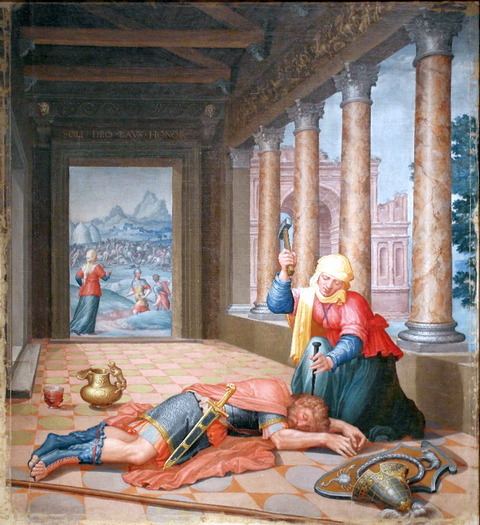 In chapters four and five of the book of Judges, we read of the defeat of the Canaanites by Deborah and Barak.

Deborah’s courage and faith in persuading Barak, discerning the activity of God, and stirring others to accept their responsibilities were instrumental in the victory.

The book of Judges also introduces us to another great woman, by the name of Jael.

A bit of background: Jabin, King of Hazor, oppressed the Israelites for twenty years. His general was Sisera. He was eventually beaten by Barak.

Heber’s wife Jael brought Sisera into her tent with apparent hospitality and gave him milk. At Sisera’s request, Jael promised to hide Sisera and covered him with a rug; but after he fell asleep, she drove a tent peg through his temple with a mallet, her blow being so forceful that the peg pinned his head to the ground. The painting above shows Renaissance artist Lambert Lombard’s depiction of the account, though the book of Judges said that the killing actually took place in a tent. 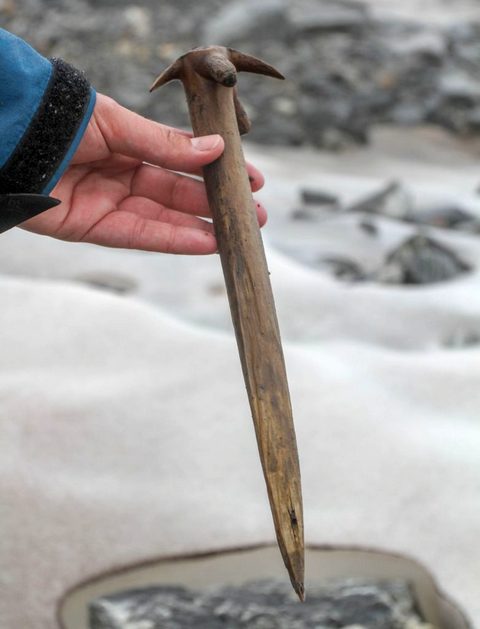 I believe I am married to a great woman, a protective and caring wife, who will not hesitate to drive a tent peg – such as the one in the picture above – into the temple of my enemy. I am blessed. Praise the Lord!

However, some men are not so lucky.

Some men’s wives – the moment they open their mouths – destroy every shred of good deeds their husbands have spent years doing.

Some wives are more concerned about their egos: they retaliate at the remotest hint of being criticized; for example, they may give their husbands the silent treatment and they may sulk for days. Never mind if their husbands are not well and need care.

Some wives can never be wrong, believing that they come from families of know-it-alls, that everyone else is an idiot, that only they and their families are the smartest people on planet earth, that their families have the monopoly on wisdom.

Some wives are just alpha bitches and control freaks and their husbands can’t even fart without their permission.

Some wives are just plain toxic – Jezebels who are pathological liars, are cunning, manipulative and conniving and cannot be trusted at all. After a fiery altercation, because of their way with words, twisting and turning them, they can still come out smelling like roses, leaving their victims looking like bullies.

All these diabolical wives can never succeed in marriages; they drive their husbands to suicide, if not to an early grave via myocardial infarction or brain aneurism.

Proverbs 31 should be mandatory reading for all women.