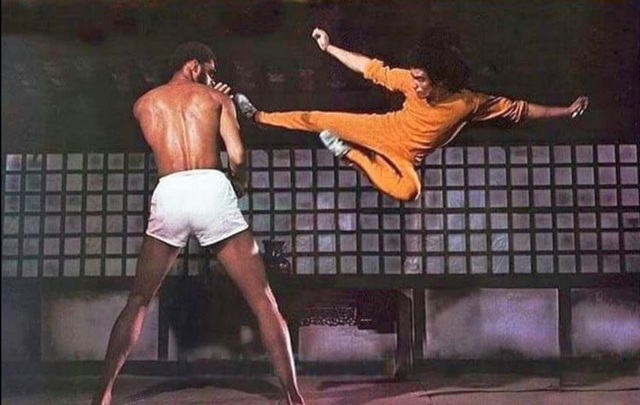 Since the advent of COVID-19, Asians have been attacked in Australia, Europe and the USA.

Cases in the US are especially appalling.

In January, an 84-year-old Asian man was walking in the Anza Vista neighborhood of San Francisco when a 19-year-old asswipe slammed into him, knocking him down and killing him.

In the same month, a 91-year-old man was shoved from behind by a scumbag while he was walking down a street in Okland’s Chinatown. He fell on his face, but survived. And in New York City, a 61-year-old Asian man’s face was slashed from ear to ear. An Asian woman was set on fire…

Earlier this month, an Asian American woman was spat on three times and called “Chinese virus” while out with her baby in Queens, New York.

Also this month a 75-year-old Asian man in California died from a traumatic brain injury and brain damage after being knocked to the sidewalk from a single punch by a robber who has a history of targeting older Asians. Plus, six Asian women were gunned down in Atlanta just last week, only to have a retarded sheriff’s captain downplaying the murder and explaining away the killer’s action by saying “he was really having a bad day.” When I have a bad day, I binge on chocolates but when this shitbag had a bad day, he went around shooting Asian women. (Well, he actually killed eight women in total, six of whom were Asian.)

Based on 2018 data, the Census Bureau estimates that there are 22.6 million people of Asian descent living in the United States, representing 7% of the country’s total population, with the largest communities coming from China, India and the Philippines.

Trump’s calling COVID-19 the “China virus” and “kung flu” in addition to racism and the resentment and incomprehension of a small yet aggressive segment of the population refusing to accept that the US is changing have perhaps contributed to this. The fact that only 40% of Americans have passports and one in ten have never traveled out of their home states only make them more bigoted.

I’ve just been told that my hip pain is the result of degenerative wear and tear. The official diagnosis is “loss of joint space in both hip joints, with subchondral sclerotic changes, more apparent on the left than right, compatible with osteoarthritic changes.”

The excruciating pain causes me to hobble and I have to use a walking stick now.

Basically, my situation can be summed up in three words: “I am fucked.”

My American buddy Phil is planning a road trip across the United States this summer and he has invited me to join him, if not for the entire journey, at least for part of it. I’ve said “yes” to him because indeed, if international travel ever drops her pretty panties, I’ll hightail out of Singapore, though no amount of international living and traveling experience in the past can protect me from the anxiety of having a Chinese face in a country that has seen a surge in hate crimes against Asians.

There have been reports that the Singapore government plans to discuss the creation of a “digital vaccine passport” system that would enable a “travel bubble” between Singapore and other countries with low COVID-19 cases. But so far, it has been just talk. If those overpaid bum fodders in the government would just pull their collective pinheads out of their hemorrhoidally swollen rectums, we might actually see that happening before the Elon Musk Mars landing.

Anyway, if infection numbers go down significantly in the US, and enough people there are vaccinated, there’s a good chance that a “travel bubble” between the US and Singapore will become a reality. When that happens, I will definitely join Phil this summer. And I hope he carries a gun with him at all times, at least a S&W 500. And I also hope that stashed away in his car is something that packs even greater firepower.

If not, if one of those anti-Asian douche bags decide to attack me, I will be more than just fucked. I’ll be dead.

No sir, I don’t want to come back home in a box.

Meanwhile, I’m applauding this: Last week, a 75-year-old Asian grandma in San Francisco was punched in the eye by a white asshole, age 39. The plucky old lady picked up a stick and beat the shit out of the white guy, who ended up bleeding in the mouth and had to be wheeled away in a stretcher. Nearly US$900,000/- have been donated to this grandma for her medical treatment, but she has donated the entire amount back to support the minority community. Isn’t that amazing! Anyway, and unfortunately, even if I had the balls of that old lady, I would lose my balance if I try to fight back in a similar situation; so it’s absolutely essential that Phil must carry a gun. 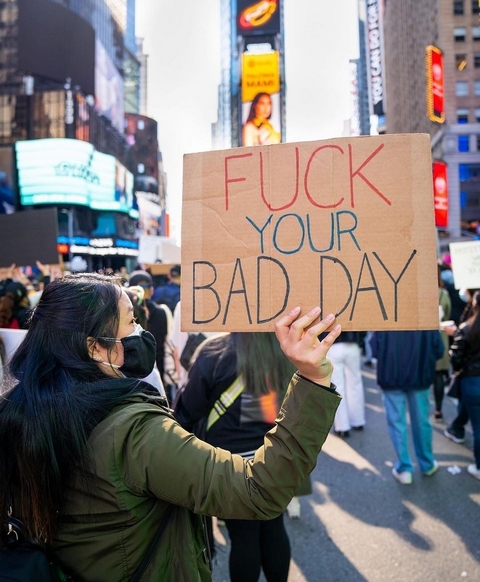