Not too long ago, some clown named Arpan Roy wrote a letter to The Straits Times saying:

Keep smokers farther away from others during Covid-19 pandemic

Smokers are allowed to lower their masks for extended periods while smoking.

I would like to understand the official logic and science behind allowing this to happen while the rest of the population needs to mask up and maintain social distancing during this Covid-19 pandemic.

As a researcher in the semiconductor industry, I have a background in particle sizes and detection, as contamination is a big issue in the sector.

Note the significant overlap between cigarette smoke particle size and the size of droplets that cause viral transmission. Particles of the same size travel similar distances in airstreams.

Therefore, if I can smell the cigarette smoke, I should also be at risk of being infected by a viral droplet.

So, shouldn’t smokers be made to isolate themselves more as they can potentially infect a lot of people when they smoke?

The act of pulling down the mask and blowing smoke does not prevent the spread of the virus in any way.

Now he has me worried.

Every year, the Indonesians burn their forests, causing smog to shroud neighboring countries. (To know more, do a search on this blog by typing the word “haze” into the search box at the upper right of this page.)

I suspect it’s happening again, because just a couple of days ago, I could actually smell it.

So I’m going to die soon?

Because following Arpan Roy’s logic, if you can smell it, it means the virus is here too.

Last I checked, Indonesia had something like 43,000 deaths from COVID-19.

But seriously, unless Arpan Roy’s degree is from Manav Bharti University of Himachal Pradesh, he should invent a mask that allows smokers to smoke while wearing their masks.

For your information, Manav Bharti is said to have sold 36,000 degrees and some of those degree holders – fake fakirs – are working in Singapore, enjoying expat status, living the high life, and often, stirring shit, unlike this other dude, whose degrees are believed to be real: 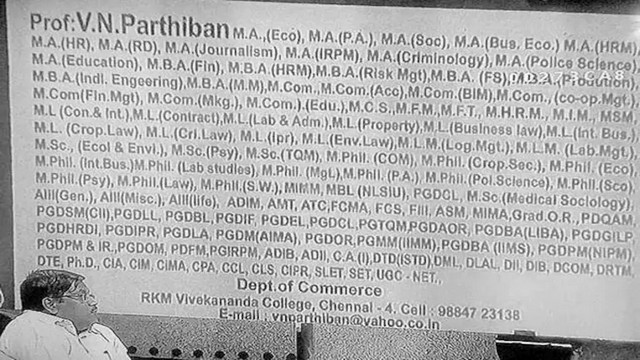